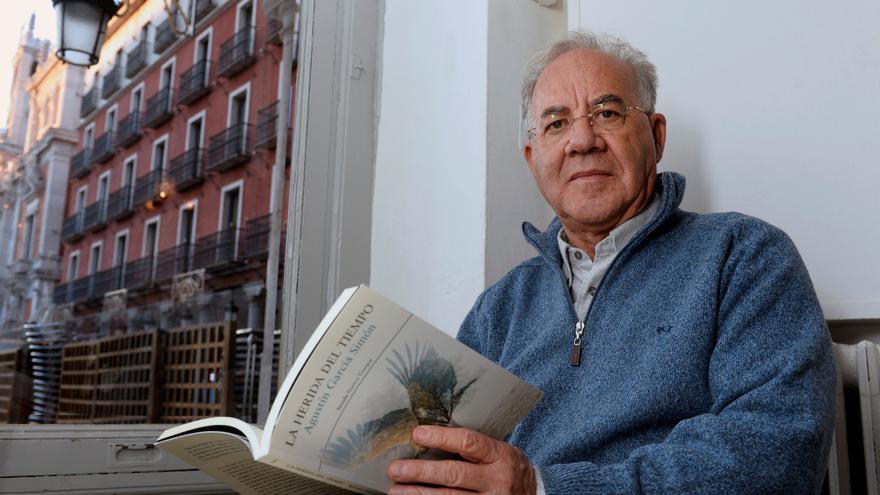 Valladolid, Jun 5 (EFE) .- A frugal snack based on sour cherries, a little bread and a glass of wine that he barely tasted, after hearing mass at dawn, preceded the slaughter in the Plaza Mayor of Valladolid by Álvaro de Luna (1390-1453), valid for John II and one of the most illustrious minds of the 15th century, promoter of the modern State.

His precursor condition, in the transition from the feudal oligarchy to a modern state around the figure of a king, was what caused his unfortunate death in the peninsula of the five kingdoms (Castilla, León, Aragon, Navarra and Portugal), defends the historian Agustín García Simón in a biography dedicated to his figure.

"How is it possible that Álvaro de Luna, a bastard of the Aragonese nobility, prevailed in his time in the most emerging and powerful kingdom of Spain? Why doesn't he have a great biography like the great characters in the history of Spain? "García Simón (Montemayor, Valladolid, 1953) asked himself in an interview with the Efe Agency.

The main keys to this forgetfulness, disdain or ignorance, which all add up, are found in "Don Álvaro de Luna. The tragedy of a precursor" (Marcial Pons Historia), the result of an investigation of several years in the Simancas Archive and dozens of documentary sources, including the chronicles of King Juan II of Castile, by Alvar García de Santa María.

Unlike other nobles "he stands out because for the first time a man of his exceptional conditions comes to understand that ideas and not force must make their way in a society, that of his time, tremendously greedy, violent, brutal and feudal in the struggle for the power that he also aspired to, but in a different way, "he added.

In this differential feature, García Simón added, qualities and virtues converge in all orders, "but the main one was that he had ideas and convictions, something very strange in the first half of the 15th century", an intelligence, personality, finesse and political acuity that anticipated by several years, almost a century, the theories that Machiavelli condensed in "The Prince" (1532).

"He himself also aspired to power. He was a very ambitious man, but much more intelligent and subtle. He knew that force was fundamental and also war as an instrument of imposition, but also you had to have and apply ideas. This is where they start. the vaginas of the modern state "in the Iberian Peninsula, he insisted.

"Instead of razing towns and estates as the feral nobility did to maintain their heritage and privileges, they conceive power around a symbol that is the king and some institutions that protect him: that was audacity in a time of feudalism", a boldness that expired on the scaffold erected in the Plaza Mayor of Valladolid, a few meters from the facade of the current Zorrilla Theater.

A painting by the romantic and historicist painter Rodríguez Losada, dated 1866 and hanging in the Senate Palace, shows the executioner with his head slaughtered high and a friar, in a corner, calling on public charity to pay for the burial of the remains of Álvaro de Luna, finally buried in the Cathedral of Toledo, in one of the chapels of the ambulatory.

His tragedy is one of the phenomena of the 15th century, during which he conceived the idea of ​​a "great Atlantic kingdom in the Iberian peninsula to control the English threat: it had an idea of ​​the State", García Simón has underlined, which generated hatred among the nobility who, not being able to ally with him, pushed to the end of his days on the gallows.

"That hatred that provokes the superiority of an individual over others in all respects was not taken very seriously by Álvaro de Luna, and that is what killed him. The greed of the mediocre always aims at the best, that's why it is It is normal in history to see how those who are at the peak of power are charged because envy and ambition cannot bear it ", this historian has summarized.

The figure of the valid, master and constable refers to current issues such as "the hatred between the two Spains" and the downward price of talent and intelligence in the forms of government, he added before specifying that Álvaro de Luna "arouses curiosity from all over the world, they quote him but they know him very badly because nobody delves deeply, the sources are not scrutinized, he is not read in detail.