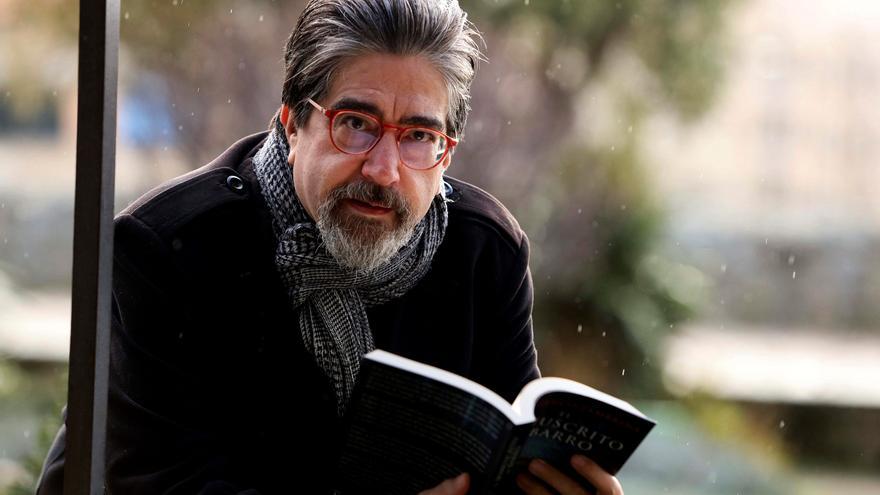 Zamora, Feb 6 (EFE) .- The novel “The mud manuscript”, the fifth in the saga that has as its protagonist the bachelor Fernando de Rojas, author of La Celestina, sees the light of the hand of the writer Luis García Jambrina, who He has created it in full confinement and sets it on the 16th century Camino de Santiago.

Regarding the four preceding installments, the novelty is a travel and adventure companion that Fernando de Rojas finds in a fictional archivist of the Santiago de Compostela Cathedral, Elías do Cebreiro.

In an interview with Efe, the author explained that these two characters, initially “very opposed” but between whom later a strong friendship arises, are inspired by “the great couple of universal literature”, Don Quixote and Sancho Panza. the time in the relationship between Sherlock Holmes and Dr. Watson.

His investigation, conditioned by the speed of advancing on the Camino de Santiago and at the same time “stopping the murders and stopping the crimes”, follows the French Way starting from the province of León, in “a more leafy and mountainous area, with many myths, legends and rituals present in the novel “.

In this way, the Zamorano writer and professor at the University of Salamanca has braided an itinerant novel of intrigue that progresses as stages of the Jacobean route are completed and that constitutes “an invitation to travel without leaving home”, and to feel ” from within the day-to-day of the pilgrim “and to be able to” get muddy. ”

In this way, “The mud manuscript” returns in a Jacobean year like 2021 to the environment of the Camino de Santiago five hundred years ago, at a time characterized by “insecurity” in the pilgrimage and by “a certain crisis and certain decadence” in the one who had entered the French Way.

Rogues, false and bad pilgrims converge in it, people who flee from the plagues of Europe and who seek to secure their livelihood and even those who had declared the pilgrim an enemy under the umbrella of Lutheranism, characters that cross over the plot with the bachelor and lawyer from Talavera de la Reina.

García Jambrina has confessed that after five published novels and another unpublished with Fernando de Rojas as the protagonist, the author of “La Celestina” has become his “literary de facto partner” and maintains “a very close relationship” with him.

“When I was confined, I only lived with Rojas, I lived more in the novel than outside of it,” said the author, who has detailed that like some he gave them through the kitchen during confinement, others for playing sports at home or by going back to reading, it allowed him to “strengthen” his relationship with his characters.

The pandemic has also changed the form of literary promotion, now especially virtual, which has drawbacks such as the lack of direct contact with readers and advantages such as conducting more interviews from home and in new formats, as explained by the Zamorano writer.

In fact, next Tuesday Luis García Jambrina will make a virtual presentation of “El Manuscript de Barro” on Instagram, through the profile of the Santos Ochoa bookstore in Salamanca.

The author has recognized that the restrictions derived from the covid-19 have made the current one “a good moment for literature”, with an increase in sales and reading, something that has been linked to the fact that the book “entertains, excites, teaches and allows travel without leaving home “.