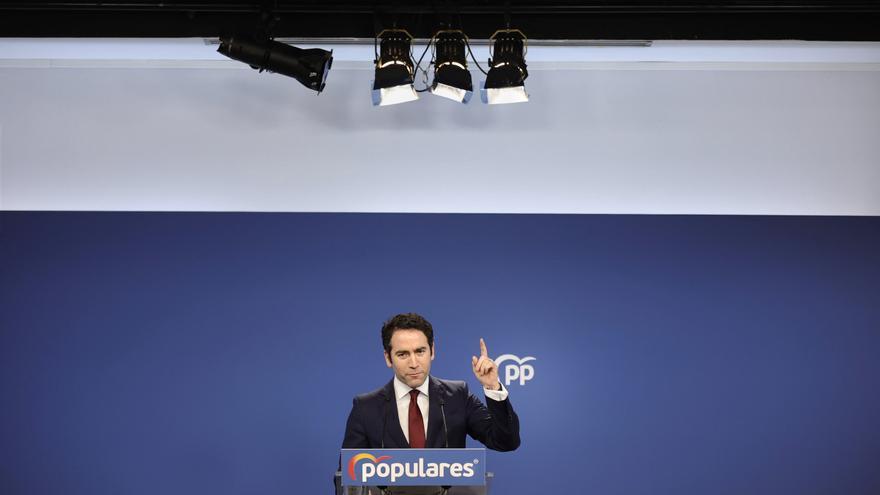 The general secretary of the PP, Teodoro García Egea, has charged in the control session in Congress against the latest unemployment data. "No jobs have been created, almost 200,000 jobs have been destroyed. Propaganda does not create jobs," said the popular deputy, after questioning the second vice president of the Government. In addition, he has charged against the labor reform prepared by the Executive. As he has defended this Wednesday in the Government control session, the popular deputy has maintained that the law prepared by the Executive does not repeal the text of the PP. "You have made it up to make it worse", he has assured about the labor reform promoted by Yolanda Díaz. "It has been to approve the reform and unemployment rises. They are going to end temporary employment by sending all Spaniards to unemployment," García Egea pointed out.

In 2021 the Government closed with 840,700 more jobs and unemployment fell to the lowest level since 2008. Although in January the dynamics have not been similar because there has been a drop of 198,000 affiliates to social security, January is always a bad month for the labor market, with falls in the average affiliation and increase in unemployment, and this year has not been an exception, also marked by the sixth wave of the pandemic. The data is actually more favorable than on other occasions, especially on the side of unemployment and permanent contracts.

Faced with these criticisms, Díaz has defended the policies deployed by his Ministry. Among the consequences of his measures, she has highlighted that Spain has "9.3 million women affiliated with Social Security" and the reduction of youth unemployment "by more than ten points". On this last piece of information, he has highlighted that fourteen years have had to pass to obtain a "one figure" like this. In addition, in the face of the reproaches to the labor reform, she has been concise: "If nothing changes, vote in favor of it tomorrow."