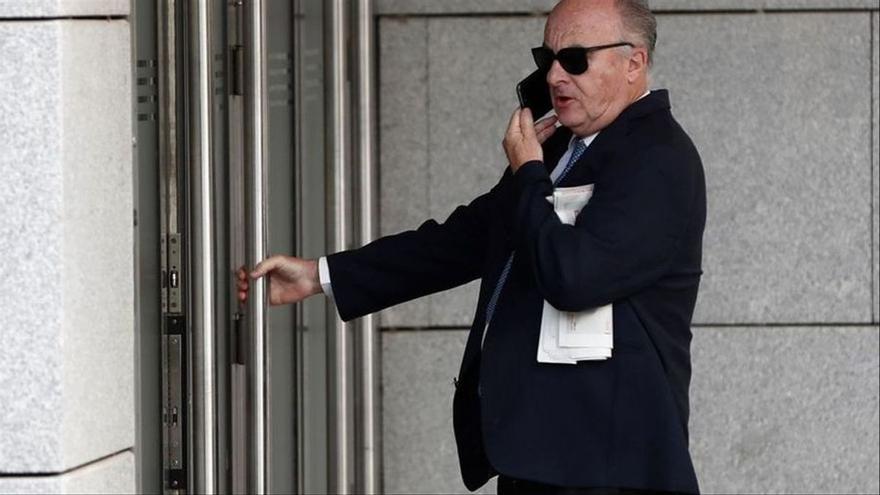 Two days after exhausting his possibilities of indicting Pablo Iglesias, Judge Manuel García Castellón has decreed the end of the investigation of the 'Dina case', which began when a copy of the phone stolen from the ex-collaborator of Villarejo appeared in the Villarejo file. Pablo Iglesias, coinciding with the content of various journalistic information published at the height of Podemos in 2016. On Monday, the Police informed the judge that they had not been able to access Dina Bousselham's mobile cardthe last trick in the line of investigation ordered by García Castellón against the former leader of Podemos.

The Criminal Chamber had reminded the investigating judge that the main line of investigation was that Villarejo was behind those leaks, but García Castellón decided to focus exclusively on the former leader of Podemos and his alleged criminal responsibility for keeping the phone card during months, despite not belonging to him, and for allegedly having damaged the device.

In an order dated this Thursday, García Castellón refuses to extend the case and thus sets the end of it for next Saturday, the 29th. That doesn't interfere for me to practice the steps that the Criminal Chamber forced him to take when ordering him to reopen the case. It is about the statement of Eugenio Pino, the former operational chief of the Police and architect of the political brigade against independentistas and Podemos, and of Dina Bousselham, the alleged harmed by Iglesias, who has been wanting to ratify before the magistrate for a year and a half that no It is considered such, and the former partner of this Ricardo Sa Ferreira.

If García Castellón had heard the ex-collaborator of Iglesias in a statement, the possibilities of indicting the politician would have declined immediately, since the crimes that the judge intended to attribute to him, disclosure of secrets and computer damage, require a victim. The Criminal Chamber has already corrected the judge forcing him to return the condition of injured to Pablo Iglesias in September 2020, but García Castellón went ahead and proposed to the Supreme Court to charge the then-registered person. The High Court rejected this request..

The judge hoped that the last expert commissioned from the Scientific Police could prove the moment in which the card was destroyed, in case it coincided with the time in which it was in the hands of Iglesias, coming from those responsible at the time for the Zeta Group. . In a report known this Wednesday, and which reached the National High Court 48 hours earlier, the Police specialists transferred to the judge the impossibility of accessing the content of the device and reaching further conclusions. García Castellón hurried to request the expert report on the card before complying with the order to summon Bousselham.

"There is no need for any further diligence arising from the well-deserved report, nor is it to be expected that from the statements that remain to be made the need to analyze any other avenue of investigation arises, so it is estimated that, after the practice of such proceedings [las declaraciones antes mencionadas]the instruction would be finished”, picks up the car, to which he has had access elDiario.es.

The Criminal Chamber forced to reopen the case by estimating an Anti-corruption appeal. In that letter, the Prosecutor's Office reminded the judge that the "main hypothesis" is that the "Villarejo criminal organization" delivered the contents of Dina's mobile card to Okdiario, El Mundo and El Confidencial. García Castellón clung to the fact that Bousselham had confessed that she sent some screenshots of those published to third parties, but as the Criminal Chamber reminded the judge, in the published information there was information that exceeded those forwardings by the owner of the mobile. In this case, the Prosecutor's Office opposed extending the investigation.

In his indictment, the judge proposed to try two Interviú journalists for revealing secrets, having previously delivered the card to Villarejo, and to the commissioner himself. The journalists allege that they received the device anonymously and that they gave it to Villarejo because he claimed it as part of a police investigation.