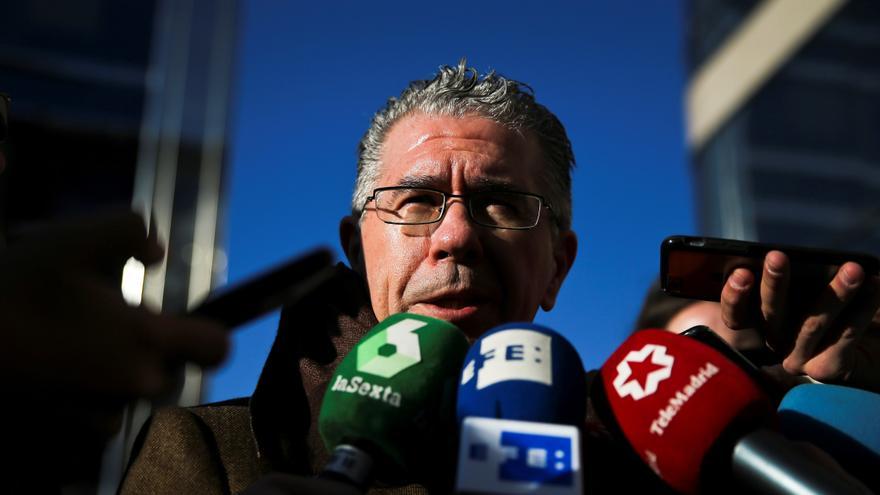 The judge of the National Court Manuel García Castellón has concluded the investigation of one of the pieces of the so-called “Punic weft“, number 7, which investigates the payment of illegal commissions in exchange for contracts for municipal parties through the company Waiter Music.

He prosecutes fifteen people for crimes of influence peddling and prevarication, among others the “brain” of the plot, the former secretary general of the PP in Madrid Francisco Granados and those responsible for the affected municipalities, among which is the former senator of the PP David Standing. The investigation is archived for more than thirty people who were accused in this procedure.

In October 2020, in a last push to the investigations of this October piece, Erguido declared before the judge that in his stage as Algete councilor he did not dedicate himself to hiring or payments for municipal celebrations and has discharged that responsibility in the city ​​council technicians because he was dedicated only to political issues.

However, the magistrate already had the testimony of the former manager of the investigated company, now deceased, who in 2018 admitted to the judge that he organized electoral events of the PP in Madrid and that he did not charge them, at the same time that he was awarded the planning of the festivities of numerous localities of the community.

The businessman also declared that the PP called him to organize this type of event because they owed him a lot of money and because he also considered that he did it very well, and that when there was a change of political color in the Madrid municipalities and the PP came to govern, took the opportunity to visit the new team to offer its event organization services.

In addition to against Granados and Erguido, the order to which Europa Press has had access orders that the former mayors of Valdemoro José Carlos Boza and José Miguel Moreno be brought to the intermediate phase of the case; the former councilors of Móstoles Esteban Parro and Daniel Ortiz; former councilors María Ángeles Herrera (Ciempozuelos); Immaculate Juárez (Algete); and Carlos Alberto Estrada (Moraleja de Enmedio).

In many cases, according to the judge, such a commercial relationship was possible because the different administrative files, when there were any, were predetermined so that they were awarded to Waiter or to companies directly or indirectly controlled by Huerta.

Thus, it was possible to count on a company that, on the one hand, carried out the conformity celebrations and, on the other and very importantly, “provided extra services at the request of politicians, either in extras decided at the time of the parties, or providing private services for acts of the municipal PP, well for some of its members who were never invoiced “.

Huerta carried out these orders to continue counting on the favor of the different municipal politicians in the awarding of celebrations, assuming the cost of some directly and, in other cases, presenting invoices for an amount greater than the commercial benefit of the cost of the acts.

During his statement before the judge, Huertas also referred to the festivities of the Madrid Mountain Area Council, which encompasses the 42 municipalities that make up the northern highlands, activities that the judge’s order also speaks of.

Another epigraph points to the concert “Night of the proms”, an event that has been organized in different European countries and which the former Madrid leader was infatuated with.

For the organization of the concert, 225,000 euros of public subsidy and 80,000 euros that came from the public land management company Arpegio were allocated and the businessman assured the judge that he lost 75,000 euros in this operation. He also claimed to have paid the expenses of the communion of the daughter of the former mayor of Algete Inmaculada.