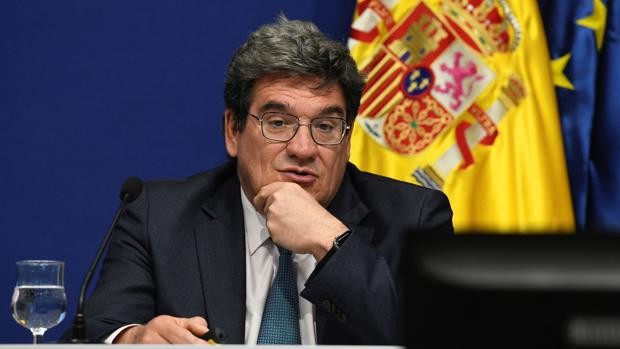 Maximum tension between businessmen and the Government on the last day before the Government holds an extraordinary council of ministers tomorrow to give the green light to the extension of the ERTE until September 30. This morning the confrontation between the leader of the CEOE, Antonio Garamendi, and the Minister of Social Security, has become more than evident in their respective public interventions. Garamendi has charged harshly against the minister’s position in an interview on Radio Nacional, whom he has accused of “being in a laboratory” and “not being in reality.” Escrivá, for his part, has remained firm in his position and has assured in another interview in Onda Cero that the Government is being “extraordinarily generous” with the exonerations and has tightened the already worn rope of this negotiation a little more: “The The end is not the agreement, “he said. According to Social Security, exemptions are being proposed for workers who remain in ERTE of around 70 or 60%, compared to 35% in May and June 2020, an argument also defended by other members of the Government, such as the Minister of Economy , Nadia Calviño, who support Escrivá in this case against the position closest to the social agents of the Minister of Labor, Yolanda Díaz, today on leave for medical reasons. Entrepreneurs, however, deny the greatest. They consider that precisely the reason why these exemption percentages were improved – “They are not aid, but compensation because companies cannot carry out their normal activity due to administrative restrictions”, Garamendi insisted – was that the harshness was taken into account of the crisis and especially its extension in time. Garamendi also assured that “what they are asking for is less onerous” than what Escrivá raises, and has ironically asked if there is anyone who believes that a worker is going to reactivate because they are going to “give him 100 euros” . “No, it is done because the demand has recovered,” he remarked. Escrivá, for his part, insists on the importance of “getting” the message that “things are going to get better.” “We have about 400,000 workers left in ERTE and in life the incentives are fundamental,” he defended. The minister also gives an example of how the job maintenance clause implicit in these protection schemes, and which was an element of friction in previous negotiations, is not being debated on this occasion. However, sources from the businessmen assure that if this circumstance has not been discussed, it has been because it was agreed that an extension would be discussed, “and that implies not changing the agreed rules of the game.” Something that, they reprimand, their department is doing. .