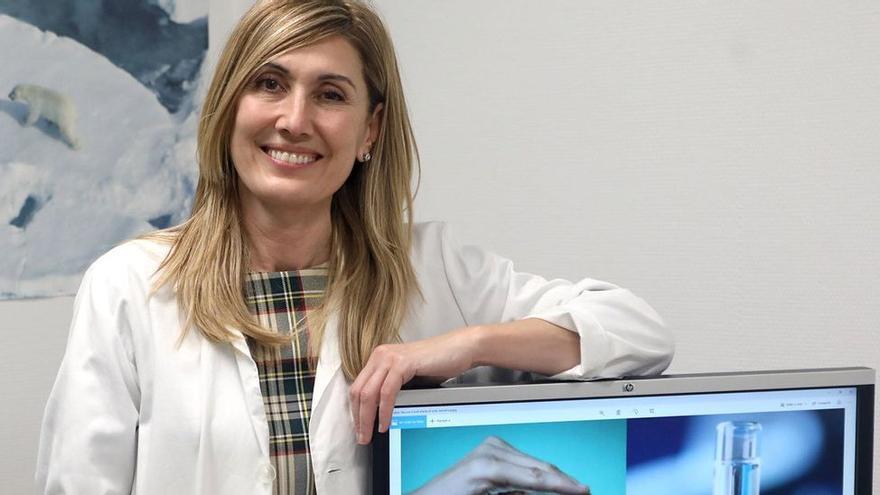 Jenny is a 38-year-old health worker from Vigo who has irregular menstrual cycles. After the first coronavirus vaccine scored his personal record in the longest period delay in his life: 73 days without her. It is a possible example of the effects of vaccines against SARS-CoV-2. Galician researchers have started an estudy to determine what alterations are produced and scientifically prove that there is a correlation between the vaccines coronavirus and menstrual disorders.

The research is being carried out at the Clinical Hospital of Santiago de Compostela by the gynecologist and professor at the University of Santiago (USC) Ana Cristina González Cea. This doctor explains that “the alterations are caused by the COVID vaccine or by having passed it. We believe that it is a fact of the virus itself that produces alteration in some hormonal receptor”.

“For six months, all the patients who arrive through Primary Care or through the consultations and that have perceived this type of hormonal disorder coincident with the vaccine or infection by covidWe study them. We have investigated and seen that many times it has to do with the vaccination or with a previous SARS-CoV-2 infection in the weeks prior to the hormonal disorder”, explains the doctor who clarifies that “it may be that in many cases it is not related but in many others it is”.

The disorders that they present are varied: delays of two or three months (amenorrhea, that is, absence of menstruation) or more bleeding than usual. He clarifies that “we see it more in patients who went through the infection than in those who were vaccinated. In any case, it is a punctual and transitory alteration with no effects –at least in what has been collected so far– on the patient's health. All biopsies offer normal results.

However, what really prompted González Cea to gather information and investigate “was that some postmenopausal patients had alterations” such as bleeding after receiving the coronavirus vaccine. "We are interested in knowing why this occurs," adds Cea.

7 out of 10 women say they have presented changes in the period after vaccination, according to a survey of 14,000. It will be studied whether these alterations are due to immunization against covid-19
🖋 Olga Ocon Hernandez of @clinicogranada Y @ibsGRANADAhttps://t.co/VimrnUFIac

The research is taking a decisive step by including among the researchers colleagues from the IDIS, the Sanitary Research Institute of Santiago. In addition, the Clinic Ethics Committee is helping to collect more analytical data with the consent of the participants.

"Thus, through biopsies of patient samples and blood tests We will look for the link between the virus and specific and temporary alterations in hormonal receptors. The IDIS will allow us to delve deeper to provide answers to these mechanisms”, defends the Galician gynecologist.

He underlines, however, that "it is not that the vaccine has a special composition that can cause adverse effects, but rather that we think that it is the virus itself that produces them”, since the reactions occur with the messenger RNA vaccines as well as with the others.

Cea is convinced that the adverse effects of these vaccines on menstrual cycles are "so common that they will have to include them in the prospectus, especially for the peace of mind of patients." He clarifies that "this does not mean that they do not have to consult their gynecologist because there may be other reasons that can cause this type of disorder."

The Santiago Clinic research is not the only one in Spain that has targeted the relationship between the COVID vaccine and the menstrual cycle. From the University of Extremadura, the researchers Cristina Carrasco plus Ana B. Rodríguez also study it together with the gynecologist Miriam Al-Adib Mendiri.

In all, they surveyed 17,515 women following the procedure of a similar study at the University of Illinois (U.S). Preliminary data show that Almost half of the participants – between 45 and 50% – have experienced alterations in your menstrual cycle.

These modifications have consisted in the duration of the period (49%), in the pattern of menstrual bleeding, the appearance of bleeding without menstruation.

After collecting this data, The second phase of the study will consist of analyzing the responses, although they do not rule out asking the participants if the effects persist over time. For these researchers, these adverse effects should be included in the technical data sheet of the vaccines.

Berciana Ana Cristina González Cea was born in Ponferrada (Lion). She studied at the University of Cantabria, in Santander, although she specialized in Gynecology in Compostela, where she finally stayed to live and work. Today, he teaches at the University of Santiago and works at the Clinic in the same city.

What put them on the track that something could be happening?

When vaccination began AstraZeneca in 2019 it was already beginning to be commented in some groups and forums of colleagues in the health field that some of them noticed menstrual changes. These modifications ranged from alterations to the period such as irregular cycles, very abundant bleeding both in quantity and duration just after vaccination, between five or six days post-vaccination and up to a month at most.

What do you recommend doing if any alteration is noticed?

It is very important that women know that the possibility exists, they should come to the gynecology consultation if they have had a hormonal disorder or a period of more than ten days or menopausal bleeding. Endometrial biopsy, to take samples from inside the uterus to send for analysis and rule out other pathologies.

Why have you requested the collaboration of IDIS, the Sanitary Research Institute of Santiago?

The idea now is that patients who come to the emergency room or gynecological consultation and it is seen that their alteration may be related to vaccination, can give informed consent so that they can participate in the study, which we will explain to them. They will undergo a blood test. With this, the IDIS colleagues can obtain information on hormonal changes. For this reason, we are talking to the Ethics Committee to take one more step in the investigation.

Why didn't health experts initially recognize the possibility that the vaccine caused changes in the menstrual cycle?

We did not associate it with the vaccine because it was not described, the who A few months ago he denied that it was an effect of the vaccine, now obviously they are going to have to give us the reason that it is not true. These are repercussions that do not coincide with the official effects of the vaccine that were reported at the beginning. At that time, the lack of knowledge that these effects were happening, together with the fact that the health services were saturated, meant that the best response was not given to the women who began to notice the first alterations. Now, we already have a study of more than a thousand patients from the University of Extremadura confirming that indeed changes are taking place.

Do you think that the package insert for vaccines should include these possible adverse effects?

It would be very interesting if the warning were included in the vaccine prospects. It is more frequent than until now we could think. There are many environmental factors that can modify a menstrual cycle: stress, diet, changes in habits, in weight... Sometimes women have normalized things that are not as normal as having a period with a delay menstrual period of two or three months or a heavy one.