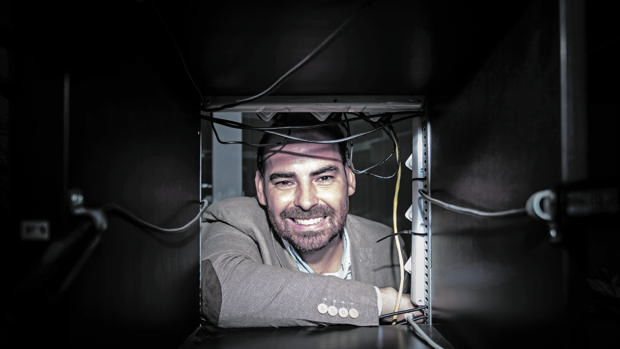 Galgus, a “made in Spain” startup, has just finished its acceleration on Facebook, has the backing of Wayra, and has raised three and a half million euros. Revolutionizing Wi-Fi technology and based in Seville, the company already has a list of clients with names such as Barceló, Real Betis Balompié, Telefónica and different municipalities. In Galgus they have managed to develop a ‘smart wifi’ with CHT technology (Cognitive Hotspot Technology), that is, the different points that are used to give Internet access in a network “collaborate” with each other, sharing information about the state of the network (connection, interference, saturation …). This information is used to optimize the network in real time and thus offer a better user experience. It is especially useful because in addition to being “five times faster than normal Wi-Fi in a congested environment”, it is more secure, it generates a stable connection even if it has a massive number of connected users, which is why its special application in places such as hotels, planes, stadiums, schools and offices. It was in 2013 when José González and José Antonio Delgado Alfonso decided to leave their jobs in an Irish company that developed screens for airplanes that transmitted content through a Wi-Fi network (unsatisfactory when many users tried to play multimedia content at the same time) to found your own company and develop a solution to that problem. Self-financing since they founded the ‘startup’ and then billing with customers who bet on their technology when it was still in a very early stage, mostly foreign customers, and particularly Americans. “During the first three years, 100% of the turnover was all abroad”, recalls González, CEO of Galgus. With a business that was growing, but was 100% dependent on airplanes, hotels and trains, the ‘startup’ was forced to reinvent itself when they were inevitably hit by the pandemic and decided to develop other markets, such as smart cities, the Spain emptied, schools digitized … Among others, because “smart wi-fi is part of any digitization process of a company.” .

Vodafone closes all its own stores in Spain