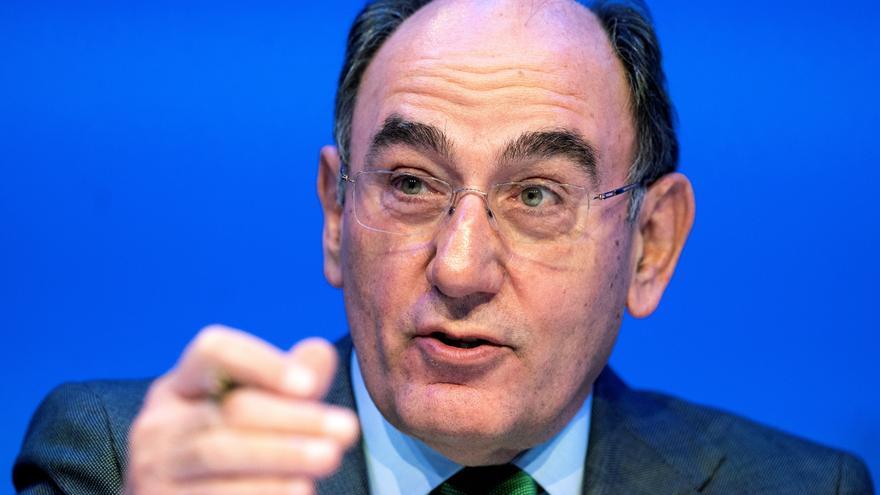 The imputation of the Chairman of Iberdrola, Ignacio Sánchez Galán, for the allegedly illegal orders carried out by the company to the former retired commissioner José Manuel Villarejo to spy on rivals and politicians has tarnished the 20th anniversary of the executive in the first Spanish electricity company at a key moment: waiting for the start of the distribution of EU aid funds, and in the midst of the sector’s pulse with the Government for the cut proposed to hydraulic and nuclear plants to try to stop the escalation of light, a proposal that Galán has publicly rejected.

Galán’s anniversary was fulfilled on May 21, days before he made himself “available” to the National High Court before an accusation that at that time seemed inevitable. The date served as an excuse for the New York Times you dedicate a laudatory article that, without ignoring the judicial scandal, described Iberdrola as “the Exxon of green energy” thanks to the vision of its chief executive, with praise from, among others, former European commissioner and former minister Miguel Arias Cañete, and a Galán’s warning to those who believe the time has come to seek relief: “I think I have to continue growing and directing this company.”

The Salamanca executive will turn 71 in September (he has two years left in his mandate). He landed at Iberdrola in 2001 as vice president and CEO and took absolute power 15 years ago, after the retirement of the late Íñigo de Oriol. In two decades, it has turned a domestic company into one of the large Spanish multinationals thanks to its early commitment to wind power (later extended to photovoltaics) and to internationalization at the stroke of a checkbook in the United Kingdom, the United States or Brazil.

Galán soon smelled the business after the decarbonization of the economy and the numbers support him. When it came to the group, Iberdrola was the third largest Spanish energy company on the stock market, with a value of 11,000 million, far behind Repsol (17,000 million) and Endesa (16,000 million).

Today, despite Wednesday’s crash (it fell 3.56%, its biggest drop since March 2020, in the midst of the coronavirus crisis), it is, with almost 67,000 million capitalization, the second most valuable company on the Ibex after Inditex, a the one that was punctually surpassed last summer, although the owner of Zara has once again taken the lead and its current value is around 95,000 million.

Oblivious to the sinister background of corruption of the Villarejo case, Iberdrola hopes to pulverize this year the record of profits (3,610 million) that it achieved last year despite the pandemic. Within the framework of the historic plan for the 2020-2025 period that it announced in November, with an investment of 75,000 million, it has announced that it will allocate 35,000 million to double its clean energy generation capacity in the next five years in wind, solar and the energy vector trendy, hydrogen. 80% of the investment will be directed outside of Spain. The company has presented 175 projects to qualify for European funds that would mobilize 30,000 million of investment.

Its president, a fixture in the rankings of the highest paid executives of the Ibex (in March pocketed shares valued at another 6.7 million for a multi-year plan and last year he earned more than 12 million), he has amassed in these years an accumulated salary that is estimated to be close to 200 million. He is among the Ibex priests who have been in charge of their companies for the longest time. Among the few who surpass him is his arch enemy Florentino Pérez, who has presided over ACS since 1993 and is one of the people that Villarejo allegedly spied on for Iberdrola.

The judge in the case, Manuel García-Castellón, has cited Galán as being investigated in a decision that has come later than expected. In May, the electricity company tried to anticipate events by sending a letter to the National Securities Market Commission (CNMV) lamenting the “attacks” against “the reputation and good name of the company” by former employees and “competitors” since a piece of the Tandem case was opened two years ago to investigate the orders to Villarejo and putting the leadership of Iberdrola, Galán included, at the disposal of justice.

Finally, his accusation has materialized after the Anticorruption Prosecutor’s Office requested it and once the Iberdrola meeting was held last Friday. García-Castellón has cited Galán, his former number two, Francisco Martínez Córcoles, the former president of Iberdrola Spain Fernando Becker and Rafael Orbegozo, former head of the president’s cabinet, as investigated. The four are being investigated for a continuing crime of active bribery, a crime against privacy and falsification of a commercial document.

According to a report from the Internal Affairs Unit of the National Police incorporated into the summary of separate piece number 17 of the Tandem case, Iberdrola paid 1.13 million between 2004 and 2017 to Villarejo to finance a dozen covert operations. The commissioner allegedly carried out espionage work against Florentino Pérez for which the first Spanish electricity company paid him 232,000 euros in the years of the frustrated assault by the construction company on the capital of the electricity company.

Several assignments to Villarejo were carried out when Galán was still vice president and CEO of Iberdrola: the so-called Arrow project (between 2004 and 2006), to expedite the permits for a combined cycle power plant in Arcos de la Frontera (Cádiz), and whose payments they were covered up through the security company Casesa, which, according to the judge, would indicate “a willingness on the part of the company to hide these jobs”; and the espionage of Manuel Pizarro in 2004 and 2005, the year in which Endesa was the subject of a Gas Natural takeover bid from which Iberdrola tried to cut a slice by sponsoring the purchase of assets of the resulting group that forced it to sell the Competition authority.

It so happens that today Pizarro is an independent director of El Corte Inglés, as is another of the defendants, Fernando Becker, a person considered very close to Mariano Rajoy.

With a personalist style, always close to the spheres of power, as befits such a regulated sector (and with dozens of ex-politicians signed up in recent years), the man from Salamanca is hardened in a thousand battles and the impact of the case remains to be seen. Villarejo in his future. In the short term, the electric utility’s board of directors, which is configured to suit you, will have to decide on your imputation.

The executive has already emerged unscathed from the dogfight with ACS and the falls of Bankia and CAM, former Iberdrola shareholders who were replaced by the sovereign wealth fund of Qatar, the first shareholder with 8.7% (but absent from the board). ). Now see how the criminal front opens. An area that is not new for Iberdrola, after the opening of an investigation for an alleged crime against consumers for manipulating the price of electricity in Spain at the end of 2013 that has been in the National Court since 2017.

The reputational blow of the retired commissioner scandal has had a serious impact on a good part of the most distinguished of the Spanish business elite. For now, the Ibex has settled with the accusation of Francisco González, former president of BBVA, Antonio Brufau, president of Repsol since 2004 (although without executive functions since 2015), the omnipresent Isidro Fainé, former president of CaixaBank and president of the Fundación La Caixa, and now, Galán.