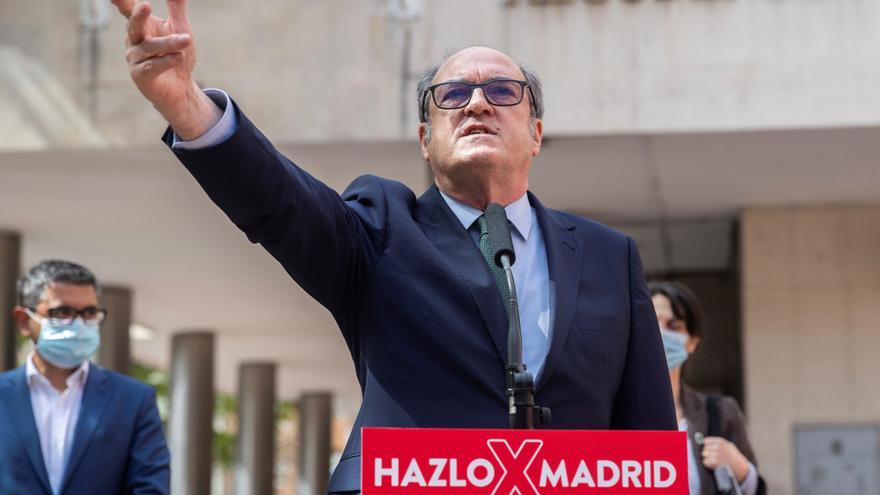 Ángel Gabilondo stops looking at the center and turns his campaign around to try to mobilize the left, whose participation the PSOE trusts a hypothetical victory for the progressive bloc, after verifying that the Citizens’ vote is leaking massively to the PP. In the socialist ranks, where they admit that Isabel Díaz Ayuso is the one who is most likely to continue in the Puerta del Sol, concern was beginning to spread over the stagnation or even the decline of the PSOE for the benefit of Más Madrid. The strategy of trying to attract the vote of Ciudadanos – sunk below 5% according to the polls – has not had the expected results. The campaign strategy now involves joining forces in the left bloc as the only way to seize power from the PP after 26 years. This was stated by Gabilondo himself at the end of the debate to six of Telemadrid, when he made clear his priority to govern in coalition with Más Madrid and reached out to United We Can after having renegade of Pablo Iglesias at the start of the pre-campaign: “I trust I can count on the support of United We Can to close the way to the Government of Colón. Pablo, we have twelve days to win the elections. ”

“The campaign advances and Gabilondo takes another step to expand the space of the left against the ultra right,” they point out from the candidate’s team, which attributes the change to Citizens’ decision to say ‘no’ to Gabilondo and “exclude themselves publicly supporting a new government with Ayuso “- the party of Inés Arrimadas stated from the first moment its intention to reissue an agreement with the PP-. These sources assure that entering this new phase “was planned” and they assume that Edmundo Bal will remain outside the Madrid Assembly. The calculation of the campaign team is that the PSOE only manages to capture between 5% and 7% of the escaped votes of Ciudadanos (the vast majority admit in the socialist ranks, they go to the PP) and that they represent about two seats ( around 45,000 votes).

Gabilondo now calls the “unity of the left”

“Only Gabilondo could do it on the left,” these sources explain about the PSOE’s attempt to expand the progressive bloc thanks to the growth of the socialists in the center. It is an analysis shared by political scientists and also by socialist leaders, although in the ranks of the party the way in which Gabilondo marked distances with United We can grind by saying “with this Iglesias, no” when he was still vice president of Pedro Sánchez and also that he launched himself so directly to by the voters of Ciudadanos, who were appealed directly in the acts of the pre-campaign.

Avoid talking about a coalition with churches: “I am not creating a government”

This is what he did in a ceremony in Alcalá de Henares this morning: “All our attempts to achieve approaches with two hands in all directions go so far, we will continue to do so, but this also means an important change. The call we make is to the voters of Ciudadanos to see if they want to support a government of Mrs. Ayuso or prefer a serious, progressive government; but above all the call is to progressives and democrats, to whom we want a community with a different government and another way to do things “. Although he has admitted that there is a “new orientation” in his campaign, he has denied that it is a turnaround.

During the debate, the socialist candidate distinguished his appeal to Mónica García, whom he invited to form a progressive government, from that of Iglesias, to whom he requested support to “close the way to the Government of Colón.” However, he has not wanted to pronounce on a hypothetical entry of United We Can in the regional Executive, which is the approach that Iglesias defends. “Now I am not making a government, I am making a call to achieve a majority capable of governing in Madrid,” he has settled in response to journalists.