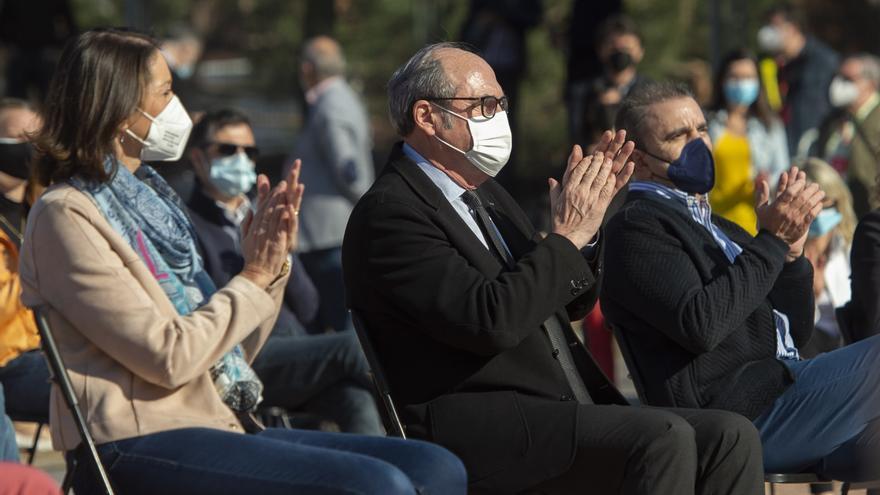 The PSOE cries out against the hate speech that Vox spreads and to which they attribute the threats received in recent days by the Interior Ministers, Fernando Grande-Marlaska, the director of the Civil Guard, María Gámez, and the candidate of United We Can, Pablo Churches. Also the letter with a bloody razor that has reached the Minister of Industry, Reyes Maroto, despite the fact that the investigations have led to the Police to identify a man with serious mental health problems as the author of the threat. “A letter arrived at my office where the words and hatred of that extreme right were revealed every day they arrive like a loudspeaker that resounds and ends up in a vulnerable person echoing in a letter and wishing my death,” said Maroto, who has participated in an electoral act in Fuenlabrada with Ángel Gabilondo.

“Against that hatred and intolerance, we socialists say enough,” emphasized the minister, who will be economic vice president if Gabilondo arrives at Puerta del Sol on May 4. Maroto, who filed a complaint at the police station before the police found the sender of the letter, had warned this morning against the danger posed by the extreme right to democracy along the same lines as Pedro Sánchez did this Sunday and had added: “All Democrats are threatened with death if we don’t stop Vox at the polls”.

The PSOE candidate has assured that it is “unworthy” and “unfair” that Marlaska, Gámez, Iglesias and now Maroto receive these threats for defending their ideals. Gabilondo has specifically referred to the person who has sent the letter to the Minister of Industry and has pointed to the extreme right regardless of their mental health problems. “Let us not trivialize the speeches of the extreme right. Now it is being said that the person who threatened was not well. That he had deficiencies. I do not know because that remains to be resolved”, he said before asking himself: “And what happens if that Is this person? Can you threaten if you are unwell? Or do we not know that events in the history of humanity with tragic consequences have been made by these people who in isolation are carried away by speeches that are planted like seeds hate speech and exclusion that what they generate are hate crimes? “. “That’s why I don’t take it as a joke,” he added.

“Faced with the degradation of politics and the shouting, let the reasons be heard,” said Gabilondo, who has insisted on claiming the vote for the PSOE against “fascism” and the “extreme right.” “If we do not vote, others will decide for us,” insisted the socialist candidate, that “no vote is worth more than the vote of any other person.” “This puts them on their nerves,” he celebrated.

Thus, he has questioned the current president of Madrid to tell her not to agree with Vox. “He will not agree with Vox because he is not going to govern,” has sentenced a Gabilondo who tries for the third time to seize power from the PP and who sees in the new scenario of the campaign a mobilizing framework of the progressive bloc that encourages the socialists, who were leaving with very low expectations for 4M. Gabilondo has also claimed himself as the leader of that bloc: “I am on the left that really changes things, among progressives who do not limit themselves to shouting and gesturing but want to change society.”