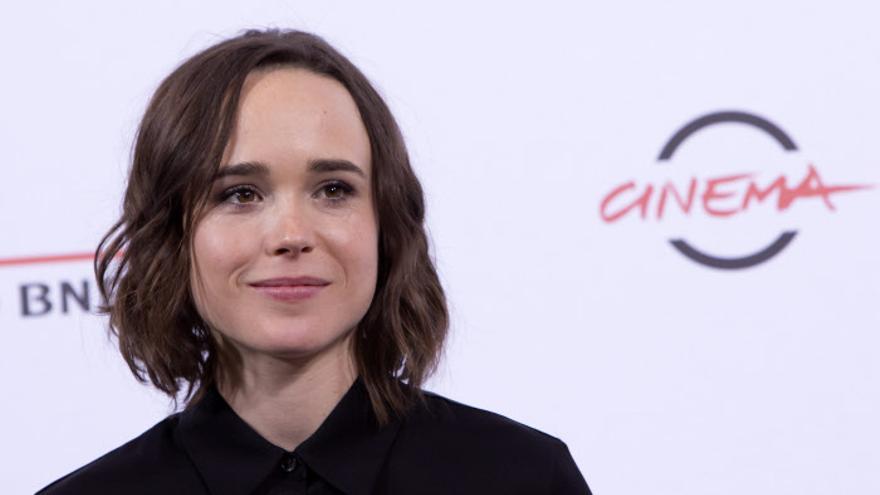 "Hello friends. I want to share with you that I am trans, that my pronouns are he / they and that my name is Elliot. I feel fortunate for writing this. For being here. For having come to this place in my life," wrote the actor Elliot Page in a statement posted on his Twitter profile last Tuesday.

A day before, if you searched for 'Elliot Page' on reference websites, such as Wikipedia, Filmaffinity or IMDb, it still did not appear as the actor who played Kitty Pryde in X Men, to Ariadne in Origin or Juno in the film of the same name, for which she was nominated for an Oscar for best leading actress. Currently the interpreter already appears in all of them with his real name.

Within hours, these common reference websites had changed his necronym - his birth name, also known as 'deadname' - to his current name. The same did not happen, less than five years ago, with the directors and creators of the Matrix trilogy, Lana and Lilly Wachowski, whose transition processes did not have a unanimous or rapid response from websites such as Wikipedia or Filmaffinity. The communities and professionals who support these portals now seem to react with greater speed and sensitivity, but the nomenclature and digital identity of trans people remains a disputed area.

"There has been a change in sensitivity in the treatment of trans issues, as well as an awareness in the community itself," explains Patricia Horrillo, coordinator of Wikiesfera. "In the case of Wikipedia, we are communities of volunteers who make the modifications and contribute to its contents." These communities modify the data that reflects the current and truthful condition of the person to whom the biographical articles refer, whether a politician dies or a trans actor or actress changes their name. However, the first case does not generate internal discussions but the second does.

"At the very least, it's a sign of decency when it comes to data management. I suppose this looks like normalization and it's definitely positive," says historian, writer and theater director Alana Portero. "In any case, although it is appreciated, it is still interesting that we are applauding (I the first) that they call a person by name. Until now trans lives have been so badly treated that the minimums are very low."

"There is an awareness of this situation and a desire to help make it visible that is not without problems. That is to say: the creation of articles by LGTBI people has always had a certain persecution, also on Wikipedia," explains Horrillo, because the encyclopedia most consulted free Internet "is not saved from the biases that exist in other spaces of society."

According to the Wikipedia expert, we have progressed from the Wachowski sisters to Elliot Page: "I remember an edition war on the articles of the two of them: there were editors who refused to put their name in feminine, the name that they had chosen." In spite of everything, Horrillo assures that "there are also sensitized groups within the Wikipedia editors community itself. It has been a lot of work to generate articles and biographies of LGTBI people. All that with the passage of time, fortunately, is taking hold. Currently the communities are more porous to all these things and react positively, showing their support in the modification of the articles ".

Alana Portero points out that, even today, the Wachowski sisters are not listed as such in many places. "Without a doubt, we have improved. Trans people, trans activisms, we have opened that gap, leaving us a lot along the way. It has taken a terrible effort to simply get called by our name and have a minimum representation real, which is still very little. We are still discussed about the name, do not believe it, with Elliot himself you can see the press today doing somersaults to justify the use of his necronym when it is not necessary, "he says.

The transition processes of the Wachowski sisters and Elliot Page were very different because no two are alike. But the three Hollywood figures share an LGTBI activism that they have been exercising for years. One that has earned them the favor of the LGTBI community, but also the rejection of an industry that is even more conservative than it seems.

"Politically, I value Elliot's career more than the advertisement itself, of which I am happy because I understand the burden that a person who comes out of the trans closet at 33 years old must have carried over," says Portero. "Of course, a non-adolescent trans life has a lot of representative value. It is necessary to make visible that this is so, that the reflection that trans people go through is very deep and can take a long time to forge even with everything in their favor, as it is the case of Elliot, a rich white non-binary man. "

And he adds that "what is politically relevant is the activism that he has developed all these years," his first coming out of the closet, which cost him a lot in the workplace, his documentaries, his presence as a LGBT and feminist cause ".

In addition to figures belonging to the field of Hollywood cinema, in the world of music there have also been examples that have led to advances in terms of trans visibility, LGTBI or inclusion of non-binary gender people. We talk about artists like Shea Diamond, Skylar Kergil, Teddy Geiger or Kim Petras among many others.

These names were joined on August 6 by the rapper and poet Kae Tempest, who through a text on Instagram stated that he was going to change his name and pronouns because he was a person of a non-binary gender.

"I've been struggling to accept myself as I am for a long time. I've tried to be what I thought others wanted me to be, to avoid rejection. But hiding from myself has caused all kinds of difficulties in my life. And this is a first step to get to know and respect me better, "he explained.

Until the writing of this article in elDiario.es, its current name was not reflected in the Spanish Wikipedia. She was referred to as "Kate Tempest" and in her professional description she was listed as "British poet, novelist and rapper." In the community of editors there is an open debate on neutral speech, but the normative use of masculine or feminine is preferred and the consensuses accepted by the Royal Spanish Academy are mostly preferred.

"It must be taken into account that in Wikipedia many of the people who contribute are defenders of the positions of the RAE. There is a rigidity in the language that is very difficult to change," explains Patricia Horrillo. "On the other hand, I think that maintaining certain idiomatic standards also allows Wikipedia itself not to become an unserious place when it comes to consultation", and adds that "Wikipedia does not try to go ahead of already established broad consensus".

According to Alana Portero, "the debt that we are accumulating with non-binary people should be alleviated as soon as possible. They are realities that carry the whole history between us and we cannot continue to pretend that it is not like that. the RAE and that they are taught officially, but non-binary people, in Spanish, have already discovered the pronoun 'elle' for us ".

For the historian and writer, "not using it is a matter of laziness or shame. I would rather pass it on and have to explain it to my interlocutors than continue to make my colleagues invisible. I have no doubt that Kae Tempest's has to do with that laziness and with considering to second-rate trans non-binary people. "

Patricia Horrillo teaches elDiario.es how to change the nomenclature of a trans or non-binary gender person in Wikipedia.