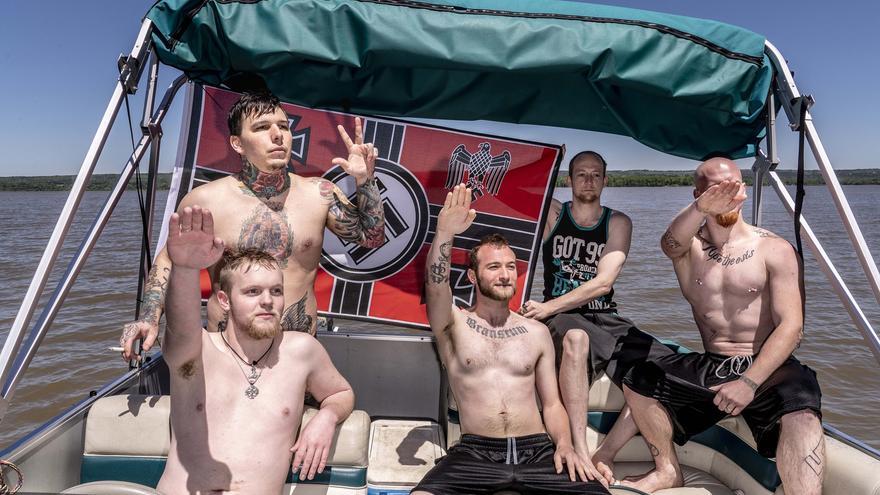 The announcement of the winners of the World Press Photo 2020 was somewhat diluted by the news. They were announced in April, the month in which the COVID-19 pandemic was already beginning to break through in our country. But the most important photojournalism contest in the world, as is usual in each of its editions, immortalizes a series of realities that deserve our attention.

Winning images are now displayed in the Center of Contemporary Culture of Barcelona (CCCB) until December 20 and, in addition, for those who cannot attend, they also arrive at Filmin through a video guided tour that details both aspects of the contest and the story behind each snapshot.

It should be taken into account that the images of the World Press Photo 2020 shot up in 2019 and therefore we cannot expect here any direct allusion to the coronavirus (this will happen in the next edition). Yes, there are other issues that, although we may have forgotten, marked society and whose consequences continue to this day. Let’s go over a few.

The contest has placed particular emphasis this year on the climate and environmental crisis. Despite the fact that the world is currently paralyzed by the COVID-19 pandemic, its origin and expansion may actually be related to the environmental disaster generated largely by human beings.

A reflection of this are the images of photographers such as Noah Berger or Matthew Abbot, who portrayed the annual fire season that devastated the forests of California and Australia, respectively. One of the consequences of global warming is the rise in temperature, drought and, therefore, the appearance of incense. But it is not the only sequel.

Permafrost, the layer of frozen soil that covers most of the northern hemisphere, is another element affected by climate change. With their disappearance, the plants they have contained for centuries rot, releasing carbon gases into the air that, in addition to destroying the fauna and flora of the Arctic landscape, worsen the greenhouse effect. The images of the reporter Katie Orlinsky, who traveled to the area to document such consequences, are an example of how the natives try to cope with a thaw that seems to be more and more accelerated.

Other outstanding images can be those of Brent Stirton, winner of the second prize for Photographic Reports in the Nature category. He immortalized how humans take wild animals out of their habitats to domesticate them, sell them in black markets or mistreat them. The Malayan pangolin is one of them, which we currently know as a possible intermediary in the jump from COVID-19 to humans. It is the most trafficked mammal in the world due to the price at which their meat is traded. Poachers, traffickers, consumers… There are many agents who are part of a questionable business that Stirton has captured through his lens.

The 2019 thematic agenda is defined by many reasons, but one of the main ones was that of gender inequality, which even affects the number of photographers participating in the World Press Photo: only 14% of women compared to 86% of men have won some prize.

Even so, there are awards such as that of Tatsiana Tkachova, in second place in the Portraits category, which focused on the taboo of abortion in Belarus. Despite being authorized by law, social (and patriarchal) pressure causes women who have undergone an abortion to feel ashamed of it. That is why Tkachova has decided in her series to hide the identity of women and, instead, what she proposes is a trip inside the houses of each of the protagonists.

There is also the Turkish photographer Sabiha Çimen, second prize in the Long-Term Projects category. In her report she brings us closer to the life of female students in Koranic schools, where girls between the ages of 8 and 17 have, among other tasks, memorizing the 6,236 verses that make up the Koran.

Mark Peterson, third individual prize in the Current Affairs category, caught three young racists with their arms raised celebrating Hitler’s birthday in Arkansas. White supremacists, who in 2020 have followed up on murders like George Floyd’s, have also been protagonists in a decade whose speech has also been spurred by the presidency of Donald Trump that is now coming to an end.

But you can also focus on the opposite, on resistance to oppression, and that is precisely what the World Press Photo of the year captures. The Japanese photojournalist Yasuyoshi Chiba, who lives in Kenya, captured a young man illuminated by mobile phones while reciting poetry at a demonstration against the military government of Sudan, imposed by a coup. “It was the only peaceful group protest that I encountered during the coverage. I felt their solidarity like embers that remain lit to relight the fire later,” Chiba said of his own capture. Neither the repression, nor the violence, and not even the blackout stops the group of protesters who, despite their young age, are an example of resistance and determination.