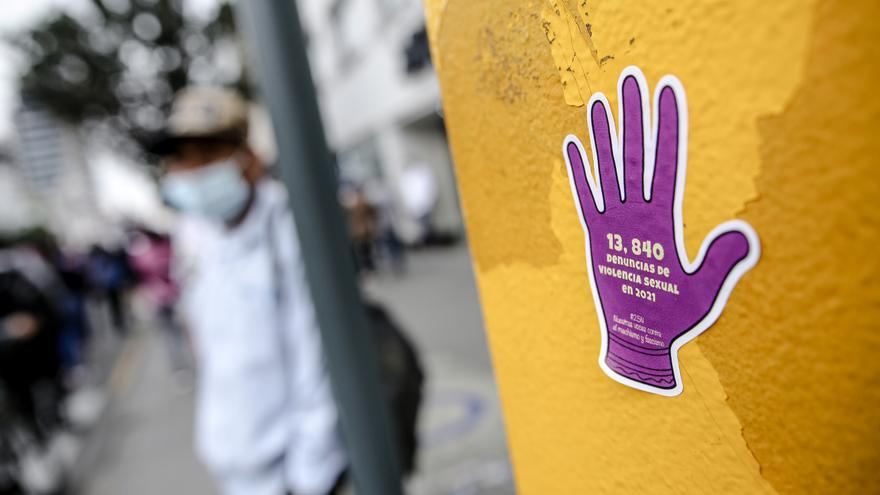 2021 has been, like the previous one, a year marked by the pandemic. In the midst of the management of the health crisis, vaccination and the waves of disease that are adding up, sexist violence has continued to be part of social reality. Spain has moved forward in 2021 to expand in practice that concept, that of sexist violence, and to recognize as victims those to repair, care for and protect women who suffer all kinds of violence, beyond the partner or ex-partner, as usual.

Thus, it complies with the mandate of the Istanbul Convention, the international standard of reference on the matter and which Spain ratified in 2014. Its content is, therefore, binding on our country. The Convention urges States to protect women "against all forms of violence, and to prevent, prosecute and eliminate violence against women and domestic violence." The State Pact was also inspired by this Convention and its measures include its guidelines.

On the one hand, the Law on Sexual Freedom –whose bill was approved by the Government last July– continues its parliamentary process and is expected to be definitively approved in the coming months. The norm equates victims of sexual violence with those of gender, and establishes the implementation of a network of comprehensive care services, something that was lacking in our country. All autonomous communities must have 24-hour crisis centers, prepared to attend to women who suffer sexual violence at all times. It also includes the creation of courts specialized in sexual violence - as happened with gender violence in a partner or ex-partner - and training for all operators involved in the process.

The lawyer and president of the Guatemalan Women Association, Adilia de las Mercedes, believes that it is "highly positive" that this vision has been broadened, "so restricted that the gender violence law showed in its beginnings." "It is a law that the passage of time forces us to overcome. There is jurisprudence in international law that supports it, and also references in other countries where this conception of gender violence was already broader," says De las Mercedes. Women who suffer sexual violence, but also victims of trafficking or sexual exploitation, are already recognized victims of sexist violence.

Since March 2021, the 016 helpline, as well as the counterpart online services, serve women who suffer from any type of sexist violence. A few months later, the Government also approved the expansion of the telephone assistance and protection (ATENPRO) to victims of sexist violence outside of the partner or ex-partner.

Until now, this mobile phone and telelocation resource could only be accessed by victims who suffer violence by men with whom they have or have had a romantic relationship. From now on they will be able to use this service that offers immediate and specialized attention to women who suffer sexual violence, sexual exploitation or trafficking.

On the other hand, the so-called "Enabling title" is already underway. It is an administrative accreditation, not a judicial one, so that women who have suffered sexist violence can access resources and aid. Before it was necessary to have a complaint, but now the administrations will be able to prove a woman's victim status so that she or her children can receive, for example, psychological or legal attention. Women who suffer sexual violence will also be able to access this title, which will allow the system to reach many more women. The difficulty of reporting or facing the judicial, social and personal process involved in reporting means that many do not do so.

The specialized lawyer Consuelo Abril considers all these developments important, although she stresses that they should not remain on paper, but rather put into practice with guarantees. And it adds a type of violence on which there is still much to work on: institutional. "It is a type of violence that encompasses almost all of them, it comes to say that the institutions are not giving an adequate response to violence, neither in prevention nor in punishment. There we have to continue placing great emphasis," says Abril. Although in the last decade there has been progress, at least, in making this institutional violence visible, a more ambitious approach is lacking, he argues.

Consuelo Abril mentions as an example what continues to happen in many cases with minors and mothers who ask for the suspension of the visiting regime of the abusive father or of the one they suspect of mistreating in some way or abusing their children. "Not only when they denounce it, they receive institutional violence because they do not obtain a response or guarantees, but also suspicion and guilt fall on them for why they have denounced it." Currently, he adds, it is practically impossible to get a sentence suspending visits to a parent, except in "very extreme" cases.

At the beginning of December, several United Nations rapporteurs issued a statement in which they criticized that the Spanish judicial system does not sufficiently protect minors from "abusive parents" and pointed out that there is a "discriminatory bias" that makes the testimony of women is perceived as less credible than that of men, even though they evidence of abuse. They urged Spain to do more to ensure that its legislation is applied and to take effective measures to prevent these cases.

It is what the Children's Law, approved in May, which provides, for example, that the suspension of visits to abusive parents is preferred. "We need a change of direction: for a son it is not good to have an abusive father even if he is apparently affectionate with him or gives him many gifts," says Consuelo Abril. Lawyers and experts continue to highlight the lack of a gender perspective of many judges, which sometimes makes it difficult for regulatory advances to be put into practice.

Since this January 1 there is a new statistic in which, in addition to fatal cases of gender violence within the partner or ex-partner, sexual, family, social or vicarious femicides are also recorded. It does so after a process of defining the categories in which they have consulted with different bodies, including the General Council of the Judiciary or the European Institute for Gender Equality.

Adilia de las Mercedes celebrates that there is finally an institutional recount of all femicides, "not done by organizations, but by institutions, and that it is taken into account to develop public policies." The president of the Guatemalan Women Association is critical of the term 'vicarious femicide', the murder of minors or women with the intention of harming another woman, a definition that does not exist in the laws of Latin America, pioneers in the categorization of these crimes.

At the end of November, all parliamentary groups, except for the extreme right of Vox, closed an agreement to renew the State Pact against Gender Violence. The 13-point document calls for declaring as essential all services and resources for reparation and attention to victims, which should extend their assistance to women who suffer all kinds of sexist violence, not only in the sphere of the couple. He also speaks of "guaranteeing the institutional response" to all types of sexist violence. The state regulation, he says, must expressly contemplate economic violence, vicarious violence, and violence in the digital sphere.

On the other hand, the modification of the Abortion Law finalized by the Ministry of Equality includes the normative recognition of violence gynecological-obstetric violence. The concept has raised blisters, especially in medical colleges, which reject its use and the mere existence of this violence. It will be in 2022 when the rest of the competent ministries will discuss with Equality the possible changes of this norm. The text will establish a definition of this type of violence and will develop the pertinent rights.

The World Health Organization (WHO) recognizes that many women suffer a "disrespectful treatment, offensive or negligent during childbirth. "The organization speaks of" physical abuse, humiliation and verbal aggression, coercive or non-consensual medical procedures, lack of confidentiality, failure to obtain fully informed consent, refusal to provide medication against pain or serious violations of privacy "as a" violation of women's rights. "In 2019, the UN classified this obstetric violence as a "widespread phenomenon".

In addition, the parliamentary groups of the PSOE and United We Can have begun work to bring a Law against Trafficking for the purpose of sexual exploitation to Congress this January. The law will include a social and labor insertion plan for women in prostitution contexts and victims of sexual exploitation with the aim of "guaranteeing their rights and vital alternatives for all of them." Both groups want to "emphasize" that the irregular administrative situation of women victims "will not be an impediment to accessing all their rights as victims."