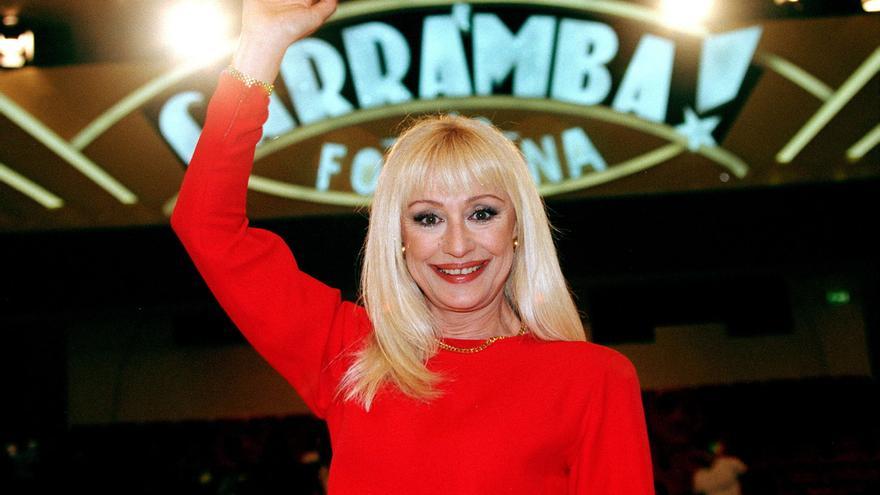 Raffaella Carrà died this Monday at the age of 78 for a disease that was detected recently. Throughout his more than 60 years of professional career in the world of music and television, the italian artist won the hearts of the audience in Spain and Italy with formats such as ‘Hello Raffaella!’ or ‘Let’s save Eurovision’. We review the most remembered programs of Raffaella Carrà on television in our country.

‘Hello Raffaella!’, The format in which Spain waited for your call

After a long television career in Italy, the first program that Raffaella Carrá presented in Spain was ‘Hello Raffaella’ !. The weekly space broadcast by La 1 de TVE was on the air from May 1992 to June 1994 and featured interviews with relevant characters, performances on set and contests. Loles León, Las Virtudes, Cruz y Raya, Marianico the short, Pedro Reyes and Moncho Borrajo were some of the artists who were part of the team of regular collaborators. One of the most remembered sections was the mythical call that he made at random to a spectator, who could win succulent economic prizes if they picked up the phone and responded with the title of the space.

‘At eight with Raffaella’, the fruit of the success of his ‘Hello Raffaella!’

After conquering the Spanish audience in ‘prime time’, In the 1993-1994 season, the Italian singer combined ‘Hello, Raffaella’ with ‘At eight with Raffaella‘, a magazine with games, contests, humor and shows that he presented together with Loles Leon Monday through Thursday in the afternoons of the public channel. In fact, one of the installments in this format was a kind of dress rehearsal for the weekly prime time show.

‘At home with Raffaella Carrà’: his jump from TVE to Telecinco

In 1995, after the end of ‘Hello, Raffaella’ and ‘At eight with Raffaella’, Raffaella Carrà returned to television in our country with Telecinco with ‘At Raffaella’s house‘. This format had some reminiscences of its previous programs, mixing, once again, humor with contests, games and visits from famous people, who were also interviewed.

‘Contigo’, the telemarathon with which TVE tried to help the children of Nicaragua

Almost nine years after ‘At home with Raffaella Carrà’, the telemarathon ‘With you‘marked the brief return of the artist to TVE. The objective of this telemarathon, which he presented together with Loles León and Ramón García, was to obtain a large number of children sponsors to start humanitarian projects in Nicaragua.

‘Salvemos Eurovisión’, the format that Rodolfo Chikilicuatre sent to the European festival

Raffaella Carrá has also been linked to the Eurovision Song Contest throughout her television career as a presenter. In 2008, Raffaella Carrá returned to TVE to lead ‘Save Eurovision‘, the format in which Rodolfo Chikilicuatre (David Fernández) he was chosen as the representative of Spain at the 2008 Eurovision Song Contest with ‘Baila el Chiki-Chiki’. The preselection only had three deliveries in which names such as Coral Segovia, Guille Milkyway (The Blue House) or Lorena Castell (Lorena C), they were chosen through a revolutionary MySpace election system.

Carrá also presented the programs before and after the grand final gala of the 2008 Eurovision Song Contest, which was held in Belgrade, the capital of Serbia.

The host of the special for the 60th anniversary of TVE

The last program that Raffaella Carrá presented in our country was’60 years Together ‘, the gala that TVE held at the Madrid Arena to celebrate its six decades of regular broadcasts. Mónica Naranjo, Marta Sánchez, Diana Navarro, India Martínez, Ruth Lorenzo, Santiago Segura, Carlos Latre, Ernesto Sevilla and Joaquín Reyes, Among others, they starred in the humorous and musical numbers with the symphony orchestra of the entity of this special, which was produced by Gestmusic Banijay.

As mentioned above, Raffaella Carrà has also made a mark in the world of the Eurovision Song Contest. In addition to being the favorite of many Eurofans to present the next edition of the competition after Maneskin’s victory, the artist was in charge of giving Italy the points in the 2011 grand final, the year in which Italy returned to the competition after 14 years of absence.