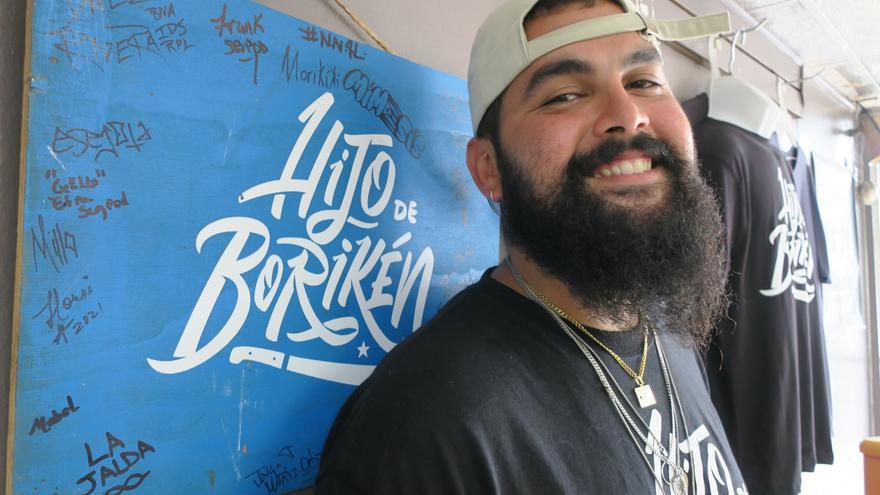 San Juan, Jul 31 (EFE) .- After making himself known as a singer of the group Los Pleneros de la Cresta, Puerto Rican Emil Martínez jumped onto the rap scene and published his first solo album, “El Hijo de Borikén”, whose Thematic objective is “to carry a social message, of reflection and relief,” as he told Efe.

“For me, that’s what I like the most. They are genres of expression. In the plenary session it is the combination of the melody of the proclamation, the singing, the news, and in rap you have more opportunity to write poetry, a poetry that also the people can be identified as the working class, “Martínez explained to Efe this Saturday.

Son of Juan “Llonsi” Martínez, a member of the full Viento de Agua group, the young artist carries with him a musical background that prompted him to found Los Pleneros de la Cresta in 2013, a group that became known for the song “Los de the island”.

At that time, Martínez was studying at the University of Puerto Rico (UPR) – Río Piedras campus (San Juan) – and participated with his group in various stages and projects, such as in the soundtrack of the documentary “El Antillano”, dedicated to Ramón Emeterio Betances, with the theme “El Hijo de Borikén”.

This song, as Martínez admitted, is the one he has written with the most “pride” and led him to accept the title as his stage name as a rapper and as the name of his first solo album that he will present this Sunday at the Fok brewery. in Caguas.

The album, which officially came out on the market last July 4, consists of 12 songs in the rhythms of rap, bomba, salsa, merengue, salsa, reggaeton and guaguancó, and touches on themes of social, political and even religious awareness.

“Hip-hop culture begins in the street with African Americans and Puerto Ricans. So, the full is the people’s newspaper, because through the choirs it is customary to tell what is happening in the public arena, and in rap, the same, due to its social message, reflection and relief, “explained Martínez.

That consolation that Martinez, 28, refers to, he lived during the years he studied psychology at the Carlos Albizu University, in Old San Juan; and, at the same time, he sang fully with Los Pleneros de la Cresta.

“I was doing my doctorate, but I was having a hard time. I was on the journey that I was going to dissociate myself from this question of music, I turned that page and was going to be a psychologist,” he admitted.

“I left the UPR in a fit; it was a super impulsive decision. I was stuck, to the point that I didn’t want to make music again,” he said.

Upon arriving at the specialized institute, Martínez acknowledged that he had entered into “a very great cultural change”, since the men had to wear button-down shirts and long pants, and not show up with caps or earrings in their ears.

“I felt like a foreigner there. I noticed that I did not belong there. I did not visualize myself and every day I wondered what I was doing here. The worst years of my life were at that university,” added Martínez, who then decided to resign from the institution academic and dedicate himself fully to music.

It was then that little by little and contributing his voice as a backup singer for other rappers, such as SieteNueve and Luis Díaz, he became interested and dedicated himself to composing rap songs until he completed 23 of them and with the help of the musician Aníbal Vidal, better known as ” The S “, to prepare his first album.

“When I do backing vocals with Luis, I take the opportunity and express my concern to rap. He told me to put up with me, because I knew I could do more. My journey was to rap, make a rap album and a full one,” he said.

That is why Martínez and Los Pleneros de la Cresta will soon release their second album.