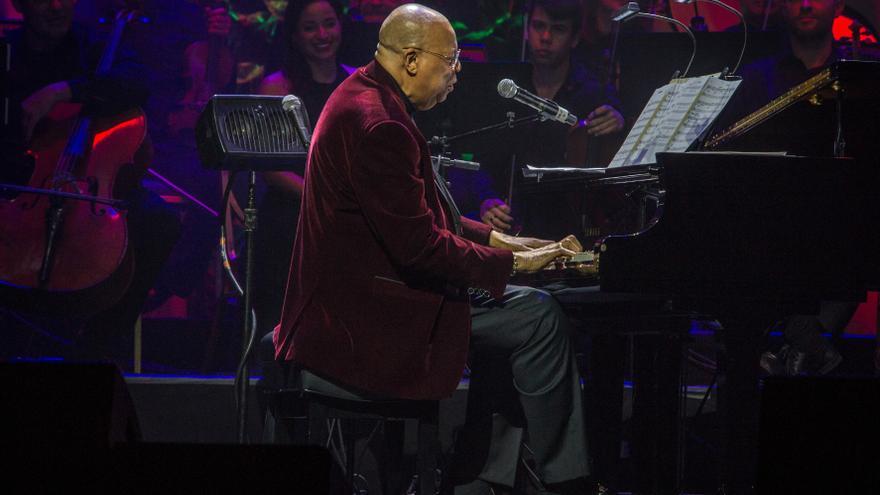 Madrid, Jun 24 (EFE) .- From Miguel Poveda to Chucho Valdés, passing through Zenet, Cristina Mora or Buika, jazz will flood this summer – between July and September – the exteriors of five Royal Sites, including the Royal Palace of Madrid , with the second edition of Jazz Palacio Real, with thirty-seven concerts, most of them free.

As the organizers have pointed out in the presentation, this edition will be marked by the recognition of the female role with the project “The woman in music”, “specially created for this cycle and composed of four concerts that range from jazz and soul to classical music”.

“Women have been a real discovery in the classic season that we have, it has been a great success and, therefore, we also wanted to give them a voice in the Jazz edition, that they were the protagonists. Women have filled our souls and have made us enjoy ourselves for years, “said Llanos Castellanos, president of the National Heritage, at a press conference accompanied by Zenet, Chucho Valdés and María Berasarte.

The Royal Palace of Madrid will be the main stage of Jazz Palacio Real 2021 with twenty-nine concerts, seven in the Plaza de la Armería and twenty-two in the Campo del Moro Gardens, of which fourteen will take place in the Queen’s Pavilion and eight in the Fountain of the Shells.

“Thanks to all the town councils that this year have once again contributed their grain of sand so that we can carry out the second edition; Without their support and collaboration, it could not have been carried out ”, thanked Castellanos.

One of the objectives it has this year is to reach 16,000 visitors, as well as to bring to everyone the “happiness and joy” of music while “enjoying the Heritage spaces that our country has”.

Silvana Estrada, Carminho, Noa & Gil Dor Feat. Marco Mezquida, Miguel Poveda, Buika, Chucho Valde´s and Zenet are the protagonists of the seven concerts that will be held in the Plaza de la Armería, the largest stage of the cycle, with a capacity for 1,600 spectators and which will occupy the nights of July 20-27.

An excited Valdés has been “grateful” to be able to participate in a “great” musical event like this one and has detailed how his shows will be: “I come with my quartet, we have done quick rehearsal work, but very good. We are going to bring the rhythm and pure flavor of Cuba. For me, Spain is very special, I bring the tribute I made to a great pianist in history, Chick Corea ”.

For his part, Zenet has indicated that his concert will be based on the presentation of his latest album, “Zenetianos”, in which he collaborates with artists whom he “deeply admires”. “I thought we were never going to finish it because of the whole issue of the pandemic, but in the end it is here and what better place than this to present it,” he said.

The concerts “Classics versus classics” and “María Berasarte, French song and female fado”, belonging to the “Woman in music” program, will be presented in the Patio de Caballos of the Royal Palace of Aranjuez, with a capacity of 209 people , on Friday 10 and Saturday 11 September, respectively, and in the Patio de la Herradura of the Royal Palace of La Granja de San Ildefonso, with a capacity of 250 people, on Saturday 7 and Sunday 8 August.

“Who would have thought that after so many years he would be singing those songs that are so important to me (those from his first album) here. With my concert I want the sonority of two cities like Lisbon and Paris to come together under the chords of the guitar and my voice ”, Berasarte pointed out.

Likewise, taking into account the commitment of Jazz Palacio Real to give support and visibility to young talents, two of these concerts will be performed by Combo Pepe Rivero and UAX Vocal Ensemble, musical groups belonging to the Alfonso X el Sabio University, an institution with which Patrimonio Nacional has a collaboration agreement.