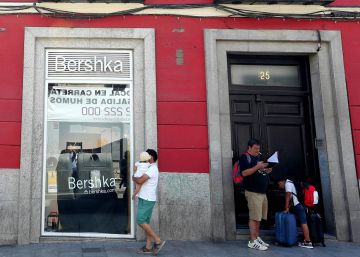 The pandemic has paralyzed the rental of tourist apartments. According to a study by Airdna (an analysis website specialized in Airbnb and Vrbo), between 70% and 90% of reservations made on both platforms for the months of March and April in cities around the world were canceled. Forecasts for the future are not much more optimistic. Another report, this time from the Spanish company Transparent calculates that, in the remainder of the year, Airbnb will be able to rent 25% of its homes at its best; at worst, the percentage will drop to 0.98%.

These figures have led many owners to abandon this type of platform and opt for others such as Idealista or Pisos.com, offering their houses for longer stays. The tourist rental has thus taken a leap to that of the season or, even, to that of the habitual residence.

But this change is not so simple. At least, from a legal point of view. Our law regulates properties differently depending on the purpose for which they are intended, and sets different obligations for the owner. Thus, the Law of Urban Leases (LAU) establishes that if the new use is rental of a habitual residence (that is, offering the house to be the tenant’s habitual and permanent address), “the minimum term of the rent will be one year , with the possibility of extending it up to five if the tenant so wishes, ”says Mercedes Ruiz-Rico, partner at Auren Abogados. Thus, even if the contract is foreseen for, for example, two years, the tenant can decide if he wants to continue living in the house for up to three more years, without the owner being able to refuse. If nothing is communicated, the extension is automatically carried out for one year.

During that time, the owner will not be able to modify any of the conditions stipulated in the contract (such as the price, the term, or from which part certain expenses are incurred). Another of the tenant’s rights is to be able to carry out adaptation reforms in the property if they have a disability, as well as the possibility of not paying rent if there are works that prevent living in the house. In addition, the law allows the tenant to leave the home unilaterally after the first six months of starting the contract.

On the other hand, the regulations require the owner “to deposit a deposit equivalent to a monthly rent before the competent Autonomous Administration,” recalls the lawyer, as well as deliver an energy efficiency certificate.

However, Ruiz-Rico recalls that the first step in changing the dwelling for tourist use to another modality consists in “presenting to the competent Administration a responsible declaration communicating the withdrawal of the regime of tourist use of the dwelling”. In regions such as Madrid, this process can be carried out in a on-line through the community website.

The second type of lease provided by law is seasonal. This modality is similar to that of tourist use, but it is planned for longer stays, such as renting a beach house for the summer months or an apartment for a student who moves to another city to take a course, for example. In this sense, Ignacio Para, a partner at Lean Abogados, explains that this type of contract does not provide for mandatory extensions, and both parties are obliged to fully comply with what is stipulated in the contract (length of stay, price, etc.).

However, to be eligible for seasonal rental, “there must be a reason that justifies that the tenant needs it for a limited time,” emphasizes the lawyer. The reason must be reflected in the contract in as much detail as possible. This nuance is essential, since, if there is no explanation, “it could be understood that it is a normal rental of a dwelling”, so the corresponding rights and obligations apply. Thus, in this scenario, the tenant would have the right to request an extension when the end date of the contract arrives, and could stay up to five years in the apartment “without the owner being able to refuse”, he warns.

The deposit in this case is at least two monthly installments, “although it can be modified by mutual agreement between the parties,” concludes Para.

The regulation of rents is a historically complex matter, since it is usually the object of almost constant change by the legislator and requires close monitoring. However, in the case of housing for tourist use, the difficulty is even greater. And it is that the competence in this area corresponds to the Autonomous Communities, giving rise to a normative melting pot in which each region determines different obligations and requirements. Thus, for example, the duration of the lease of these properties will be that freely agreed by the parties, “but respecting the maximum terms that the regional regulations may provide in this regard,” explains Mercedes Ruiz-Rico, of Auren. In the event that it is not expressly provided, it could be understood that the maximum term must be less than one year