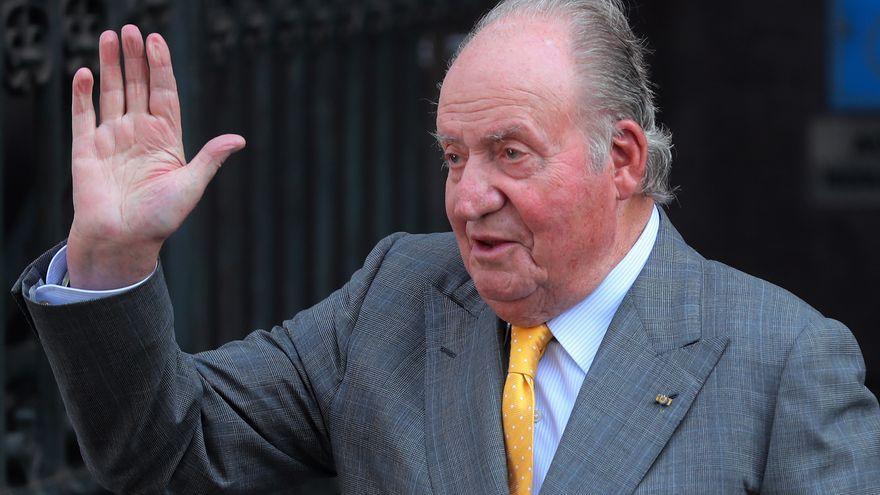 King Juan Carlos I would face sanctions that would reach a maximum of between 6.7 million euros and 27 if a file had been opened for the fraud to the Treasury that he has been able to regularize until now and was fined for it.

The range varies remarkably, depending on whether the procedure was resolved through administrative channels, which the monarch would have already neutralized with the two regularizations in recent months, or ended up in the criminal sphere. In the latter case, the fines would multiply.

The two "spontaneous" regularizations carried out by the emeritus in December and February, the veracity of which the Treasury must examine, add up to a total of just over 5 million. With them, the former head of state would have paid a maximum surcharges of 20% of the debt, plus default interest, but has not had to face sanctions.

In the event that the king had not regularized the amounts defrauded and the Tax Agency had ended up sanctioning him after an inspection, the General Tax Law provides penalties for a minimum of 50% of the amount defrauded and a maximum of 150%. At its maximum level, they would reach up to 6.7 million for the amounts that it has regularized so far. That, if the case had remained in the administrative route and the inspection had not appreciated the commission of possible crimes.

Calculating an exact figure for administrative penalties is an impossible exercise, among other things because there may be more than one infraction in a single inspection procedure. But limiting itself to the fact that this consisted of stopping entering a debt, article 191 of the tax law establishes a general range that goes from 50% to 150% of the undeclared base, depending on whether the infraction is minor (50%), severe (50% to 100%) or very severe (100% to 150%).

This, without counting possible reductions in penalties, depending on whether the inspection record is in accordance (with a final agreement between the parties: the taxpayer signs and does not appeal), which allows the offender a reduction of 30%; in disagreement (there is no reduction and the sanctioned person appeals), or with agreement, with a reduction of 50% and without the possibility of recourse, but which must be the result of a negotiation between the parties if the legal criteria under discussion are not clear.

The severity of the sanction is determined based on, among other assumptions, if there was concealment, if there is recidivism, if fraudulent means are used, or the economic damage caused is to the public coffers. In the case of Juan Carlos I, "you go to the maximum easy", indicates a consulted public prosecutor.

The first regularization of the king amounted to 678,393 euros in Donation Tax for the opaque cards that a Mexican businessman paid him and a defrauded fee of about 500,000 euros was estimated. In the second, the figure has been much higher: 4,395,901.96 euros for an undeclared capital increase in personal income tax related to the more than 8 million that the Zagatka Foundation paid him on pleasure flights in private jets.

In this case, the fraud committed would be about 4 million, and it would be well above the 120,000 euros that the tax crime barrier marks, although for this, in addition to exceeding that threshold, it is necessary that there be fraud, and not only negligence of the taxpayer . Here the sanctions, which are determined by the corresponding court and the Tax Agency collects through civil liability, can be multiplied.

All the public prosecutors consulted consider that it is most likely that, had they opened an inspection to the emeritus, the Tax Agency would have ended up referring the procedure to a crime. In such a case, "the Treasury cannot choose. If it discovers 4 million euros of fraud, it has by law to stop and report to the prosecutor or the investigating judge," says an expert, who warns that "to calculate the administrative fines in this This case is an exercise in legal fiction, an unreal laboratory assumption. "

From going to crime, if the entire fee defrauded is criminal, the entire inspection procedure stops and goes to the Prosecutor's Office, and from there to the courts. The penalties for tax offenses are included in article 305 of the Penal Code, which establishes for tax offenders a "prison sentence of one to five years and a fine of both to six times" for the defrauded. This is, up to six times more, "unless it has regularized its tax situation", as it would have happened in this case.

This would result, without taking into account possible defenses such as prompt payment before two months have elapsed since the judicial summons as investigated, a sanction of between 4 and 24 million, assuming that the fee defrauded by private flights was 4 million and With the regularization, it would have paid between surcharges and interest about 400,000 euros. For the cards, the fine in a possible criminal conviction would amount to another 3 million at most.

With his latest regularization, the king would have obtained the acquittal excuse that appears in article 305 of the Penal Code, and that, in the expression of the prosecutor Antón Beiras, the Prosecutor's Office and the Tax Agency have "given away" the emeritus, in the opinion of this lawyer, who has announced that he is going to sue against the State Attorney General, Dolores Delgado, and the General Director of the Tax Agency, Jesús Gascón, on behalf of the Republican Assembly of Vigo.

Some sources point out that the use of funds from the Zagatka Foundation, established in 2003 in Liechtenstein by Álvaro de Orleans-Borbón, a distant cousin of the king, could also constitute a crime of money laundering, included in article 301 of the Penal Code and punished with imprisonment from six months to six years and a fine of up to three times the value of the laundered goods.

These sources indicate that if this opaque foundation was fed by the illegal commissions of the AVE or others, "as is more than probable, if not, on account of what to hide the funds", there would be a crime of money laundering, "even more serious than the tax offense ": prescribes later (10 years against 5) and" is not affected by the regularization of 305 ".

They also recall that the Supreme Court has a consolidated doctrine according to which the defense of the payment collected at the end of article 305 "does not operate against 301, when there is a real contest of crimes (when both are committed)".

The key is whether the monarch's regularizations have closed the door to his indictment. This week, the Association of Tax Inspectors warned that these must have occurred "before the Tax Administration has notified the start of actions, complaints or proceedings by the AEAT, the Public Prosecutor's Office or the Judge of Instruction". And, "if the news published in certain media were true, which indicate that the Prosecutor's Office has notified the king of the open investigation proceedings, the regularizations carried out would not prevent the prosecution of the tax crimes committed."

This association issued a note on Tuesday to lament "the damage that is occurring to the image of the Tax Administration and its workers, by assuming and suggesting inaction by the Tax Agency", minutes after the Minister of Finance, Maria Jesus Montero, deny a favor treatment to the emeritus after having been able to make those two tax regularizations despite the information that already pointed to the payment of trips through that opaque foundation.

"It is false that the Ministry of Finance or the Tax Agency had knowledge of any type of information that did not give rise to the usual actions" and "all taxpayers are equal," said the government spokeswoman.