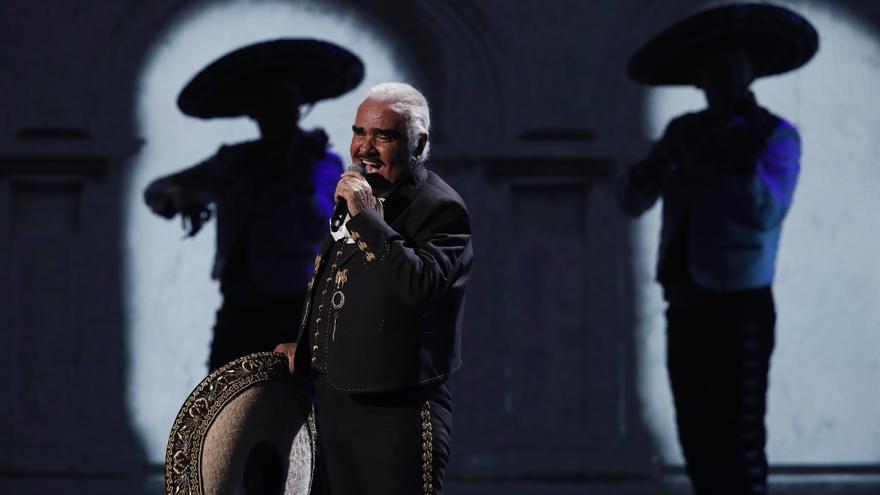 Guadalajara (Mexico) Jul 8 (EFE) .- The singer of ranchero music Vicente Fernández clarified this Thursday that he is hospitalized in the city of Guadalajara (western Mexico) due to problems in the urinary tract and that he is “fine”, With which he denied a possible contagion of covid-19, as was speculated at first.

In a video broadcast on his social networks, the famous interpreter asked his followers not to worry about his health and assured that he is in better health.

“Dear friends and all the public I want to tell you to stop worrying, that it was a urinary infection and that I am well,” he said in a short video recorded from the private hospital where he is.

The so-called Charro de Huentitán was urgently hospitalized this Wednesday due to the discomfort he felt due to a possible urinary tract infection.

According to local media, the 81-year-old interpreter presented fever, body aches and stomach discomfort that led to suspicion of a possible contagion of covid-19, which was finally denied.

This Thursday, his son Gerardo Fernández assured the media that his father is much better than yesterday and in good spirits, so he could leave the hospital this Friday, according to the assessment given by the doctors.

“It is already much better than yesterday, it is about to come out. He is happy and grateful to all of you, “said the son upon leaving the hospital.

Fernández has overcome several diseases in recent years, including a prostate cancer in 2002, the removal of a tumor in the liver in 2012, a thrombosis that caused him to lose his voice in 2013 and a surgery to remove three abdominal hernias in 2015 .

Although in 2016 the singer announced his retirement from the stage, he has remained active on social networks, recording songs and making special presentations with his children and grandchildren, who have followed in his footsteps in Mexican popular music.

Born on February 17, 1940 in Huentitán el Alto, in the municipality of Guadalajara, Vicente Fernández is considered a legend of Mexican music, with almost fifty years of career.