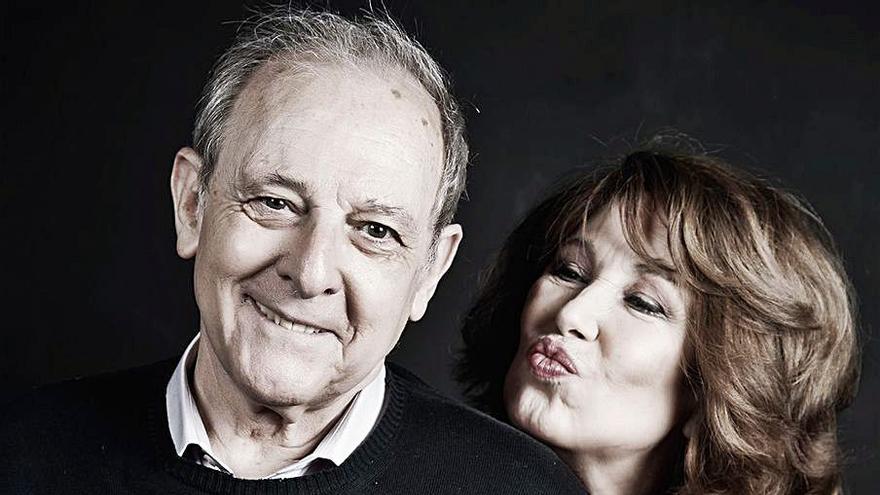 Almost a hundred letters sent by Pardo Bazán, and which are part of the collection of the House Museum of the writer in the capital of Gran Canaria, document this love affair, with racy stories by Bazán as the years went by. The affectionate “friend and teacher” of the beginning gave way to expressions such as Miquito beloved or Ratonciño mine, to name a few of them.

The relationship between the writer of noble birth, playwright and activist for women’s rights, and the author of the National Episodes, is the starting point of the Galdós enamorado show, the second production of the Teatro Pérez Galdós this year, in collaboration with Euroscena, which arrives in December in the framework of the Galdosian Biennial, after the launch of The Last Voyage of Galdós, the third bet of the Galdós Laboratory, directed by Mario Vega; In the absence of presenting Fortunata and Benito, by Laial Ripoll, on December 18 with Laila Ripoll.

“It is fortunate that we can recover it and bring it to fruition. We have been with it all year, and it has been a touch of wood to try to get to this point where we are ”, explains the Salamanca director Alfonso Zurro, in what is his first play on Pérez Galdós. The capital theater, after several postponements due to the pandemic, plans to premiere Galdós in love on December 3 and 4, with a subsequent roaming around the Islands and Peninsula.

“This is an invention”

It is the first time that Zurro works with Galdós with a stage projection. The playwright acknowledges that some time ago “they proposed to me to do a version of Doña Perfecta, but it fell down”, and that it was not an easy undertaking to string together this enamored Galdós. “This is not a version of one of his novels,” he points out, “it is an invention that arises from the story that we all know about the sentimental relationship they kept hidden, which was not known at the time, between Benito Pérez Galdós and Emilia Pardo Bazán ”.

The work revolves around this hidden epistolary relationship, “which became known many years later, as everyone knows, almost 50 years after both of them died, because of the letters you have there, in the Galdós House-Museum.” The correspondence from Pardo Bazán to Galdós is the door to deepen the relationship, but the equation was incomplete. “Those of Galdós to her have not appeared, and we do not know anything about the other party,” says Alfonso Zurro. With these elements it seemed “difficult and very complex” to braid the dramaturgy with “her vision, but not Don Benito’s.”

Listen to the characters

On the second attempt, Zurro dared with the text because, as he points out, “in the end we are always driven by difficulties, at least in this profession, the more difficult the attempt is the more daring.” He decided that the best thing was to work on “a dramaturgy to tell and listen to the characters, and above all to invent a lot, to fable. I have followed the trail of the two ”.

As Galdós did, the director also wanted to “invent stories” in this story “that later may be true, a lie, that may or may not be true, is another matter, we leave them on stage above all for the audience to enjoy. ”.

This enamored Galdós avoids the common and popular places through which the life and work of the writer travels. In this sense, Alfonso Zurro details that “I have done some things about authors or characters from past times and I am quite concerned not to fall into the hagiography of the characters, that you begin and it seems that you tell it as if they were saints, it is not like that . And when you start to do a dramaturgy of a character like this, it already happened to me with a project with Juan Ramón Jiménez, you have to be careful ”.

How did you position the characters and how did they talk to each other? “The first problem I ran into was getting Benito and Emilia in; And the second, which I found attractive and a bit detective, what could have happened to Galdós’s letters ?, says Alfonso Zurro. “How did they talk about these matters and where did he put Don Benito and Doña Emilia?” of the questions.

The temporal space was different, as was the characterization of the two characters. There are Emilio Gutiérrez Caba and María José Goyanes, who were not difficult to convince. “They were convinced by the producer Salvador Collado, and they quickly entered the project,” recalls the director and playwright.

Thus, old age fades, ignoring a meeting in Madrid, when they are older, “when their story has finished”, in favor of an almost dreamlike scenario. “They are in an unreality, in a kind of fiction, in a limbo, in another time, with their dialogues and the proposals we make about what could have happened with those letters,” says the director.

Don Benito’s mustache is also discarded in favor of a young writer, because according to the director, “there are things that are good to be carried away by them and I let myself be carried away by the inventiveness of some novels.” From that game came almost a comedy. “From comedy we can go to other places.” A reasoning that has to do with the protagonists: “they had great intelligence, and when a relationship occurs so far from the world, you discover that they both wanted to be very funny”.