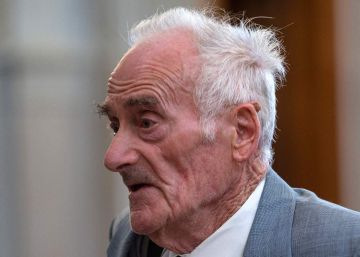 During the last public hearing before he was seen for sentencing, Pierre Le Guennec, whoever was the electrician in Pablo Picasso's house until his death in 1973, he assured that he did not regret anything and that he would “do the same again” with the 271 works that the family of the Malaga painter accuses him of having hidden and that he continues to hold that they were a “magnificent gift” of his widow who kept in a garage for almost four decades. Justice has just proved right to the heirs of the Guernica author, once again confirming the sentence of two years in prison, with exemption from penalty, for Le Guennec and his wife. The decision of the Court of Appeals of Lyon puts an end to a very mediated judicial battle that has lasted almost five years.

The court of Lyon ratified “in all points, both on the guilt and on the pronounced sentence” the ruling of the first court that, in 2015, sentenced Pierre and Danielle Le Guennec to two years in prison with penalty exemption, according to the France Presse Agency. The defendants were not present at the reading of the sentence.

At 76 and 80, the marriage formed by Danielle and Pierre Le Guennec, who was the electrician of Picasso during the last years of his life, continues to assure until today that he did not know the great value of the painter's 180 works – oils, collages and lithographs – as well as a notebook of 91 drawings, all dated between 1900 and 1932, which he kept in his garage and estimated at between 60 and 80 million euros. If the Le Guennec changed the version of events – at the beginning of affair They declared that it was Picasso himself who had given him the works in 1971 or 1972, to keep after, and until today, that it was MadameJacqueline Roque, the artist's last wife who gave them in gratitude for her “faithfulness” after the painter's death— was “for our children, so they wouldn't have problems,” Danielle Le Guennec justified during the September 24 hearing. , as reported by French media.

"Madame He asked me to put several things in my house ”at a time when a conflict had erupted with the heirs of the painter, Pierre Le Guennec added. Afterwards, Jacqueline Roque, who would end up committing suicide in 1986, told her to put back in her house the bags she had put in what she wanted the electrician to keep, except one of them she gave her. "Save it, that's for you," he insisted that Picasso's widow told him, "he spoke on the phone twice a day" with Danielle Le Guennec, he said.

A version that never convinced the heirs of the painter. Suspicions jumped as soon as Le Guennec appeared with the works, in 2010, before one of the sons of the Guernica author, Claude Ruiz-Picasso, in order to certify the authenticity of part of the drawings. Something that he did to then file with the rest of the Picasso family a lawsuit for theft, considering it unlikely that the painter could have made such an important donation.

Justice gave them the reason in the first instance and sentenced the Le Guennec to 2 years in prison, a sentence that was confirmed in December 2016. However, in March 2018, the Court of Cassation annulled the ruling considering that the court He had not been able to prove that the works "came from a robbery" and returned the case to the Court of Appeals, which has now reaffirmed the initial sentence.

During the last hearing, Le Guennec defender Parisian star lawyer Eric Dupont-Moretti tried to present the case as a "class struggle." It is a gift that "bothers", he said, because some do not conceive that something so valuable can be offered to humble people. "The economic and social order does not want small workers to receive such a gift, that bothers," he told reporters after the court session. According to the lawyer, the very fact that they did not try to sell the works for 40 years would show that there was no criminal intention and that it was something that they considered a valuable asset first of all sentimental.

A version rejected again and again by the lawyers of the heirs. According to Claude Ruiz-Picasso's lawyer, Jean-Jacques Neuer, the decision of the Court of Appeals constitutes “the triumph of the truth and the end of a mystification,” he declared upon hearing the conviction.