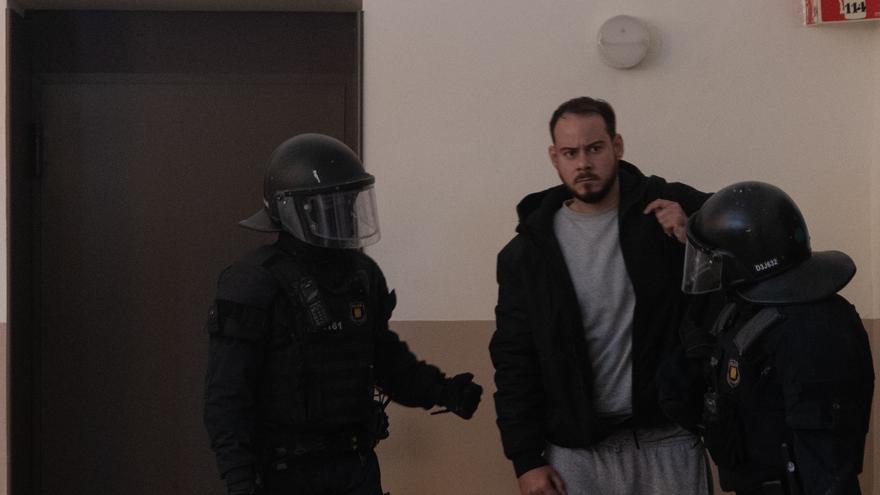 Rap is a musical expression of street origin whose syncopations determine the rhyme with blows of social denunciation. Rather than sing, rappers recite in their jargon; slang shrouded in clouds of smog and disenchantment. They point, point and shoot. They hurt, of course they do. His furious blows are chanted by the youth who live on the margins, where the policy establishes that marginal production units do not deserve privileges.

Pablo Hasel is one of many who makes use of rap culture to declare truths that thoughtful people hide. A few days ago they entered the trullo for rhyming Bourbon with thief. With such an unfair matter, the streets have once again been filled with barricades. People have come out to protest demanding the release of the rapper and the forces of direct repression have repressed with enthusiasm, putting effort into their function that is none other than serving as a protective membrane for the diseased cells that form and make up capitalism. We already know that when capitalism gets nervous, it takes fascism for a walk; in this case to official fascism.

The streets had been quiet for years, meek, accepting their defeat since the so-called left was subsumed by the party that calls itself socialist, today in government. The dirty game of financial capitalism started after 15M. A decade later, the postulates have been obscured. Carmenas and Errejones, muffins, dumplings and slobbery stanzas in madrileños in Madrid launched a cosmetic operation that paved the skin of capitalism. With this maneuver, the right-wing of always returned to occupy the institutions. Looking at it with the perspective of time, the first landmark on the right disguised as leftism was the imprisonment of some puppeteers. The last milestone has been the entry into prison of Pablo Hasel. In between, confusion and deception.

But pursuing artistic expression is something that has been practiced in this shameful country since ancient times. Lorca and Miguel Hernández are the example. I’m not comparing Hasel’s expression with theirs, I’m just comparing the effect that expression has caused. Taking prisoner a boy who denounces the shamelessness of the children of chromosomal aberration is revealing. He states that in our country we have not advanced one iota in terms of freedom of expression. We have only made progress in terms of freedom from repression. Spain has always been a developing country.

At times like this, the voices of intellectuals are missing. The usual have been silent for what they are. Grateful stomachs, always accommodated under the hottest lamppost. What’s more, some intellectual has taken advantage of Hasel’s imprisonment to naturalize the extreme right from social networks. Those fingers that don’t know how to stay still!

Because the lack of a culture of political roots, added to the lack of ethics, make intellectuals -e intellectual– from the 78 regime, a bunch of mangers that the political scientist Ignacio Sánchez-Cuenca dissects in his essay “La desfachatez Intellectual”, published a few years ago in The Books of the Waterfall; an essential work to approach the void of cultural references that we have suffered since, on February 23, 40 years ago, Juan Carlos de Borbón established himself as the savior of democracy. A date that testicular Spain commemorates with nostalgia. They feel, pussy!

To finish, I can only say that I am not an intellectual and I do not need to, I do not belong or want to be part of Los Selectos Cielos del Arte. I just came here to join the voice of the street and shout out loud: Freedom for Pablo Hasel!

Tags: do the, liberty, Pablo