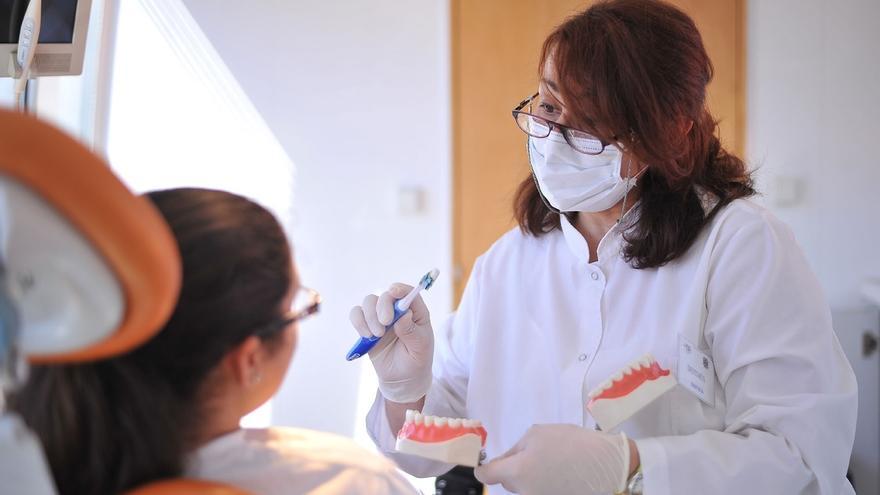 In 1991, the Basque Government implemented the PADI, Child Oral Care Plan, for the one that children have the right to a free dental check-up per year. It also covers the treatment of cavities, tooth extraction and dental emergencies in certain circumstances. In these 30 years of operation, the initiative has reduced the burden of dental diseases in childhood in the Basque Country. The prevalence of cavities “has decreased compared to the rest of the territory and with hardly any differences between social classes”, highlights an expert report commissioned by Unicef. The study indicates goals and good practices such as the PADI against child poverty with a view to the implementation in Spain of the European Child Guarantee in the coming years.

All the expert voices point to the European program as a “unique opportunity” for Spain. The initiative will represent a historic investment between 2021 and 2027 against child poverty, for which Spain must invest at least 527 million European funds against this social problem that weighs down the future of thousands of children, such as advanced elDiario.es. The Minister of Social Rights, Ione Belarra, explained on Wednesday that to this international investment, the coalition Government is committed to adding 252 million to the national budget.

On the International Day for the Eradication of Poverty, October 17, it is worth remembering that Spain is an anomaly at a European level in terms of the economic vulnerability of its childhood. Fourth economy of the euro, has one in four boys and girls at risk of poverty (27.4%). This is the third highest figure in the EU, only behind Romania and Bulgaria.

To receive European funds, Spain must present to the European Commission a National Action Plan with the objectives, measures and monitoring indicators that the Child Guarantee will entail. This week an important step has been taken towards this strategy, with the presentation of an expert report commissioned by Unicef ​​that assesses the starting situation of the country, while offering “achievable” goals in the next decade within the framework of this European program, as explained by its coordinators Francisco Javier Moreno Fuentes (CSIC) and Gregorio Rodríguez Cabrero (University of Alcalá de Henares). One of them is to halve child poverty by 2030, to 14.2%.

To achieve this and other established objectives, the group of experts recommends a comprehensive action plan that protects vulnerable children from the public sphere in different areas where inequalities are evident. In education, health, housing and leisure, among other aspects.

The research coordinators recalled that Spain counts as a reference what is being done outside our borders, in other EU member states with much lower levels of child poverty. To date, our country has not been characterized as one of those that invest the most in childhood, as is evident in aid for dependent children, for example. But, in addition, the researchers have gathered in their report some “good practices” that are already being applied by Communities and Town Councils in Spain, with good results in protecting vulnerable children.

Among the health initiatives is the aforementioned PADI, free dental care for children, as well as “Barcelona Salud en los Barrios”, a community health initiative developed in the 25 most disadvantaged neighborhoods of the city to reduce health inequalities, collects the study.

In educational matters, the “inclusion of education and care for two-year-old boys and girls in the universal education system” stands out, for example in Aragon and Cantabria. Of the latter, the study collects that “it has achieved 75% coverage of 2-year-old boys and girls at no cost to households” and underlines that “it constitutes a good example of intergovernmental collaboration, since the Community provides the teachers and the municipalities, the auxiliaries “.

With an eye toward schooling and reducing the poverty of the Roma population, with nine out of ten children in poverty, the report points out for example the project ‘Vakeripen‘, which “has borne fruit by promoting communication between gypsy families and nursery schools in four neighborhoods of Barcelona.” “The project seeks to combat stereotypes, sensitize society and provide information to the community”, highlights the report, with “evidence of positive results.”

There are also initiatives of classes during the summer for students from vulnerable families, deployed in Castilla y León and Barcelona, ​​for example, through the program Èxit Estiu (and Èxit during the course) that has mentors and mentors who help students kids from Primary and ESO.

The experts also point out that, in a decentralized State such as Spain, where a multitude of competences remain in the hands of the Autonomous Communities and City Councils, it is essential that the Government Action Plan and its implementation in the coming years take into account all public administrations and their possibilities. One of the concerns when large European investments arrive, as is the case with the Recovery and Resilience Plan, is to guarantee the execution of all funds and that they commit to measures that are really necessary.

“If we do not have a powerful, solid Welfare State, it is not possible to develop these types of policies. All that are neoliberal speeches that each one solves the problems for themselves or that families do what they can are a path to no Part. A model is necessary in which there is as much State as necessary and as much society as possible “, defended this Wednesday the doctor of economics Gregorio Rodríguez Cabrero.