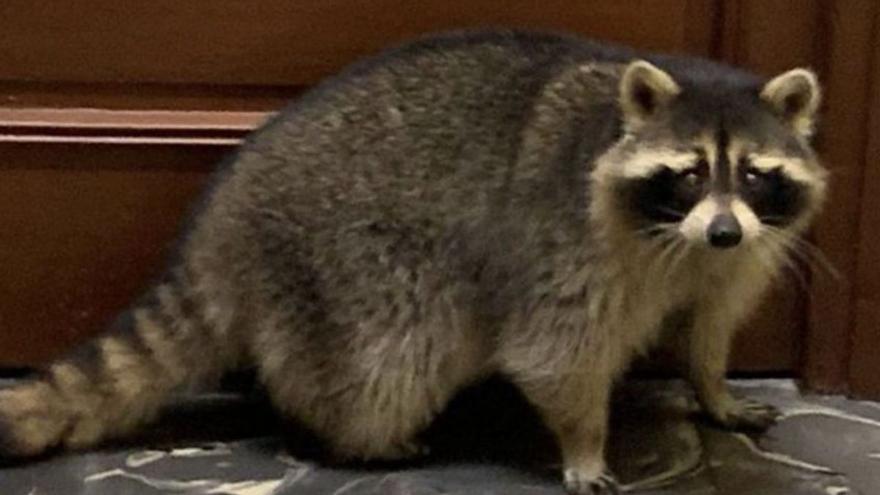 The Gijón raccoon has a tail. The announcement that the Principality euthanize the animal for being an invasive species very prolific, unleashed a cascade of reactions and mobilizations -mainly through the internet- to ask for his "acquittal". Among them several animal groups and the presenter Frank from the junglewho although he has not run against the death of the animal, captured on Saturday by firefighters in a portal on Covadonga street, has hinted that he I'd rather send him to a sanctuary for animals. Finally, the complaints have not served to change the criteria and the Principality has killed the animal on Tuesday.

Some of those who have made the most noise to try to prevent the death of the raccoon have been those of the NGO Mundo Vivo. The entity, based in Oviedo, has made public that it was willing to submit the animal to a veterinary examination. They also stated that there was an animal shelter in Catalonia willing to take over of the raccoon. Your post on Facebook added hundreds of reactions in favor of "pardon".

And all those who insult me ​​and call me everything (I still don't really know why)...are they going to go to Gijon to save the raccoon?

Leonese Frank de la Junga also spoke on the subject. "For things like these I invested what I saved in a life to create an animal sanctuary. And I'm not criticizing that they have to kill him. I am explaining why I decided to open a sanctuary", wrote the animalist, very popular in Spain for a television program in which he showed the flora and fauna of Thailandon his official Twitter account.

His message generated hundreds of reactions. For and against. Minutes later, Frank de la Jungla responded to the most critical: "And all those who insult me ​​and call me everything (I still don't really know why), Are you going to Gijón to save the raccoon?"

These reactions were ultimately useless. The Ministry of Rural Affairs and Territorial Cohesion confirmed this afternoon that the animal had already been slaughtered.

This raccoon is the third to be found loose in Asturias. The species is considered invasive and very prolificas well as a danger to native fauna that damages farm animals and crops and can also transmit diseases to humans, including rabies.

The threat to ecosystems, crops and the danger to people are serious. For this reason, the Ministry of Rural Affairs asked the Asturian councils in October 2020 for their collaboration to locate raccoons, in addition to American minks and Florida turtles, reporting the sightings to the public company Tragsa, which is in charge of their capture. In addition, they are made prevention of trapping to try to capture loose specimens.

The captured raccoons, such as the one from Gijón, are slaughtered at the Sobrescobio Wildlife Center, following veterinary protocols, because they can be carriers of various diseases that are difficult and expensive to cure, explains Rural Environment, which has been counting since 2015 with a plan on these three invasive species.

Currently, it is illegal to own raccoons as pets, after their inclusion in the 2013 catalog of invasive species and in the 2019 catalog of invasive species of concern, approved by royal decrees. Raccoon owners who had previously acquired them were given the opportunity to keep them, but on the condition that notify their possession and place an identification chipwhich the specimen found in the center of Gijón apparently lacked