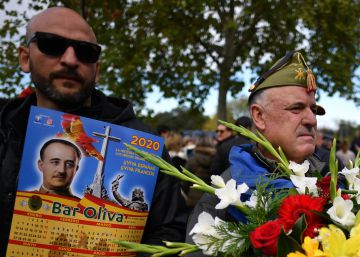 Faced with misfortune, in my family a motto was repeated that came from the darkest of the postwar period: "Eat, we will not eat, but what we have laughed." Seeing the exhumatory deployment, I paraphrased it: the Spaniards, resolve historical conflicts, we will not resolve them, but what we have laughed at. There were scenes at the height of Faemino and Tired. My wife, hearing my laughter, asked me what I was seeing. "Franco's – I answered -, that is the monda ”, for using a 1975 expression.

It was nice to see Juan Chinarro, president of the Francisco Franco Foundation, reciting verses from Antonio Machado to Susanna Griso. If you leave a few more minutes, appeal to Azana himself to defend Franco. It was nice to see a lady named Pilar Gutierrez, president of the Movement for Spain, tell Ana Rosa Quintana: "The Democrats are the Francoists," because "Franco brought democracy." He said it with great grace, like a humorist who imitated a very exalted Francoist lady, and gave rise to Ana Rosa to release one of the most sensible sentences heard all morning: “We are going to take it with humor, because Franco died 44 years ago. ”

That Ana Rosa became an emblem of sanity and relaxation gives an account of the Berlanguian tone that was updated. It was great that Pilar Gutierrez had his fifteen minutes of fame, because we are used to talk about Franco as an elongated shadow that runs the country from who knows what offices, and in reality, Franco only ladies remain that Ana Rosa takes pitorreo, a caterva of marginals who, before the exhumation of their mummy, are not able to mobilize more than a few geeks very similar to those who come on December 22 to the Christmas raffle, as harmless as the grumpy neighbor of the fifth.

Juan del Val and Nuria Roca open up about their relationship: “We are going to review this as a couple”