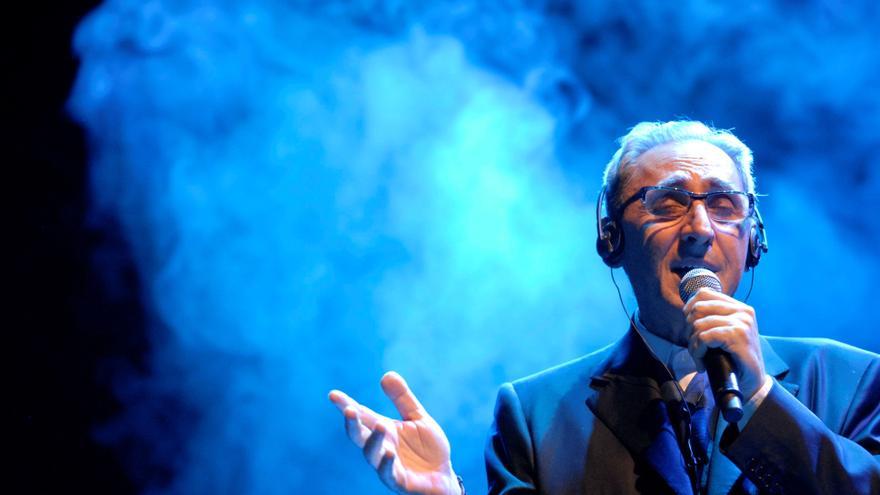 Redacción Cultura, May 18 (EFE) .- Franco Battiato, who died today at the age of 76, published an extraordinary record work for half a century, which ranged between the charts and experimental work and was from the avant-garde to music classical.

Extracting a selection of records from this formidable legacy is a demanding task for a musical expert as well as for any follower of the Sicilian maestro.

But Battiato himself accepted the challenge during an interview with Agencia Efe in Madrid in September 2007, when his best works had already been published.

The Italian musician had traveled to the Spanish capital to promote "Il vuoto", an album that he presented at one of those memorable concerts with which he periodically gifted his Spanish audience, to whom he always reserved versions of his old hits performed in Spanish.

Despite claiming that he never listened to his old records, Battiato agreed to cite a few among his favorites, an achievement for any cultural chronicler who has spent half his life composing that list - and changing it over the years.

"Il vuoto" appeared on Battiato's list, as was to be expected. Not only was it the album he was working with in those days, but also, with the perspective of time, it can be considered among the most outstanding of his last stage.

THE VOICE OF THE PADRONE

The selection of Franco Battiato's favorite albums fulfilled a chronological allegiance with "La voce del padrone", the album published in 1981 that made him famous in Italy, where it sold more than one million copies.

That album is heard today as a succession of great successes that knew a second life in Spanish: "Permanent center of gravity", "New feeling", "Cuccurrucucù" ...

"La voce del padrone" ("The voice of his master", a reference to the record company that published it, EMI, which was born from His Master's Voice) triggered the career of its author, who always recognized "what this record meant" for an artist who had been in business for fifteen years.

The next album on the list is "Fisiognomica" (1988), which is also among his fans' favorites for various reasons.

This is the album on the cover of which appears a photo of Battiato from when he was a child and in it his native land appears, especially in "Venni l'autunno", sung in Sicilian -one of the few he recorded in his career-.

"Fisiognomica" is also the album of two of his most remembered songs, "Nomadi", which had its corresponding version in Spanish, as well as "E ti vengo a cercare".

Battiato also cited among his favorites "Come un cammello in una grondaia" (1991), a work that impacted the troubled Italy of the corruption scandals and mafia crimes of the early 1990s.

Recorded in the mythical London studios of Abbey Road, this "Like a camel in a gutter" opened with "Povera patria" ("Poor country"), one of the most prominent themes of the time in Italy and one of the most important of all the career of the Sicilian composer, who showed the sharper side of his music.

String arrangements and classical sound for lapidary texts in which Battiato lamented the presence of so many "useless" and "buffoons" among the political class of a country "devastated by the abuses of power".

Battiato's personal list closes with "Gommalacca" (1998). Half-written with the philosopher Manlio Sgalambro, with whom he had begun to collaborate a few years earlier, the maestro changed the century by opening up to the new sounds of the Italian alternative scene.

A new stage in the "endless road" of an artist who never stopped searching. Battiato proclaimed in his songs that he was in this world "passing through", but we will never say the same about his work.