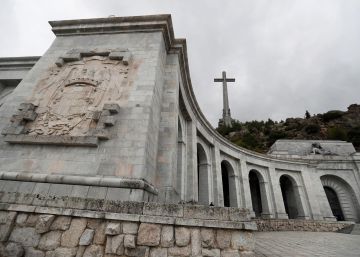 Manuel Vázquez Montalbán invented “carvalhismo”, a variant of the black genre that his referent has in the detective Pepe Carvalho.

In the novels he stars, the aforementioned is surrounded by a trio of characters that will serve to complete their steps to the motive of the crime and, with it, to capture the criminal. These characters are creatures that live between the margins and uncertainty, antiheroes whom Carvalho has adopted throughout his walks through the secret Barcelona; paths that always come with tripping that are nothing more than rags of broken flags.

The trio of characters are made up of one woman and two men. The woman is Charo, a prostitute and an occasional lover of the detective. Men respond to the appellations of Biscuter and Bromuro. The latter is a badly-shined shoe shiner that owes its nickname to how much an urban legend of Franco's times repeats, which refers to the use of bromide in bread and water "so that we don't splice." According to the character created by Vázquez Montalbán, the chemical poison was responsible for our apathy before the dictatorship and the continuity of it, established once the dictator died.

Fictions aside, bromide is a dangerous salt, harmful to health, because it attacks the thyroid gland and, consequently, the endocrine system. This substance is used in industrial baking as usual and can be found in the harmless toast of breakfast, or in the form of brominated vegetable oil in the composition of some energy drinks. In England, the use of bromide in bread has been banned since 1990. Years later, Canada and Brazil followed suit.

According to the character created by Vázquez Montalbán, the chemical poison was responsible for our apathy before the dictatorship and the continuity of it, established once the dictator died

Bromide intake will make it difficult to convert the thyroid hormone T4 – or thyroxine – into T3 – or triiodothyronine. For everyone to understand, bromide comes to prevent a natural process that converts the square formed by four atoms of iodine (T4) into the triangle formed by three atoms of iodine (T3). For this reason, iodine is such an important element for the thyroid: it will allow cellular metabolism.

For those who do not know, the thyroid is the gland that is located a little below the neck, on the collarbone, and that is shaped like a butterfly with open wings. Without iodine, the aforementioned gland is depleted due to lack of oxygen, which makes cell combustion impossible. To put it poetically, bromide acts by clinging to the butterfly's wings until it is left without oxygen, suffocating it. The bromide grips the thyroid until it ends the iodine that keeps it healthy.

Well regarded – or poorly regarded – the latter can be transferred to the metaphor of what Franco was for the Spanish, identifying the real term, that is, the dictatorship, with the element that acts as an imaginary term in the literary figure, the bromide. In this way, we can give the reason for the evil shoe shiner of the Ramblas when he denounced that, with the bromide, the Spaniards had lost their vigor to get up. Because the castration of our critical conscience came after the Civil War with the dictatorship and the sinister splendor of the Valley of the Fallen, funeral and controversial monument that always reappears in the distance, topped by a dark cross that seems to hold the sky.

The Valley of the Fallen was built as a monument to classify the town after the contest; a civil war where the losers who survived it raised the cross, to forced labor, while those who suffered worse luck were buried under the regime's gutters. These days the Valley of the Fallen is back in the news, a piece of Vázquez Montalbán is missing giving his critical vision to the event of the transfer of Franco's bones.

Also missing a new installment of Pepe Carvalho, but this time in Cuelgamuros, with the mummy of Franco as a theme, while the boot shiner, from the Ramblas, continues with his own; stating that nothing has changed, because before we put the bromide in the water and now we pay for it. In details like this, lies the continuity of time, Bromuro would say.

Eruptions of 400 kilometers on a moon of Jupiter

Metallica already has a species of crustacean in his honor