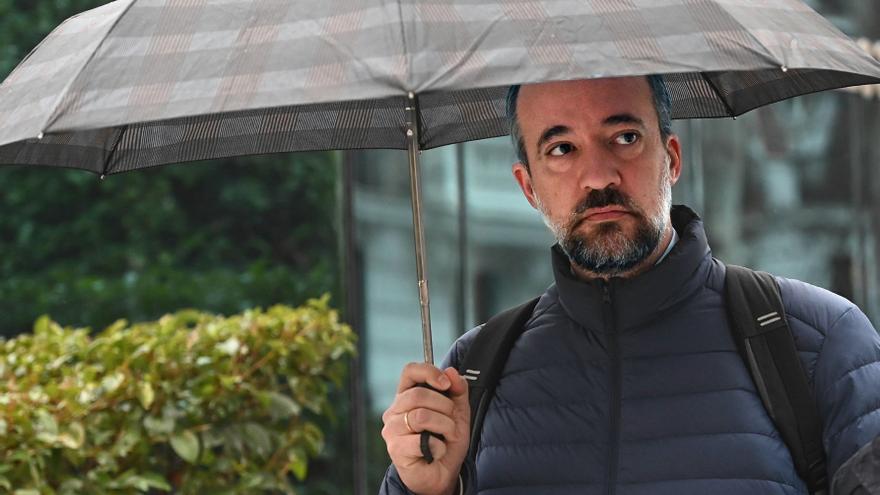 Francisco Martínez is, to date, the only public charge investigated for the actions of the political brigade in spying on Luis Bárcenas and, according to his account, he has in his hand the involvement of the former leadership of Mariano Rajoy in the Government and in the PP for the alleged tricks to explode the most serious plot of corruption that has affected the party throughout its history, the case of box B.

“If I have to declare because they implicate me, they will also go [Jorge] Fernández Díaz and probably [Mariano] Rajoy “, wrote in September of last year the one that was number two of Fernández Díaz in the Ministry of the Interior between 2013 and 2016. The judge cited him as investigated four months later, in January 2020, after being designated by Commissioner Enrique García Castaño as head of the reserved funds that would have paid for the operation.

Martínez – who is mentioned in Kitchen’s summary as ‘Paco’ or ‘Choco’, the nicknames with which the police officers involved referred to him – has refused to testify before Judge Manuel García Castellón on two occasions. For now, he has been silent, perhaps waiting for the efforts that he has been doing in recent months with leaders of the PP and other authorities to bear fruit and that he has uncovered the clone of his mobile phone, seized last March in his house in Madrid.

In April 2019 he unsuccessfully asked Rajoy himself – who was already out of politics – and the current secretary general of the PP, Teodoro García Egea, for a position on the electoral lists of the general elections that were held on the 28th of that month. It will guarantee an income and be certified before the Supreme Court. She also contacted the president of the National Court, José Ramón Navarro, and wrote in a note on her mobile phone that the investigation had to “fall asleep” for some time, mediating with Judge García Castellón and the prosecutors.

The material investigators found in Martínez’s family home is full of veiled warnings and threats. In several of his communications, the former Secretary of State for Security suggests that even if everyone is “in profile” he will not be the only one who suffers the consequences of an issue that, he assures, neither “mattered” to him, nor He was “concerned”, nor “interested”.

After being surrounded by the investigation, he decided in 2019 to cover his back by going up to two times to a notary who would attest to the messages he exchanged with Fernández Díaz in 2013, after the scandal of the Bárcenas papers broke out, and which prove that the former minister he was aware of the operation. These messages also point to the possible involvement of the CNI in the espionage of the former treasurer, as revealed elDiario.es.

The story can be repeated for the PP with different characters. After denying that accounting B had his handwriting, Bárcenas ended up assuming the authorship of the papers in 2013 and pulling the blanket in his statement before the then judge of the National Court Pablo Ruz, before whom he pointed to the leadership of the party. When he and other leaders of the PP began to march towards prison with Jaume Matas and Carlos Fabra at the head, the popular strategy marked distances with them. And the man who had handled the party’s finances for almost two decades became for Rajoy “that man you are talking about.”

This Tuesday, the current leader of the PP, Pablo Casado, tried to disassociate himself from this operation, stating that he was a common deputy for Ávila when the events investigated by the National High Court took place, which are coming “from times long past“For her part, the PP Deputy Secretary of Social Policy, Ana Pastor, asked for prudence and that the” presumption of innocence “be respected.

Martínez now presents himself as a victim, as someone “loyal and committed” whom his superiors have “thrown away” and “used vilely.” This is stated in the messages crossed with various interlocutors included in the report in which the Anti-Corruption Prosecutor’s Office points out that the PP of Rajoy would have used the State institutions to launch parapolice operations for their own benefit. “My great mistake at the Ministry of the Interior was being loyal to wretches like Jorge [Fernández Díaz], [Mariano] Rajoy or [María Dolores de] Cospedal, “he wrote in June of last year.

Of humble origins, Martínez graduated in Law and Economics with excellent grades from the private and Catholic university in Comillas. He is not what is known as a party man. In fact, he began to develop his faculties for politics in his thirties, when he joined the Corps of Lawyers of the Courts in 2004 with the number one of his promotion. In the Lower House, he became director general of International Relations and it was there when he established a close relationship with Soraya Sáenz de Santamaría, who had to advise on the procedures for the beginning of the legislature. Their offices were also close, which fostered the good treatment between them.

In January 2013, he was appointed Secretary of State for Security, a position of great power and in which he was in charge of almost 150,000 police and civil guards. At that time, Sáenz de Santamaría and Fernández Díaz were still in good harmony. The relationship between the two began to cloud in 2016, when the then Minister of the Interior joined what was known as G-5, a group of ministers who were friends with each other and Mariano Rajoy who shared his animosity towards the number two of the Executive . That did not prevent Martínez from continuing to be a man of the vice president and at the time number two of the minister.

Martínez tried to replace Fernández Díaz in 2016 after his departure from the Interior due to the scandal of the recordings in which he conspired against pro-independence politicians. There were still more than two years for this investigation into the espionage of Bárcenas to begin, but it had already transpired the direct dealings he had with at least three of the commissioners involved in the maneuvers of the Interior Ministry against the political opponents of the PP.

One of those police officers, Marcelino Martín Blas-Aranda, kept Martínez’s number in his mobile phone book next to the alias ‘Paco Bomba‘. His aspirations were truncated although he did win a seat for Madrid in Congress in the June elections of that year. In the following elections, those of April 2019, both he and Fernández Díaz were removed from the lists.