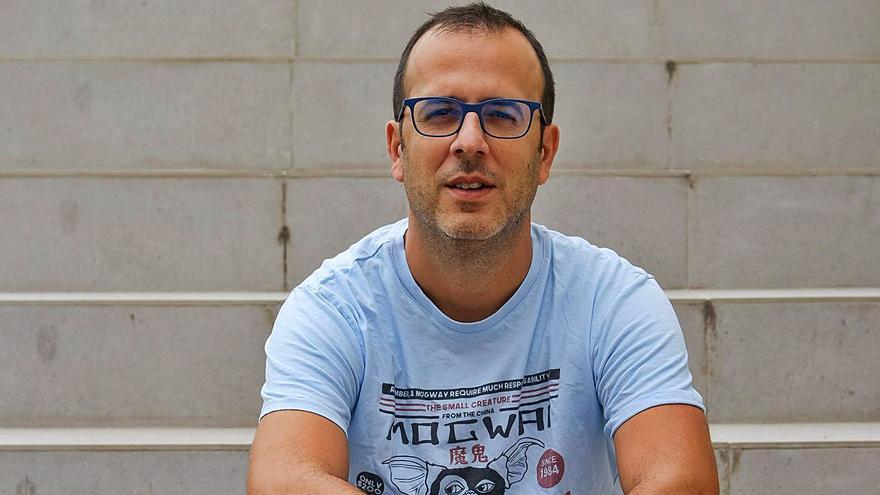 When your twin children were born in 2012, you and your husband tried to take the maternity deduction on your income tax return without success. Why did you decide to go to a lawyer?

Because we believed that it was fair, we simply did not find logic to the response that the Tax Agency gave us. We did not understand what difference there was between a heterosexual couple consisting of a man and a woman and a homosexual couple of two men. Supposedly the deduction for maternity, although the name was like that, was to favor the incorporation to work once you had the children and in the end, whether you are a man or a woman, the problems are the same, that’s why we did not understand. So we went to ask and the lawyer saw it the same way we did and that’s why we decided to start this topic.

Had they tried it before in other ways?

We first filed a claim with the Agency. The process required several steps, but finally the Tax Agency definitely told me that it was not and that it would have to be with a lawyer. That is why we decided to ask, because when you see it so clear or so logical, but they tell you no because it is written like that –the name of the deduction–, it is an answer that does not fit in your head because things change, the world changes, and they have to adapt to reality.

In addition to your lawyer, you also received the support of the Diputación del Común, through its deputy for Equality and Gender Violence, Beatriz Barreras, and the Ombudsman. What did this mean for you?

The truth is that it was our lawyer’s idea, because it is true that he is a figure there, he is an ombudsman and he is there for that, but sometimes you do not even know that he exists, you do not know what he is for and the truth is that It was the best thing that could happen to us because we explained our case to the deputy of the Common Deputy and she understood it as any person on the street who understands that things change and that the law, even if it is written that way, also has to change. He supported us not only by telling us that he understood us, but for his part he tried to find a solution through the Common Deputy, talking to the Tax Agency and that was what triggered everything to be solved faster.

What has been the hardest thing for you and your husband in this whole process?

There comes a time when you get tired of having to fight for whatever you ask for. Again and again you have to go to different levels and the children are nine years old and I am asking for something that is requested when they are born. Imagine nine years, I’m tired. Tired and that not everyone can afford to pay for a lawyer, anyone cannot because there are many expenses, it is a long time and I understand that many people say I am tired and I do not care. But hey, in this case we were able, apart from the fact that it was something that seemed fair to us and thanks to the Common Deputy what has been achieved is that at least what we have been through will not happen again because the Tax Agency recognized that no it was in the best way what was done. Now, in case someone like us wants to apply for the maternity deduction, they will not have the same problems that we had, with which I am already quite happy, especially because of that.

What does the recent ruling of the Regional Economic-Administrative Court of the Canary Islands (TEAR) translate into for practical purposes?

That in this case two men, because marriages formed by women were given, the same rights and access to this deduction for maternity be recognized. They recognize it and give it to us retroactively. I had already deducted it at the time, but the Treasury demanded that I return it and I had to do so and now they are going to return it to me.

Do you know of more cases of couples who have experienced a situation like yours?

I know that there have been more people and, on top of that, in some communities it was given to them, but not in others like the Canary Islands. So the issue is more unfair.

Are you and your partner aware of what you have accomplished? As I mentioned before, a different path has been opened for other people.

That is what gives us the most joy, that especially with what it has cost us in time, effort, headaches and money, this is no longer going to happen to anyone. It is something to be thankful for. And above all also to thank the joint work of the lawyer, the Common Deputy and the Ombudsman, since without them everything would have been more complicated.

You also had problems getting Social Security to recognize your maternity. Have you encountered more administrative pitfalls for being a two-man marriage?

Yes, of course, they also denied us the maternity benefit from Social Security and we also had to go to court and they agreed with us, but of course, it is of no use to me that they give me the reason when the children are in primary school. What I needed was time to be able to be with my children, since one of them has a physical disability and I could not enjoy that first moment with them. That is what really hurts or annoys you the most, having to be fighting for something that when you need it is in the moment, after, well …