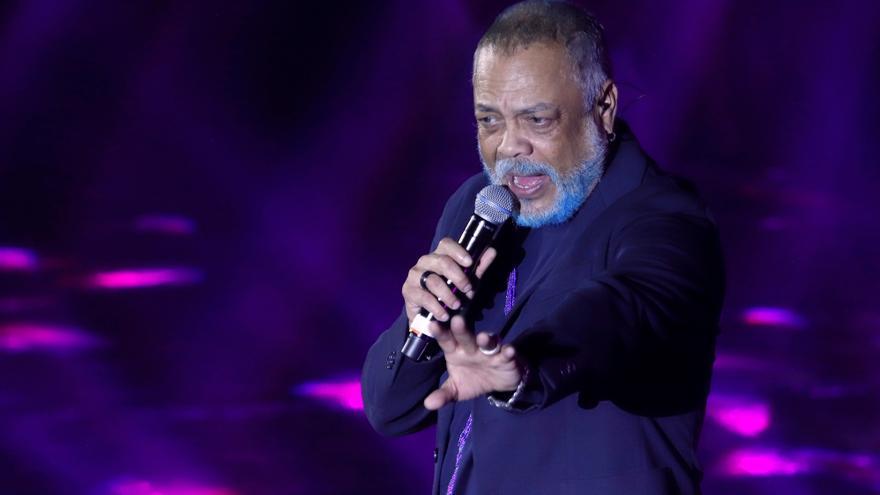 Mexico, Apr 1 (EFE) .- Cuban singer-songwriter Francisco Céspedes carries out a three-day fast in solidarity and as a show of support for the activists of the Patriotic Union of Cuba on hunger strike and the San Isidro Movement, artists and intellectuals of the island’s dissidence.

In an interview with Efe, Céspedes explains that he does not eat food, but he can drink liquids, and affirms that the objective of his action is to peacefully demonstrate that the Cuban regime must abandon power after 62 years.

“You only know what a dictatorship is like when you live in the country,” declares the singer, born in the Cuban town of Santa Clara 64 years ago and living in Mexico.

He indicates that many other independent artists have joined the protest and that he, from Mexico, wanted to make “some contribution” to this struggle, which he considers noble and important because it is for “an ideal of freedom.”

Céspedes is very committed to the movement and convinced of his fast and sentence: “I’m doing what I have to do.”

Remember that he studied medicine and is not worried about not eating. In addition, he says, “I know that the mind is very powerful and you can prepare yourself psychologically not to be thinking about food.”

The author of highly successful songs such as “Vida loca” recognizes that his music is not oriented to the protest song, but assures that, as the years go by, “one takes attitudes in life.”

NEITHER LEFT NOR RIGHT

“He did not consider me from the left, I am neither from the left nor from the right, rather I am quite an irreverent person,” reveals Céspedes, who believes that, with their actions, groups such as the Patriotic Union of Cuba (Unpacu) or the San Isidro Movement “in the name of dignity and salvation”.

It details that Unpacu is an organization that intends to remove the Executive from power in a peaceful way and that those who make it up even collect money to buy food for the Cubans who need it most.

“There is a common goal. Some have asked for dialogue with the government to change its attitude. For example, I do not agree with a dialogue, but we all agree that this dictatorship has to end,” he highlights.

The singer was “banned” from Cuba more than a year ago, due to statements during a press conference in Havana in which he branded the government and former presidents such as Raúl and Fidel Castro as psychopaths.

Despite being far from his country, he feels committed to the cause and is willing to support such opposition organizations to the end.

“There are two sides or two sides and on both sides there is hypocrisy. But the good thing about this side that I am on is that we are against violence. We are not Gandhi, but we are Mandela, so to speak” , aim.

Céspedes, who has forged his career and lives in Mexico, where he likes to be called “Pancho”, also talks about the current political situation in this country, where, he emphasizes, the Ministry of Finance “is implacable.”

“I don’t know where that money goes. In Mexico there are many deputies (500) and senators and many people who make a living from politics,” denounces Céspedes.

In the world, free citizens “it seems that we had a father and a mother who mistreated us and were absent and, therefore, we need a president or a deputy to tell us what we have to do,” concludes the singer-songwriter.