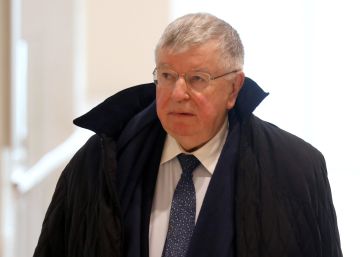 The former French telephone monopoly, France Télécom, and some of its former directors have been sentenced on Friday to prison sentences and fines for "moral harassment". His methods for restructuring the company at the end of the last decade were linked to several suicides that occurred at the same time. The ruling can create a precedent that forces large companies to take workers' mental health into account when applying their plans. Didier Lombard, former CEO, as well as his number two and his director of human resources, were sentenced to one year in prison, although after four months they can be released on bail, and a fine of 15,000 euros. Orange, heiress of France Télécom, must pay 75,000 euros.

The events occurred between 2007 and 2010, when France Télécom It had just been privatized and faced a fierce competition of new operators in a context of global technological revolution. Lombard, the number two Louis-Pierre Wenès, and the director of human resources, Olivier Barberot, put in place drastic measures to adapt the company to the new times. Its objective was to force the voluntary departure of 22,000 of the 120,000 workers. The methods to achieve this created an environment of insecurity and anguish that destabilized a good number of employees and led some to take their own lives.

The magistrates ruled from the beginning the charges of "involuntary manslaughter" and "endangering the lives of others," which would have forced a direct relationship between business decisions and suicides. Some statistical analyzes, wielded by the accused, question that the suicide rate in France Télécom during the restructuring period was higher than in other times, and point out that in fact it was lower than the average for the whole of France. The accusation and conviction focused on "moral harassment" organized "on a business scale by its leaders." The French Criminal Code defines moral harassment as the act of “harassing other people with repeated words or behaviors that have as their object or effect a degradation of working conditions that may undermine their rights and dignity, alter their physical or mental health or compromise your professional future. ”

Of the 39 people recognized as victims in the trial, 19 committed suicide, 12 tried and eight suffered depressions. Although the process covered the period between 2007 and 2010, the conviction focuses only on the years 2007 and 2008. In the trial, held between May and July, testimonies such as Noémie Louvradoux, whose father, a worker at France Télécom, were heard, It was immolated. "My father's death was their objective success," he said. In defense of the accused, spoke the former director of the IMF, Jacques de Larosière. He recalled that at the beginning of the last decade the company "touched the suspension of payments when the internet bubble burst" and that Lombard, CEO between 2005 and 2010, "He literally saved her." "I have never seen such a turn of the situation," he said.

Orange is the first company of the CAC40 – the Paris Stock Exchange – convicted of moral harassment. One of the novelties of the sentence is that the institutional nature of the harassment be recognized. That is, he is no longer a person who harasses another but an entire system oriented towards this end. Lombard, whose lawyers announced that they would appeal the sentence, came to say in 2006: "We will make [personnel] reductions in one way or another, through the window or through the door." In an internal documentary but never broadcast until the trial, he reflected: "The issue is: can we dedicate ourselves to the economic and the human at the same time?" What was judged, too, and what the court condemned, is a certain type of capitalism.