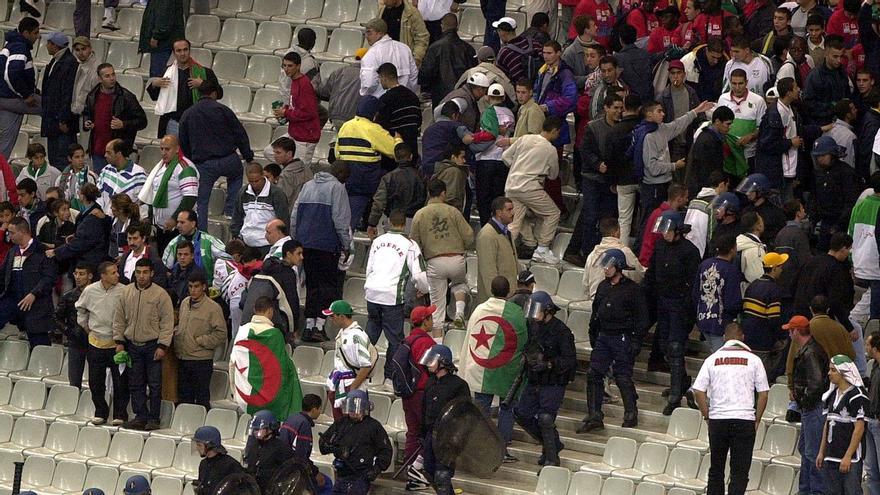 What happened that night? The teams of France and Algeria met for the first time in their history at the Stade de France in Saint-Denis. “When the celebration of the meeting was announced, there was great joy, especially among those French of Algerian origin,” explains the communist deputy. Marie-George Buffet, then Minister of Sports of the Executive led by the socialist Lionel jospin. The match was to be held a few weeks after the 9/11 attacks in the United States and that made the authorities doubt about the risk of a new attack. But it took place and two countries, marked by the French colonization of Algeria and its subsequent independence, faced each other on the lawn.

It was clear from the beginning that it would not be an easy game. When the hymns sounded, that of Algeria was respected, but the Marseillaise whistled by a considerable part of the public. Since the ball started rolling, the situation calmed down and football logic prevailed. The team led by Zinedine Zidane – a Frenchman of Algerian origin – beat peacefully 4-1 against an Algeria with a much lower potential than the current one. The meeting would not have gone down in history without what happened after minute 76. So, a fan of the Algerian team took to the field and hundreds of them followed his example. Before the invasion of the lawn, the match of the ‘bleus’ was suspended, for the first time since 1904.

Although the events occurred without no violence – nothing to do with what happened in recent Nice-Marseille – they unleashed a media storm. “There was a political instrumentalization that lasted several months,” Buffet laments about a party that awakened “all the silenced ghosts in relations between France and Algeria.” “What saddened me is that there were no young people who applauded the Marseillaise and fought with those who whistled it,” said the far right Jean-Marie Le Pen, which a few months later unexpectedly arrived at the second round of the 2002 presidential.

The end of the multicultural dream of 98

The controversy generated by that party weakened the myth of a France happy multicultural, built around that imposing team of the ‘bleus’, champions of the world in 1998 and from Europe in 2000. This selection was not only made up of numerous French people of foreign origin, but also prominent anti-racist militants, such as Lilian thuram, former Barça defender. However, that “spirit black-blanc-beur (black-white-Maghreb) ”was, in part, buried by the controversy of that France-Algeria. “The 1998 myth of a successful multicultural team was built mostly by the media. Even then there were strong tensions in the peripheral neighborhoods ”, recalls the sociologist William Gasparini, a specialist in sports matters. Since then, the teams of France and Algeria have not seen each other again. This possibility has remained as a taboo. “It is incredible that there has not been another party, but the authorities fear that what happened 20 years ago will be repeated,” says Buffet. The French Federation has seriously valued this possibility in recent years. “But the policy prevents doing so”, Lamented in June his President Noël Le Graët, in statements to the magazine ‘So Foot’. “I very much doubt that a match of this type is possible in the current context,” says Gasparini. This professor at the University of Strasbourg remembers the moment especially delicate where are the relations between Paris and Algiers. The restrictive French visa policy and controversial statements by the president Emmanuel macron They did not sit well with the Algerian authorities, who called their ambassador in Paris for consultations. In such a context, a football match could be a spectacle in which these diplomatic turbulences subside. Or an event in which the tensions faced were exacerbated.