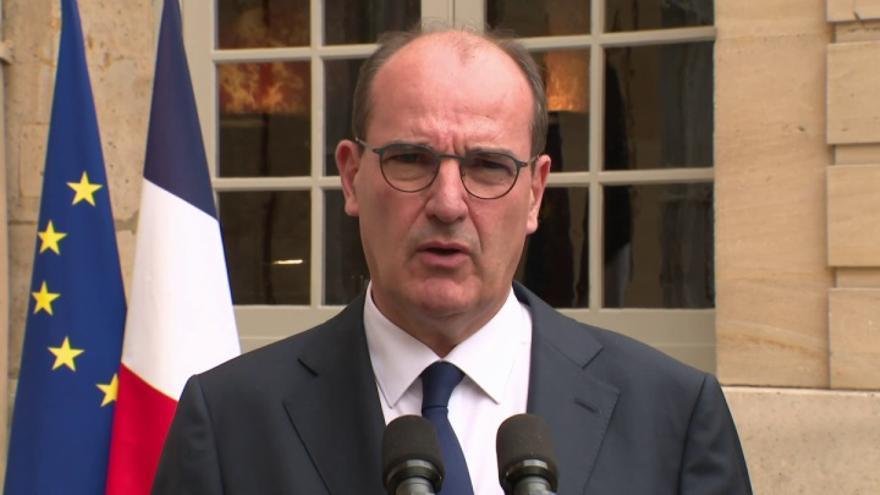 French Prime Minister Jean Castex announced this Friday the closure of the country’s borders for travel to or from outside the European Union, following the meeting of the health defense council at the Elysee. Castex has explained that a negative PCR will be imposed on intra-community travelers and has called to telework to avoid a new total confinement, which it has not ruled out for the next few days. “Our duty is to do everything possible to avoid a new confinement, and the next few days are going to be key,” he said.

In addition to the reinforcement of border controls, due to the concern of the new variants of the virus detected in other countries, the French Prime Minister has announced the closure of non-food shopping centers and has called for the reinforcement of teleworking in companies where possible, as well as in public administrations. “We have to do everything possible to comply with these rules and those that we have been following so far,” asked Castex, who referred to the use of masks, tests in case of symptoms and confinement in positive cases.

The objective of the tightening of the restrictions is to stop the COVID-19 pandemic, which continues to plague the French country, despite not reporting worse figures than those of its neighbors. Several members of the Government have recognized that the night curfew, which was brought forward to 6:00 p.m. throughout the country since January 16, has not been enough to contain the growth of cases of the virus. Castex has assured that there will be a reinforcement of the gendarmerie to control that the rules are met.

The Executive has been consulting experts and political representatives all this week about the tightening of the restrictions that it has announced this Friday.

France officially exceeded the 75,000 death toll from coronavirus this Friday, by reporting 820 more deaths, 355 that have occurred in the last day in hospitals and 465 in residences during several days, since the latter are only updated in the statistics twice a week, on Tuesdays and Fridays. In addition, in the last 24 hours there have been 22,858 infections, less than the 23,770 the day before, but in line with the level of the last few days. Since the beginning of the records eleven months ago, 3,153,487 cases have been recorded in France.

The situation in hospitals, following the trend of recent weeks, is getting worse, as the number of patients with COVID is increasing. Today 142 new admissions have been added to the 27,308 admitted. This Friday there are 3,130 people in intensive care units, 19 more than yesterday.