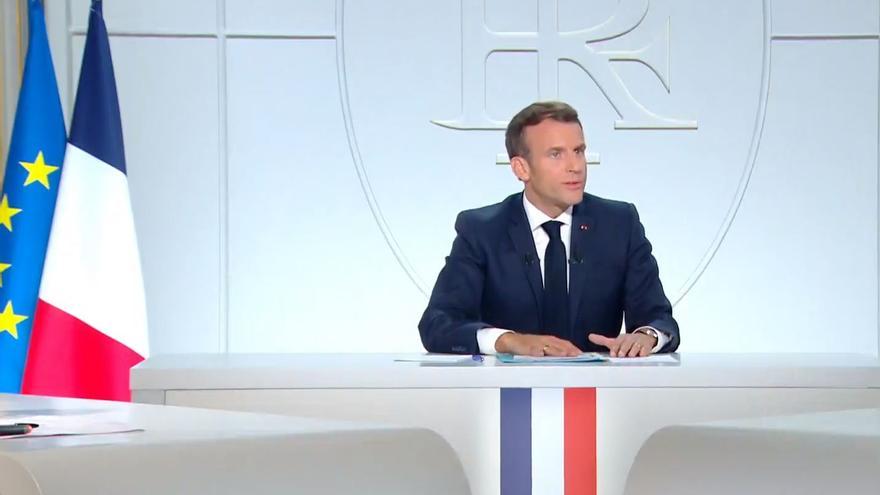 Starting at midnight this Saturday, France will impose a curfew between 9:00 and 6:00 in Paris and eight other major cities – Lyon, Aix-en-Provence-Marseille, Toulouse, Lille, Montpellier, Grenoble, Rouen and Saint -Etienne– to stop the spread of the virus. This was announced by the French President, Emmanuel Macron, in a televised interview that has generated great expectation throughout the country and in which he has remarked that “it is a relevant measure” given the increase in infections in these metropolises, all them in maximum alert zone. The French Government, in addition, restores the state of health emergency throughout the country as of this Saturday.

The main objective of this curfew – or night confinement, as some refer to it – is to drastically reduce social encounters, the main sources of contagion. “Private meetings, parties, anniversaries (…) are the most dangerous, they are moments in which there is a bit of relaxation,” said the French president. The measure will be applied for at least four weeks and will be extended, or not, depending on the incidence of the virus. “We can gradually reopen, but I want to be prudent,” Macron justified himself before the cameras. A drastic decision but one that, as the French president remarks, allows the economy to continue working, that people can continue working and that schools do not close, as would happen in a lockdown like last March.

Starting at 9 p.m., the establishments and restaurants of these nine cities must close and residents will not be able to circulate unless justified, as in the case of health professionals or other essential workers. Violation of the curfew will lead to a fine of between 135 and 1500 euros and, during the interview, Emmanuel Macron has not forgotten to call for prudence and social responsibility. Even so, it has not advised citizens to travel during the All Saints holidays, which begin precisely this Saturday and will last for two weeks, until November 2, as long as they respect security measures. The curfew is also a wake-up call for the rest of the regions of the country that are in a reinforced alert zone, that is, where the incidence rate exceeds 150 cases per 100,000 inhabitants.

The appearance has had the French in suspense since the beginning of the week, after a weekend in which France broke a new record of almost 27,000 new infections a day last Saturday and with more than 42% of ICU beds in Paris occupied by COVID-19 patients. Prime Minister Jean Castex warned Monday in an interview: “The second wave is here and we cannot relax.” Castex also did not rule out local lockdowns. Members of the Government have been talking for days about an “electroshock” necessary to not saturate the health system, on the verge of collapse in the maximum alert areas.

“If we do not want to take tougher measures in three weeks or a month, we will have to respect these rules,” he said, before remembering that the virus will be present “until the summer of 2021.”

During the interview, Emmanuel Macron made an effort to empathize with young people, recognizing that “it is difficult to be 20 years old in 2020, so I am not the one to give lessons.” Nor has a message of optimism been lacking: “We need each other, but we will get out of this,” Macron said before saying goodbye.