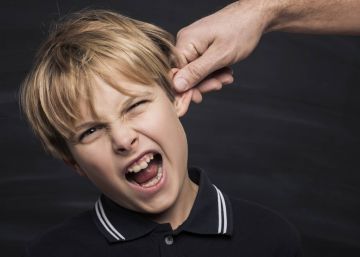 After a long legislative process, France today approves a legal reform (dubbed the "anti-drug law") that prohibits corporal punishment of children at home and at school. The regulation, which will come into force in the autumn, establishes that the authority of the parents must be exercised "without physical or psychological violence". With this regulatory change, the French country belatedly adds to the list of States that have legally abolished this practice, as required by the Convention on the Rights of the Child and the European Social Charter.

In Spain, it was in 2007 when the paragraph of the Civil Code was banned from the Civil Code article 154 that allowed the parents to correct the children "reasonably and moderately", adding the paragraph that parental authority must be exercised with respect to the "physical and mental integrity" of the children. A right to reprimand and correct children that justified, as long as certain requirements were met, some punishments, such as smacking, slapping or whipping.

On paper, therefore, parents have no recognized right of correction on minors, but, however, jurisprudence continues to invoke it to justify certain physical punishment as part of the duty to educate minors, provided they do not exceed some limits. Although it is very difficult to draw the thin line that separates the right to correct (with an increasingly restrictive interpretation) of the crime of injury or abuse in the home, the courts have established a series of criteria.

Thus, for example, it is taken into account whether the punishment sought or not the interest or good of the child; if it is a reaction to a child's previous action; and if it is in fact punctual or, on the contrary, it usually occurs. In no case is disproportionate violence protected, which is considered a crime of injury (Article 153 of the Penal Code), or abuse in the family (Article 173 of the Criminal Code).

Sometimes, justice has avoided penalizing the parents' reaction when it is a specific response to a previous violent behavior of the minors. Thus, in a sentence handed down in 2017 by a criminal court in A Coruña, he acquitted a mother who had slapped her 11-year-old son after he refused to obey her. The magistrate understood that, in this case, the boy's behavior when throwing a mobile phone "not only shows contempt for the mother's authority, but also for the effort and work that goes into earning a salary to acquire goods." For the magistrate, the mother had not slapped her son to cause an injury, "but his intention was to put an end to a violent attitude."

On another occasion, the Provincial Court of Córdoba, in 2004, acquitted a mother who had given a "pat on the ass" to one of her children for being late home with her little brother. For the Chamber, "such action is in accordance with the social uses in the relations of parents and children", and qualifies the reaction as "adequate", rejecting that it had exceeded the exercise of the right of correction.

The courts also distinguish between an isolated slap and a slap based education. Thus, the Provincial Court of Barcelona considered in 2009 that giving a "soup" to the 10 year old without causing any injury did not fall within the concept of abuse. The magistrates consider that the minor did not comply with the "reasonable orders of the father to study", and guarantee that he acted in the belief that he fulfilled his duty to educate and train. Different criteria followed the Provincial Court of Pontevedra when he sentenced a mother to two months in prison and the prohibition of approaching her 10-year-old son for six months for giving him "a couple of slaps" when he refused to shower. The magistrates considered that the reproach before a possible disobedience of the minor "can never justify the use of the violence that he exercised". They also rule out that the behavior of the condemned was aimed at the benefit of the child, qualifying the behavior as constituting a crime of abuse in the field of domestic violence.

The Provincial Court of Tarragona, in a sentence of 2012, refused to consider behavior as criminal behavior (a slap, a slap, a spanking, a tug of hair) "that take place in a specific context and in an isolated and timely situation" . Thus, he acquitted a man who slapped his 10-year-old son for not wanting to greet a friend of his father, resisting the father's subsequent requests to apologize for his behavior.

A discussion of a mother with her youngest daughter in the street, giving her a blow with an open hand on her nose and a strong pull on her left arm, were enough reasons for the Provincial Court of Castellón to condemn the mother to a sentence of works for the benefit of the community and the prohibition to approach her daughter less than 200 meters for 6 months. In the ruling, issued in 2016, the magistrates considered that the mother overcame the duty of correction that corresponded to her.

A ruling of the Provincial Court of Guadalajara issued in 2012 rejected the behavior of a mother who subjected her daughter "to constant insults and attacks almost daily" was covered by the right to correction. For magistrates, the purpose of the right of correction should always be aimed at the child's own interest, so that corporal punishment, far from being pedagogical, "only serves to extend and perpetuate violent behavior."