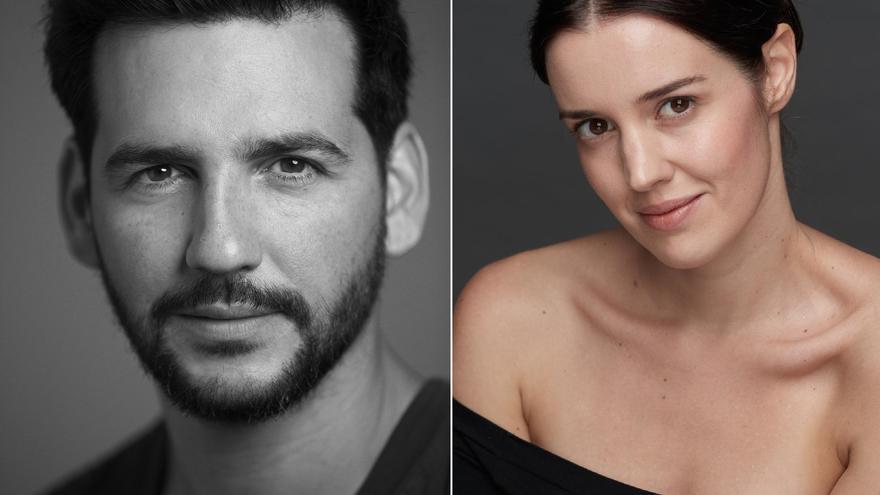 Fran perea and Nuria Lopez will interpret Don Juan and Doña Inés in the version Don Juan Tenorio in Vegueta that will be represented the next October 30 and 31 in the old town. Zorrilla’s classic work returns from the hand of DD & Company Producciones to the founding neighborhood of The Gran Canarian palms, where the Plaza de Santo Domingo, the Plaza del Pilar Nuevo, the Plaza de San Agustín and the Plaza de Santa Ana will be the scenarios in which the adventures of the lovers take place.

Sixteen years after the first agreement between the City Council of Las Palmas de Gran Canaria and the production company directed by Dania Dévora, the montage thus recovers the essence of its origins, but with a renewed reading of the plot in which “the look from the perspective of women ”will be very present, according to the producer. Yolanda Pallín has been in charge of adapting the text of the poet and playwright from Valladolid that the experienced cast that has prominent names from the local and national scene will interpret under the orders of Tamzin Townsend.

The British director repeats leading the production that she also directed in 2008. Trained in drama and theater at the University of Kent, she started her professional career in Barcelona in 1992 with Bones Festes. Work of great recognition that was followed by others such as Ana Frank’s diary. In addition to Don Juan Tenorio, has worked with other Spanish and English classics such as Macbeth or The dream of a nigth of summerby William Shakespeare; The Twins, of Plautus; or The Gran Vía, zarzuela composed by Federico Chueca and Joaquín Valverde, among many others. He has also directed operas such as Don Carlos and the favorite and currently combines his career with the work of teacher and director of the Master of Performing Arts at the European University of Madrid.

For the occasion, Townsend will lead the cast in which Fran perea he will get into the skin of a don Juan who will fall once again at the feet of his beloved in the streets of Vegueta. Face recognized by a generation that closely followed series such as When leaving class, Central Hospital or Moon, the mystery of Calenda, or Los Serrano, among others, which has once again conquered a legion of teenagers who have joined the rebroadcasting of this latest platform. He has also participated in films such as The way of the English, The thirteen roses, From your window to mine or Life vest under your seat. In addition to directing his first short film, The dancer, the Malaga actor has a long experience in the theater, having debuted as a director in 2017 with the play Souvenir by Pablo Díaz Morilla when we have the information.

The other great protagonist of this fictional love story will be Nuria Lopez, who will give life to Doña Inés on October 30 and 31. The actress has been part of the cast of Old Bridge and has participated in films such as Maktub or in short films like More people on sites or Room, with which she won the Best Actress Award at the Roda Film Festival. Also protagonist of the video clip stay by Maldita Nerea, among his latest works include the show Damn damn, winner of the 2016 MAX Award for Best New Show, the series Shame or the movie Grandparents.

In the role of Brígida she will be Mari carmen sanchez, born in Cádiz living in Las Palmas de Gran Canaria where she started her professional career with Pharsalia in 1994. After the great success of his role in The time between seams, it was time for her to be known and recognized by the general public. In cinema he has worked under Pedro Almodóvar in Juliet; by Benito Zambrano, The sleeping voice; by Félix Sabroso and Dunia Ayaso, in The inner island; by Antonia San Juan in You choose; by Antonio Betancor from Mararía; by Juan Carlos Falcón on Box and Elio Quiroga in Photos. He has also participated in series such as Iron, The Secret of Old Bridge, The Ministry of Time, Serve and protect, The sonata of silence, or B&B, by word of mouth, among other.

Don Gonzalo de Ulloa, father of Doña Inés, will be played by Francesc Albiol. The perfume, Kidnapping, Garcia and Garcia or Lucia’s gaze, are some of the cinematographic works in which he can be seen, as well as in series such as The curator, Aída, The one that looms, Luna, the mystery of Calenda, Acacias 38, Sonata of silence or Sapere aude T2, among other. Winner in 1996 of the Barcelona Critics Award, he also has long experience in the world of theater where The Horns of Don Friolera, The Altarpiece of Wonders or Babel these are just some of the works in which he has participated.

The cast will be completed Jorge Roelas, present in series like Family doctor, There is no one living here or Paquita Salas, who will have the role of Ciutti; while Chema Rodríguez-Calderón will play Miguel and Pascual. The Gran Canaria Ciro Miró will give life to Don Luis de Mejía and Cesar Sanchez will play don Diego. The Tenerife Jon rod, who has been seen on the big screen in Exodus: Gods and kings or in series like Elite, Loving is forever or I am alive, will act as Avellaneda and Xabi Olza It will be Captain Centellas. The popular sexologist, presenter and actress, Lorena Berdún, will adopt the role of Mrs. Ana de Pantoja and Silvia de Pé Lucia’s. Among the names of the Canarian professionals present in the cast are also Blanca Rodriguez, who will give life to the abbess, Rachel Arroyo to the turner, Fernando Navas placeholder image Buttarelli and the sculptor and Carmelo Alcantara to Gastón.

As far as the technical team is concerned, Don Juan Tenorio in Vegueta this year will have highly reliable professionals in the performing arts, starting with Chema Rodríguez-Calderón, who joins the team as a stage assistant. Alfonso Barajas will be in front of the scenography with Berta Navas as an assistant set designer and editor. The lighting design will be carried out by Jose Manuel Guerra, the costume will be in charge Claudio Martin and the Canary Friends of the Opera costumes. Ana Lidia Alonso will lead makeup and hairdressing, Julio Vicente Artiles the props and Adae Santana the rulership.