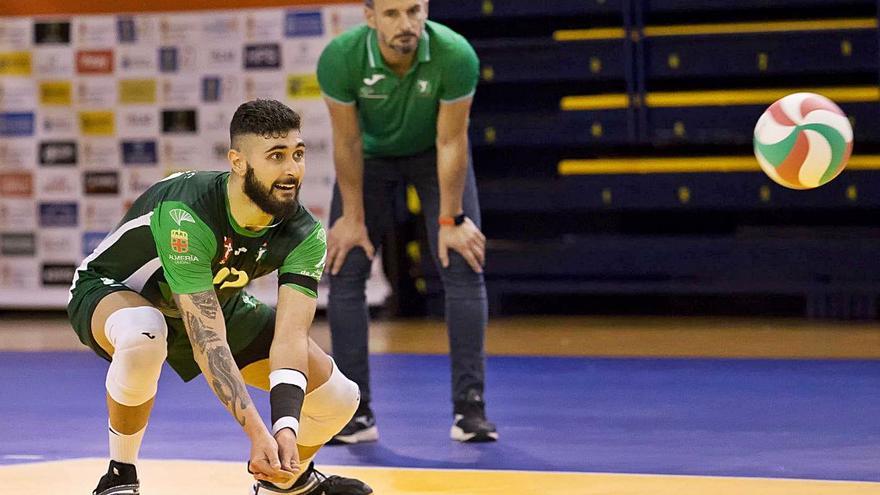 After the signings of Borja Ruiz, César Martín, Ángel Rodríguez, Yadrián Escobar and Yosvany Hernández, it is the turn of Fran Iribarne, who arrives on the island from Unicaja Costa de Almería, the victim of the Gran Canaria team in the last league final.

The Almeria player arrives at the yellow squad with the intention of providing claw, character and quality to a key area, that of receiver. Born in 1998, after training in the permanent concentration of the national team in Palencia, he made the leap to Melilla in the 2016-17 season. His excellent performance in the two years he spent in the North African team served to attract the attention of Manolo Berenguel, who recruited him in the 2019-20 academic year to join the club in his city.

In the record of Fran Iribarne, there is a King’s Cup title, a runner-up in the Mediterranean Games with Spain, two runners-up in the Men’s Super League, a cup runner-up and three in the Super Cup, among others.

“The Guaguas draws attention, not only for the city, but also for everything around the club,” says the Andalusian setter, who adds that the first time he spoke with Juan Ruiz, the president, “I was surprised that a team like this look at me, I liked it a lot ».

Fran Iribarne confesses that making the decision to come to Gran Canaria was not easy: «I really wanted to sign, but Unicaja is still my hometown team. I discussed it with my family and friends and in the end I decided what we all believed was best for my future.

In the Guaguas, you will find old acquaintances on the staff, which will make it easier for you to adapt. “Everything is more difficult if you go to a team where you do not know many people, it is always better to have dealt with almost all of them and that has also helped me when making the decision,” he pointed out.

«I come with enthusiasm and confidence. Few teams are going to have the illusion that we will have to play the Champions League, “added Fran Iribarne, who says the following:” With the squad that has been made, I think it is possible to compete at a good level.

When describing himself as a player, the Andalusian pointed out that he is mainly characterized by a character “that makes me very competitive, sometimes it is even difficult for me to regulate the scale.” “On the technical side, reception is my strength and in that sense I think I will be able to contribute a lot to the team,” he says.

Fran Iribarne considers that the return to competition last season of his new team, Guaguas, has been a great shock to Spanish volleyball. “That he comes back in this way is something that calls the attention of all volleyball fans,” says the yellow setter.