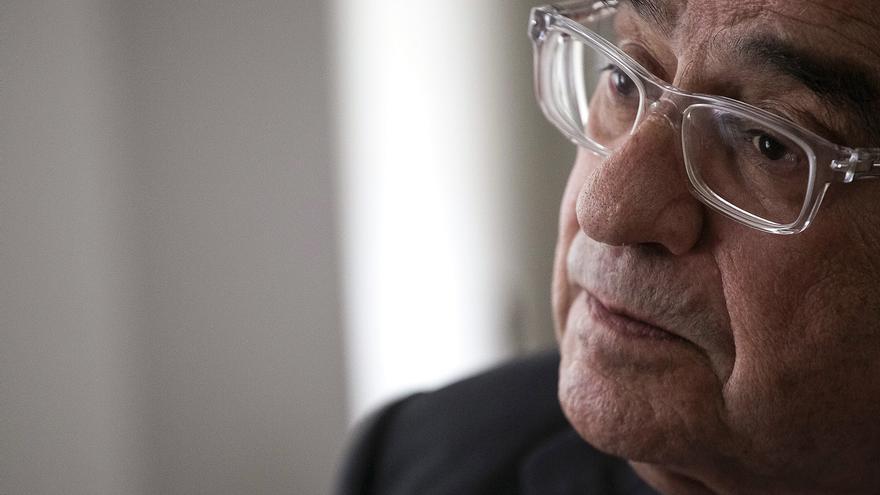 The support for Rodolfo Martín Villa sent to the Argentine judge Servini has been arriving in the face of the investigative statement scheduled for this Thursday, in which the former Minister of Transition is expected to declare online from the Argentine embassy in Madrid for “crimes of aggravated homicide “in the context of crimes against humanity due to events such as those of the Sanfermines of 1978 (one dead, 150 injured) or the Vitoria massacre on March 3, 1976 (5 dead, more than 100 injured), among others . Martín Villa has delivered these letters to the Argentine judge.

With this, Martín Villa intends, as he says in the letter sent to the judge, “to defend myself but above all to defend that in the Transition, which has been one of the best stages in our recent history, it was impossible for there to be a genocide.”

Eldiario.es has had access to some of the supporting texts. In his writing, former President Zapatero defends the role of the transition and the Amnesty Law as “a central element of the Transition Pact,” and highlights that Martín Villa contributed with “conviction and effectiveness” “to consolidate the birth of democracy in my country. I have no doubt that this and no other is precisely the mark that he leaves in the recent history of Spain. ” And he adds: “Spain came to democracy through a great pact that can only be understood in view of our rugged and often violent preceding political history, a pact that the Spanish people ratified and legitimized, and that they carried out, together with the Recent participation of the leaders of the political left in that process, young leaders who had begun their political career in the final stage of the Franco regime, but whose actions already directly attributable to their own political initiative consisted precisely in contributing decisively to that long-awaited arrival to democracy in his country. Mr. Martín Villa was one of the most prominent among them. (…) ”

In his text, the former secretary general of CCOO Antonio Gutiérrez entitled his writing “Now I do thank Martín Villa”, and in it he exempts the former minister of the transition from responsibility in the murders investigated, he affirms that imputing such crimes “is not only a sarcastic and unsustainable misrepresentation of his career, but of the entire Transition to Democracy process “and highlights that Martín Villa avoided” violence whenever he could. ”

Former President Felipe González goes further in his writing, considering that “responsibilities should be purged from those who, in my opinion, urged him in bad faith [este proceso] and meaningless. “González points out that” the behavior of Martín Villa at the head of the Ministry of the Interior – the most complicated of the moment – was impeccable and strongly committed to respecting the rule of law, its preservation and its development. “And he adds, later: “For all this, Judge, I can testify through this statement, the dedication of Rodolfo Martín Villa to the recovery of the democratic freedoms of the Spanish and his intense work in defense of the rule of law.”

In the same line of support, the former UGT secretaries Cándido Méndez and Nicolás Redondo express themselves, who highlight the role of Martín Villa “seeking reconciliation between Spaniards.”

“Being a figure of the Transition does not exonerate him”

The group of complainant associations Ceaqua regrets that the supporters for Martín Villa consider that his figure “as a consensus-maker” exonerates him from any criminal responsibility “and that Felipe González considers” that criminal responsibilities should be clarified with respect to the complainants themselves and not respect to Martín Villa. “Ceaqua recalls that the obstruction by the Spanish authorities of the criminal case that is being processed in Buenos Aires has been severely criticized and censored by the Human Rights Council of the United Nations, by the European Parliament and also in the within the Council of Europe. It also underlines that the United Nations calls on the Spanish State to “reverse, once and for all, its policies of impunity in this area and allow, in accordance with the regulations of International Human Rights and Human Rights Law International Criminal Investigation of said crimes “.

The complainant associations emphasize that Martín Villa “was the paradigm of those political leaders who, coming from a bloody and cruel dictatorship such as Franco’s dictatorship, came to consider themselves the fathers of the current democracy,” and they emphasize that “the facts for which Martín Villa is accused in The Argentine complaint, based on the responsibility of the civil superior -which can be, in accordance with International Human Rights Law, both by action and by omission- includes twelve murders and hundreds of injuries caused by the State Security Forces and Bodies that he directed, and which he refers to as “unfortunate actions” or simple “errors.” The facts are duly accredited in the criminal case and it is in the strictly legal-procedural, rather than political, level that Judge Servini must determine whether he prosecutes you or not. ”

From CEAQUA they add that “taking into account all the evidentiary proceedings incorporated into the case, we hope that finally Martín Villa will be prosecuted, which will mean a procedurally undoubted advance in the processing of the process and an important step to put an end to a model of impunity incompatible with a democratic state “.

Charged with 12 crimes of homicide

Martín Villa is being investigated for a total of 13 crimes of aggravated homicide in a context of crimes against humanity during the Spanish Transition. Argentine justice imputes the participation of the former minister in several massacres, such as the Vitoria massacre on March 3, 1976, in which five workers were killed by gunfire by the Armed Police in a previously “gassed” church. The repression against the workers left more than 100 people injured, the majority by firearms. Martín Villa was Minister of Union Relations of the Government chaired by Carlos Arias Navarro.

The same year 76 the so-called “guerrillas of Christ” killed a woman in Santurce. The far-right group was “protected by the police,” according to the complaint in the hands of Judge Servini. In 1977 there were new deaths, a student killed in a demonstration calling for amnesty for the political prisoners of the dictatorship and three other deaths, one of them after “thirteen days of painful agony” due to police torture.

The events of Sanfermines del 78, one of the most violent episodes of police repression in the Transition, are also included in the case. In them, the security forces charged after the deployment of a banner in favor of total amnesty. A student was shot in the forehead, and more than 150 people were injured. Another young man was murdered days later in Donostia.

Martín Villa, in these cases, was in charge of the State Security forces as Minister of the Interior or the Interior.

Judge María Servini is investigating whether these murders are classified as “specific” or if they are crimes committed in Spain between 1936 and 1977 “within the framework of a decided systematic and preconceived plan of attack to eliminate all political opponents.” The crimes against humanity imputed to the former minister are punishable “with the penalties of imprisonment or life imprisonment” according to Argentine law.

More restrictions in Lanzarote: meetings of two people and closure of economic activity at 6:00 p.m.