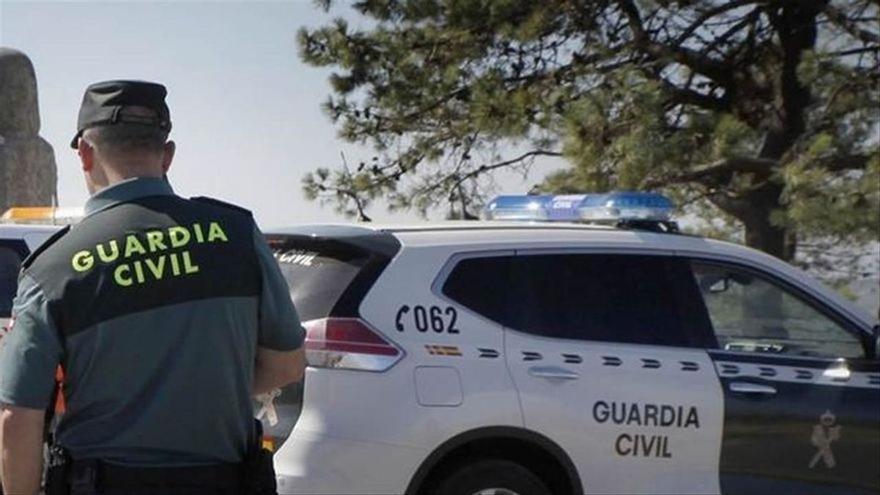 A military court condemns four civil guards stationed in Noia (A Coruña) for harassing and humiliating a comrade with homophobic comments for four years. The sentence includes that one of the accused came to make demonstrations like these: “Fags should not be in the Civil Guard”, “Spain up and death to fags”, “I’d rather have a dead child or a drug addict than a fagot.”

The court states that the defendants “acted in a concurrent, joint and persistent manner” and condemned them for “abuse of authority” – the Military Penal Code applies – to ten months in prison and ten thousand euros of compensation for mental and psychological damage. morals caused to the victim.

The events, which began in 2010, occurred “without interruption.” The harassment only ended when the victim withdrew from the service. In November 2014, agent Alexander (not his real name) was treated at a health center “for an anxiety crisis” and later referred to the Psychiatry Unit of the Santiago University Hospital Complex after an incident with a colleague. Since then, he has been on leave with a diagnosis of severe mental disorder, according to the sentence. Before the incident tried, the victim “did not have a personal history of mental problems,” adds the court

The proven facts confirm that prior to his arrival at the Noia barracks, one of the convicts had already warned that “a ‘fagot’ was going to arrive at the post.” Since then, they began “to spread rumors regarding his sexual orientation, saying that ‘he was homosexual”, in addition, they referred to Alexander as “cousin”, “pearl”, “the woman of the position” and he began to be called “a ‘lazy, incompetent and bad professional “, picks up the sentence issued in June by the territorial military court of A Coruña. The ruling is not final and has been appealed to the Supreme Court.

“Over time, the situation of contempt remained, with rumors, whispers, jokes and comments about his sexual orientation, the main source of his loss of prestige, which later expanded to his professionalism and the way of carrying out his duties as a member of the Civil Guard, “continues the sentence.

The contempt on the part of his companions towards the victim spread throughout the town. The sentence includes two examples that show how the harassment suffered by the agent did not occur only in the barracks. In one of them they describe that the comments “referring to their alleged sexual orientation became very widespread”, since “some detainees”, acquaintances of two of the convicts, “even made fun of” the complainant “calling him a ‘fag’ and telling him that they had been told that if he cajoled him he would let them go out and smoke. “

The second incident took place in a bar where the victim entered with one of the convicts. “The waiter makes a comment telling him ‘if that was the homosexual Civil Guard, that if he wanted to fuck him, they would arrange an appointment with him.’ Likewise, comments were made to the public about the little professional worth [de Alexander]”, continues the sentence.

The court also stops at the role played by one of the victim’s superiors, a sergeant who is not among those convicted and whom Alexader “went to” on “different occasions” to tell him “that his colleagues treated him inappropriately. “. Faced with these complaints, the command “limited himself to telling him not to pay attention.” Likewise, three of those convicted “told” the agent that “the sergeant was unhappy with his appearance, with his way of working and that he was going to punish him,” according to the sentence.

The victim “began to perceive” that his hierarchical superior “reproached him many times on professional matters, calling him not very competent and lazy.” Alexander assumed these comments were due to the sergeant “being influenced” by the convicted officers. And they detail a behavior of the command: “When he presented a medical leave, he told him that this leave was not justified, a comment that surprised him because he had not done it to another colleague who was also on leave, coming to perceive that the disposition of the command towards his person was negative. “

At the trial, the sergeant “denied having heard derogatory comments or humiliations referred to” to Alexander and assured that the victim “did not complain of harassment or insults.” The court also highlights a “contradictory” explanation of the command: “He began by saying that he had a good concept of [Alexander] and that he gave him good reports but ends his statement saying that it was said that professionally he left something to be desired “.

Despite the statement of this sergeant, the judges take Alexander’s complaints as proven fact, they even speak of “a passivity of the hierarchical superior” and remember that when “illegitimate acts” are transmitted to the command, he is obliged to act. Faced with this exposition, they have agreed to refer “to the authority with disciplinary power” the “conduct carried out” by the now second lieutenant so that they can assess it. In his opinion, it could involve “some of the serious offenses” or a very serious offense, which punishes discrimination or harassment based on sexual orientation, regulated in the article of the Disciplinary Regime of the Civil Guard.

elDiario.es has contacted the Civil Guard to see how the institution managed the humiliating treatment contained in this sentence, without having received a response for the moment. The victim’s lawyer, Esther Diz, states that her client is “displeased” with the actions of the armed institute. “He did not have any support, he requested a destination in some offices and they did not grant it to him,” he says. For their part, the lawyers of the condemned maintain that the Civil Guard “should not open any file” to their clients until the sentence “is not final.”

The latest chapter of “harassment” described in Noia’s barracks details that two of the convicts overloaded Alexander during his service, “while they bragged that they did not have much to do.” One of them also “entrusted him with carrying out actions related to gender violence and, later, he claimed responsibility for the work he had done.” The victim also brought “these problems” to the attention of the sergeant, according to the sentence.

Some of the colleagues who supported the victim’s statement at the trial explained that the victim “was affected by the treatment he received” and that “it was in decline.” For its part, the defense of the condemned raised as a line of argument that Alexander’s objective was “to leave the Civil Guard with a pension for illness in the act of service.” The case was prosecuted after the health service that treated the victim in 2014 sent the medical report to an investigating court.