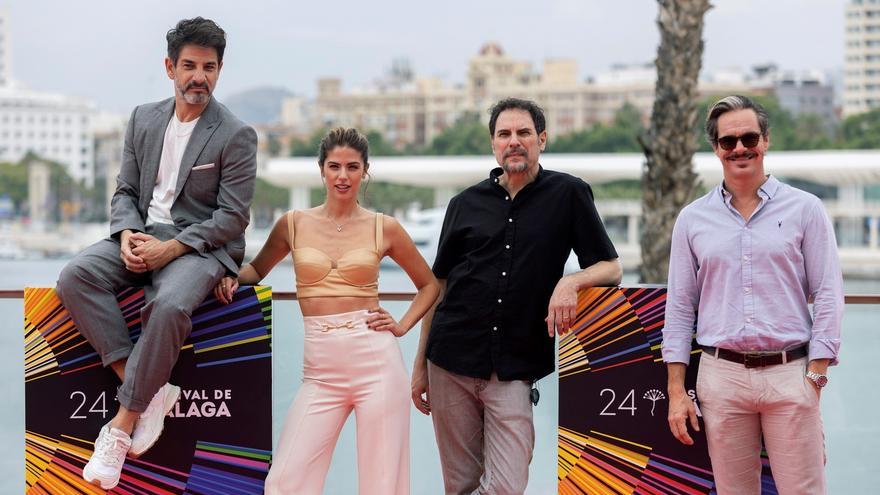 Malaga, Jun 5 (EFE) .- Four characters are locked in a paradise "and rub their egos to overcome their conflicts" in "Amalgama", the third feature film by Mexican filmmaker Carlos Cuarón, which thus defines the relationship of these protagonists of a story with which he wanted to "portray the absurdity of the human condition".

It is a film "about pain, which is becoming relevant now, because of what we have lived through in the pandemic", in which he decided that the four protagonists were dentists "because we associate them with pain, and because they are great connoisseurs of pain ", Cuarón explained this Saturday at a press conference.

The director, who has presented this co-production of Mexico and the Dominican Republic in the official competition section of the twenty-fourth Malaga Spanish Film Festival, decided "very early" that he would call it that way, when he gave the lead to four dentists, because "An amalgam is a type of filling for the teeth."

At the same time, with those four protagonists played by Manolo Cardona, Miguel Rodarte, Tony Dalton and Stephanie Cayo, "the film necessarily becomes an amalgam of conflicts, themes and morals", according to the filmmaker, who considers the title "very organic" .

Cuarón, who was nominated for an Oscar for best original screenplay for "And Your Mommy Too", chose to shoot with numerous sequence shots, "which help to have acting truth, because they portray the moment."

"The cinema uses editing many times to correct mistakes, and with the sequence shot the good and the bad are there. I communicated it to the actors from rehearsals and they got on the idea with great passion," he assured.

Regarding the location, he points out that, "when looking for places to rest, you want to break with everyday life, going to paradises, and the archetype of modern paradise, given by literature, cinema, the media and, above all, advertising, it is with turquoise waters, white sands and palm trees full of coconuts ".

Regarding the work with the actors, he pointed out that first he spoke with each one of them about their role and then, as there were "two very defined couples", the couples were first rehearsed separately and then with the four together "so that they were clear the tone we wanted. "

He has revealed that he reached the four leading actors after a "very intense" selection work, and without knowing at the time that he had chosen three men "who turned out to be very friends."

"You achieve more things when there is a natural chemistry between the actors. It was an accident that I really appreciate," said Cuarón.

For Miguel Rodarte, the four protagonists are immersed "in an emotional catharsis" because they are characters "very emotionally immature, and in the relationship they have between them from that immaturity they are faced with all the work that is pending on them."