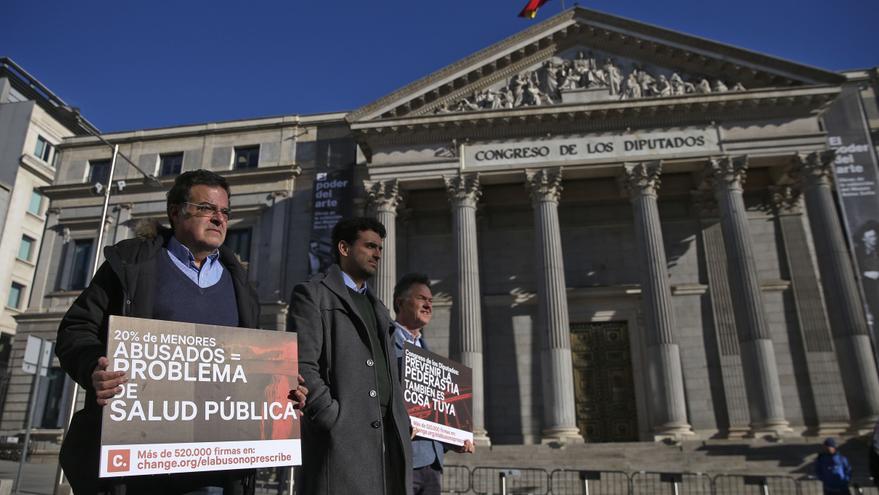 Little by little, the Spanish bishops begin to react and depart from the official thesis of the Spanish Episcopal Conference regarding the fight against the abuse of minors. If the leadership of the Spanish episcopate reacted to the dossier delivered by The country to the Pope Francisco and Cardinal Omella with 251 new cases of pedophilia, lamenting his "lack of rigor", at least four dioceses have addressed the newspaper to request information and contact the victims of possible pedophiles implicated in their territory.

These are the dioceses of Bilbao, Zamora (the first to announce, through its bishop, Fernando Valera, that it would open a historical investigation of abuses), Barcelona and Orihuela-Alicante. The Biscayan bishopric has also issued a public note in which it recognizes "the work done" by the press and announces the opening of an investigation to address five cases. Specifically, those that occurred at the Marist school in Bilbao in 1990; in the children's sanatorium of Santa Marina, in Bilbao, in 1971; at the Paúles de Barakaldo school in the 1950s; in the church of San Juan Bautista de Bedia, in the years 1964-1966, and in the parish of Cristo Rey in Bilbao in 1976.

The diocese, pastored by Joseba Segura, assures that it has proceeded to open the corresponding investigations "on the news published with the documentation received from the Episcopal Conference."

"We share the search for the clarification of any case of abuse that may have occurred and that, without a doubt, will have as one of its fruits the knowledge of the truth, with special attention to the needs of the victims and the non-repetition of events such as the denounced ", adds the diocese, that hopes to offer" a complete investigation in the measure of its possibilities and competences ".

These words contrast with the analysis of the Spanish ecclesiastical leadership that, last December, demanded "greater rigor" in the "accusations" of the newspaper, whose content, "of a very disparate nature, makes it difficult to draw conclusions that may serve a possible investigation ", they were saying. The dossier had reached Pope Francis on December 2. There were 385 pages in which, in the opinion of the Episcopal Conference, the "name of the accused, the years in which the abuses occurred, or refers to deceased persons" was missing. The deceased, the potential perpetrators, not the survivors of abuse.

However, Bergoglio ordered that it be investigated. So, a week later, the bishops ended up transmitting the report to the dioceses "suggesting, if they see it necessary, to contact The country. The same is done by the Conference of Religious (Confer), to whom we have sent the part of the report that affects religious, 77%, "according to elDiario.es the spokesman for the bishops Luis Argüello.

Now, the Bishopric of Bilbao "invites any person who may have had knowledge of the events published in the aforementioned newspaper, or anyone else who has any relationship with the Diocese of Bilbao, to contact the diocesan Commission for the protection of minors and prevention of sexual abuse, through email: [email protected]", ensuring confidentiality" to the extent and limits that person wishes and current legislation determines. "

"We recall the determination of the Diocese, in tune with what is contained in the Gospel and constantly cited by the Holy Father Francisco, to know, following the norms in force, the truth of the cases that could have occurred, attend to the victims and eradicate any type of abuse in the Church ", concludes the note, which represents a before and after in the way of approaching, from the dioceses, the accusations carried out by the victims of abuse through the media, when not finding an answer in the church. However, a global investigation on the impact of clerical pedophilia, throughout history, in Spanish territory has not yet been carried out, as in the rest of European countries (with the exception of Italy).