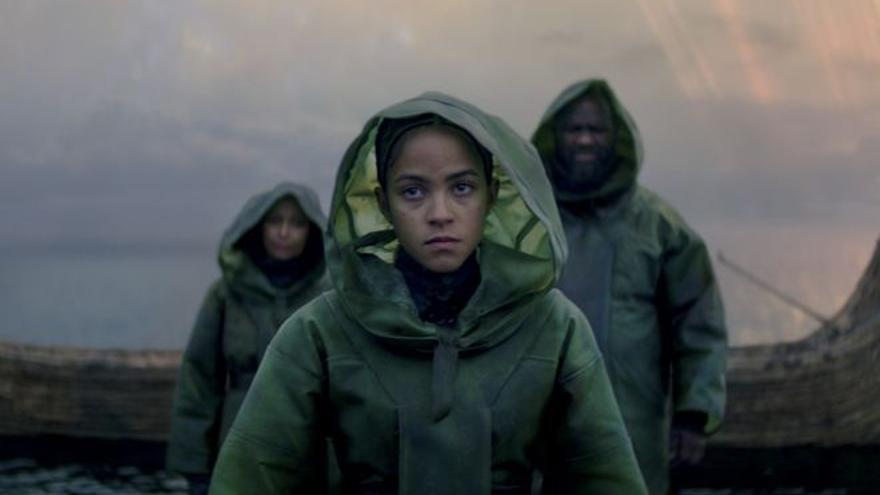 Asimov’s ‘Foundation’ saga had been the subject for decades of repeated and unsuccessful attempts to translate it to various kinds of screen. The New Line production company gave up on his at the end of the nineties and chose, not without good eyes, to focus on ‘The Lord of the Rings’. In 2009 the development of a version of Columbia Pictures in collusion with Roland Emmerich (already hardened in the space epic with ‘Stargate: Door to the stars’) was announced, which also did not come to anything. HBO planned and left a series in collaboration with Jonathan Nolan (later concentrated on ‘Westworld’). When, Now three years ago, Apple announced the production (without pilot by medium) of the seriesMany of us read it as a quixotic and unlikely feat.

And yet ‘Foundation’ exists. The first ten episodes (the first two arrive on Friday, the 24th, and then one a week will be released) of a galactic saga that should last up to eight seasons, if the designs of its co-creator David S. Goyer are fulfilled, known as, among many other things, an ally of Christopher Nolan in the scripts of his Batman trilogy. Nolan is precisely one of the names that come to mind just a few minutes after the imaginary and conceptual map of this new feat of the serialized narrative of our time begin to unfold. Also Kubrick, for that fascinating monolith that refuses to give its meaning. Or Scott from ‘Blade Runner’. Or the Villeneuve from ‘The Arrival’. Goyer and his team measure themselves against these references without neglecting, rather on the contrary, the possibilities of entertainment and emotion that the television serial offers.

Asimov’s idea novels thus become galactic serial material in the style of ‘Battlestar Galactica’, but perhaps, above all, a kind of ‘Game of Thrones‘ in the space: political and diplomatic intrigues, unexpected sensuality, creatures that could pass for dragons or the vertigo of knowing that no one is safe from dying at any time.

The emotional space of ‘Foundation’ lays its foundations in the initiatory journey of Gaal Dornick (Lou Llobell), arriving from Synnax to Trantor, capital of the Galactic Empire and center of the entire Galaxy, to join the team of mathematician Hari Seldon (Jared Harris ), inventor of a statistical science that allows us to predict the future of humanity and could help us save twenty-nine millennia of darkness. According to Seldon, Trantor and the Galactic Empire will be in ruins in five centuries, but the rebuilding process could take less time before the Encyclopedia Galactica, a gigantic summary of human lore, gets up and running. Of course, the authorities are not going to make things easy for the scientist. In Goyer’s vision, this reluctant power to change is represented by the unprecedented Genetic Dynasty: Dawn (Cooper Carter), Day (Lee Pace) and Dusk (Terrence Mann), three clones of different ages of the first emperor of the Imperium, renewed and Eternally replaced to maintain the status quo, or, as they prefer to call it, peace.

It is easy to find parallels between those scientists sent to an inhospitable exile to develop their great idea and all those voices that unsuccessfully warn about climate change or the pandemic. Too there are traces of Brexit or the new rise of nationalism. The series reminds us that science fiction is not just escapism, but can serve to reflect, warn and even inspire. The latter, ‘Foundation’ achieves it in two ways: encouraging belief in humanity and setting a new benchmark for fiction enjoyed in installments through a screen.