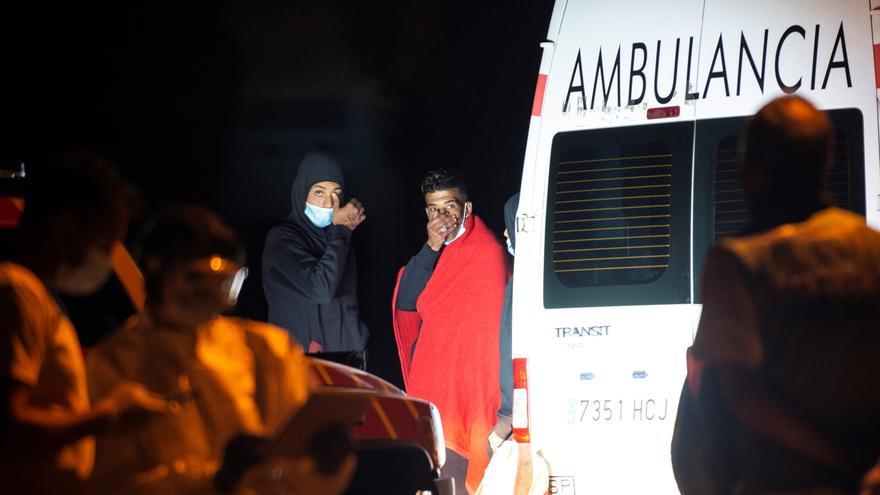 The emergency services have rescued from the sea this morning another three bodies belonging to the group of about 35 Maghreb immigrants who were traveling in the boat that sank on Tuesday night on the coast of Órzola, north of Lanzarote, very close to the shore. , which brings the number of deaths to seven in this shipwreck.

This has been announced by the manager of the Lanzarote Emergency Consortium, Enrique Espinosa, who has specified that firefighters proceed at this time to bring the lifeless bodies of these three men to land, in addition to four other corpses, belonging to four men, who could be rescued last night.

About 35 people were traveling in this boat, as reported this Wednesday to Efe Maritime Rescue sources, who have specified that 28 of them have been rescued and only one referred to a health center.

The boat in which this group of Maghreb people was traveling overturned around 7:30 p.m., when it was almost at the same pier in Órzola, after hitting a breakwater.

Among the survivors, seven claim to be minors, specifies the Lanzarote Emergency Consortium.

The rescued have told the emergency services that they left the coast of Agadir (Morocco) three days ago.

Maritime Rescue has reported that the search device that will continue this Wednesday in the area to try to locate more members of this expedition of immigrants is made up of a Canary Island Government helicopter, a Helimer 202, members of Emerlan and, possibly, a patrol boat of the Civil Guard.

Last night, while emergency services continued looking for possible survivors of this shipwreck, another boat was located about ten kilometers north of Lanzarote.

It was, as reported by Salvamento Marítimo, a gondola occupied by 19 Maghrebis, including a minor and a woman, who were taken over by a Civil Guard patrol boat, who disembarked them at the Arfrecife dock at around 11:30 p.m. .

Also in Lanzarote this Wednesday, another patera is being searched for, whose occupants have alerted through a phone call that they are near the island, which is why Helimer 222 and Salvamar Mízar have been activated, which have not yet found them .

The patera sank almost on the Órzola dock, after hitting a breakwater when it headed the last few meters to land. It was around 7:30 p.m. The accident victims sank on the same shore, while several residents of Órzola threw themselves into the sea to help them. “We believe that they did not know how to swim. The sea was totally thrown. Many times panic causes these serious incidents to occur,” said the manager of the Lanzarote Emergency Consortium. The search for the three possible missing persons will continue tonight and will intensify at dawn, already with natural light.