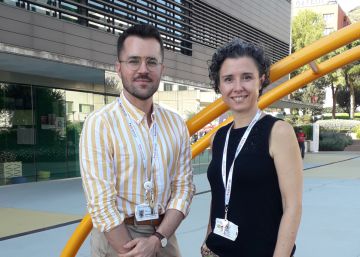 Instability when walking, speech problems, poor ability to concentrate. It could happen through a common ethyl poisoning if it were not because the affected ones are usually small children and the effect does not disappear with the hours. Phosphomannomutase deficiency (PMM2-CDG) is a rare metabolic disease that affects about 80 children throughout Spain. The cerebellum of these little ones atrophies and the neurological damage persists, to a greater or lesser extent, forever. It has no cure and no treatment. But, for the first time, a group of researchers from the Sant Joan de Déu hospital in Barcelona have shed light on a drug to alleviate the symptoms: the drug, which is already used for altitude sickness or glaucoma, hardly costs two euros and It has been shown to be effective in treating the neurological disorders caused by this disease.

Unknown and poorly diagnosed, this disease is caused by a congenital metabolism error. Children who suffer from it have a deficiency in glycosylation of proteins. That is, a kind of sugar antenitas that require proteins are not placed where they should. There are 120 deficiencies of this type described but, specifically, PMM2 is a protein whose function is to stick those sugar antennas. When mutated, this protein does not work well and causes numerous alterations in the body, from the kidney, eyes or liver, to coagulation and cerebellum. "When they get older, all these problems are usually solved, except for the effects on the cerebellum, which controls balance and attention," explains Mercedes Serrano, child neurologist at Sant Joan de Déu and author of the study, which has been published in the magazine Annals of Neurology. Mortality is around 30%.

In the absence of curative treatment, researchers have discovered that acetazolamide, which costs just two euros and is indicated to treat altitude sickness, heart failure, epilepsy or glaucoma, also works to alleviate the symptoms of this metabolic disease . "In these children, at the level of the cerebellum, there is a calcium channel in the neurons that functions as a door. When that protein does not work well, there is an alteration in the entry and exit of calcium. What we do with this treatment is regulate that area better, "explains Serrano.

In this phase II study, researchers recruited 23 children from all over Spain and followed them for six months of treatment with acetazolamide. Of them, 20 improved. After six months, half of them had their treatment withdrawn for five weeks and showed that the children who had continued with the drug were stable while those who discontinued the treatment worsened.

Children have more plasticity in the brain and their condition is improving. Although your cerebellum atrophies, with adequate time and exercise, they overcome some of the damage acquired. Although not quite. "When they are adults, they continue to have some intellectual disability of greater or lesser severity," Serrano says. Researchers seek to conduct a phase III study with patients from other countries – in the European registry there are more than 500 children with PMM2-CDG— and continue to collaborate with a team from the Autonomous University of Madrid who are investigating, in basic science, some curative therapy for this disease.