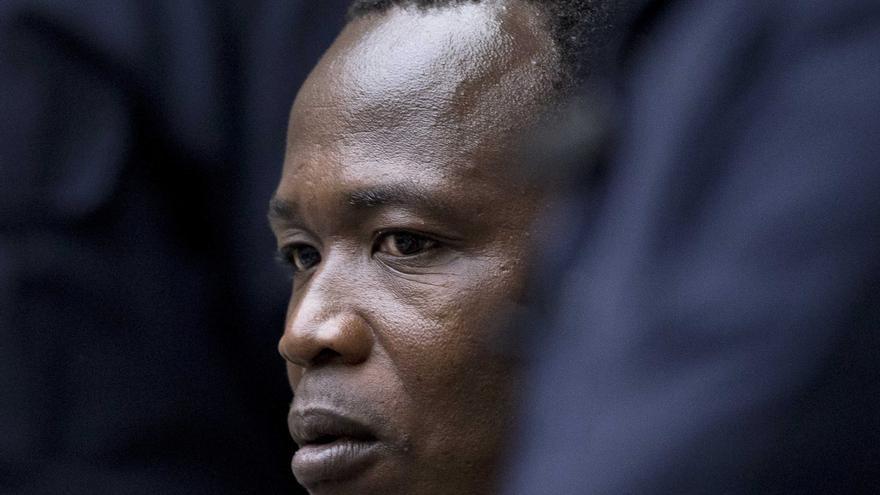 The International Criminal Court (ICC) declared the former Ugandan commander of the Lord’s Resistance Army (ERS) Dominic Ongwen guilty on Thursday of 61 war crimes and crimes against humanity. Among the crimes committed by Ongwen, who listened to the verdict undeterred, are attacks against the civilian population, murder, torture, persecution, slavery, forced marriage, forced pregnancy and recruitment of child soldiers.

It took almost two hours for ICC judge Bertram Schmitt to publicly read the sentence and recounted the atrocities of the LRA between 2002 and 2005, years in which Ongwen rose through the chain of command of the armed group. The LRA attacked, in its fight against the government of President Yoweri Museveni, camps for internally displaced persons located in northern Uganda that were supposedly defended by the Army. Judge Schmitt, who read aloud the names of dozens of victims, explained that in the attacks by the armed group, its members “also fired at civilians. They were ordered to shoot them in the head and chest to make sure they died.” .

It is the first time that the ICC has found a defendant guilty of “forced pregnancy” suffered by two women whom it had previously abducted.

“He had forced sex with four of them,” said the judge, who recalled the words of a witness when he pointed out that the rapes occurred “when Ongwen wanted to.” The first of them testified anonymously as witness P-0101 and was forcibly recruited by the LRA in northern Uganda. The condemned man named her as one of his “wives” and forced her to have sex “repeatedly and whenever Dominic Ongwen wanted”, the verdict says.

In her first sexual encounter with the then LRA commander, the victim was fifteen years old. She initially refused to enter her tent, but was forced to do so by security guards.

After being threatened with a weapon by Ongwen himself, the minor said that she had never had sex. The military leader’s bodyguards “took her by the hands while Dominic Ongwen held her by force” and raped her, while she “wept and bled.” As a result of the rapes, the teenager had a boy in 2004 and a girl in 2005 .

The same witness added that the members of the ERS committed sexual abuse against girls who were “between eleven and twelve years old” and “turned them into wives at a very young age”.

The other victim of the crime of forced pregnancy – a euphemism for pregnancy after rape – also testified anonymously, like witness P-0214, and said that Ongwen ordered her to go to her room.

“She refused to go, but saw three escorts with sticks”, it is said in the sentence, and decided to obey. “P-0214 felt pain and fear because she had never slept with a man before,” added the judges. After repeated rapes, the victim gave birth to a girl in December 2005.

These witnesses are just two of the seven women who were sexually abused by Ongwen between 2002 and 2005. The seven women “were beaten with canes and sticks at the command of Dominic Ongwen” and some of them ended up “unconscious, unable to walk. and with permanent scars, “added Judge Schmitt. Other crimes committed by the former LRA commander are attacks against the civilian population, murder, torture, persecution, slavery and the recruitment of child soldiers.

Ongwen’s legal team, which has the possibility of filing an appeal, had argued that their client was a victim of the LRA, as he was enrolled in the armed group as a child and claimed to blindly obey its leader, Joseph Kony. The Hague-based court will announce at a later hearing how many years Ongwen will have to spend in prison, who was transferred to the ICC detention center in January 2015