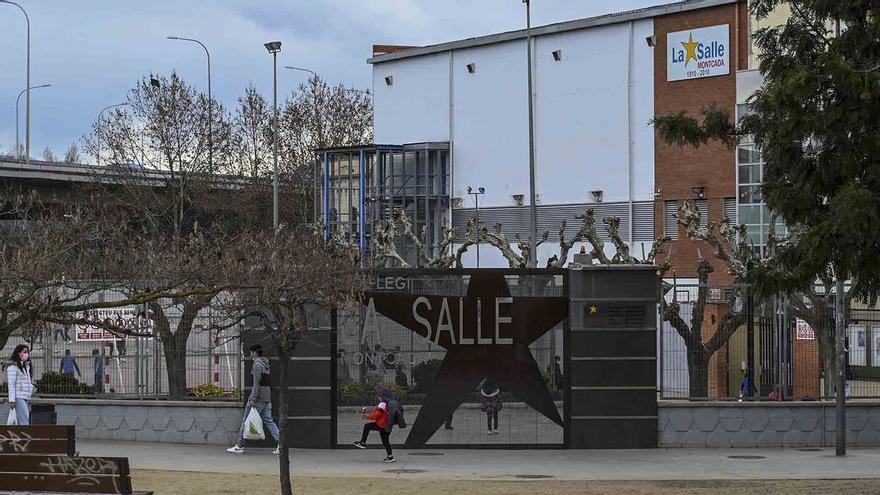 A group of ex student from The Montcada Hall who identify themselves as students belonging to the generation that attended BUP at the beginning of the nineties, has shared on their social networks, this Tuesday at noon, a message of support for the victims of the sexual abuse from teacher Jesus Linares. It is also a message from outrage with the religious institution what in 1986 transferred Linares to the Montcada school from Premià de Mar despite knowing that it was a predator, as shown by the various testimonies collected in this investigation of El Periódico de Catalunya, medium that belongs to the same group as this newspaper. Among other notices, that of the parents of the writer Alejandro Palomas, raped by Linares in the mid-seventies, who went to the school management to report what had happened but those responsible, instead of removing Linares from any contact with minorsthey asked for discretion and let this teacher continue abusing for fifty more years.

The communication of these students of La Salle Montcada begins by assuring that, after knowing the seriousness of the sexual abuse committed by Linares –thanks to the testimony of the writer Palomas and the subsequent news published by this newspaper–, they suffered "an initial shock due to the magnitude of what was reported". A blow that, as the days went by, gave way "to reflection and awareness that invasive and intolerable behaviors that we suffer as his students are just the tip of a huge and terrible iceberg". These former students wonder how an institution like La Salle, which knew how "one of its teachers" acted, could allow Linares to continue practicing "teaching" and "putting the moral and physical integrity of more minors at risk" instead of taking measures "to protect" the students. That decision meant that Linares left Premià de Mar (Maresme) and settled in Montcada i Reixac (Vallès Occidental) , where he continued to abuse students, some of whom are classmates of the signatories.

The letter that several students have shared through their social networks ends by stressing that "the engine" that has pushed them to "write" these lines is to "embrace and accompany the extremely painful testimony of Alejandro Palomas and that of any student who, having felt prepared or not to share his experience, he felt violated by the behavior of this teacher".

Lastly, the letter, which is disseminated with the hashtags #lasallemontcada and #elsilencioescómplice, ends by assuring that they feel "sad, shaken, confused", that they are asking "many questions in recent days" and concluding that for them "the silence" of all these years has made "accomplices" those who knew what was happening and said nothing.