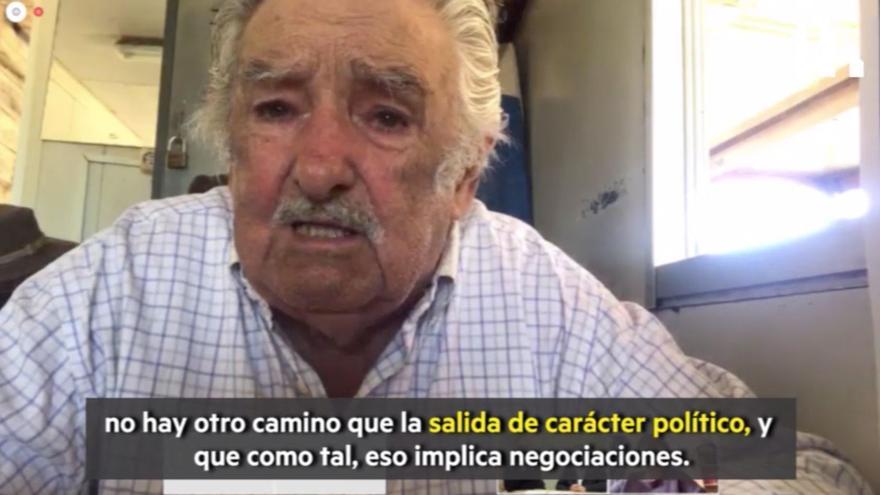 The former president of Uruguay and leader of the Frente Amplio formation, Pepe Mujica, met this week with the leaders of ERC, Oriol Junqueras and Raül Romeva, in a telematic meeting from the Lledoners prison where the independentistas are serving their sentence. “I am a friend of all those who are imprisoned for political reasons,” said the Uruguayan politician, who has been in favor of the “political solution” and the negotiation to give way to the Catalan conflict. “Comrades, count that we will always be there to help at the dialogue table,” says Mujica in the video released by ERC.

During the meeting, Junqueras expressed to the former Tupamaro leader the gratitude of the formation for the support received from Uruguay. ERC and the Uruguayan Broad Front have historically had strong common ties and even shared militants. “We have always viewed with sympathy the causes for justice and freedom in Latin America and throughout the world. Our struggle is also within the democratic struggle of many of these peoples,” said the independence leader.

Mujica’s is not the only meeting with international leaders that ERC leaders are celebrating these days. This same week, the former leader of Irish Sinn Féin, Gerry Adams, held a videoconference with Oriol Junqueras and Raül Romeva in which he conveyed support among pro-independence supporters. “The links between the struggle of the Catalan and Irish people are from a long time ago”, stressed Adams, who participated in the meeting together with the current president of the Sinn Féin national committee, Declan Kearney.

As in the case of Mujica, Junqueras thanked Adams for the support shown by the Irish movement, a link that the republican considered “very important” for “the common struggle for human rights and democracy.” Adams responded by wishing that “knowing that you are right is a small comfort.”

Both Mujica and Adams have gone through stays in prison, including Christmas, as is the case with Junqueras and Romeva. For this reason, both the Uruguayan and Irish leaders have had words about this situation. “I know what that is, that’s why I remember all the political prisoners,” Mujica said. In the same way, the Sinn Féin said that the prison “is not a pleasant place” at Christmas, but invited those of ERC to think these days “almost as a necessary part of the fight” to achieve the “freedom of the Catalan people “.