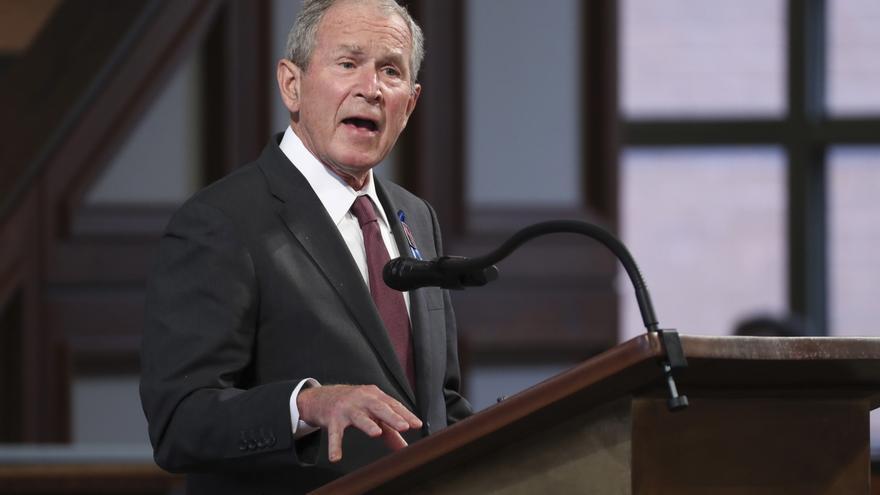 Washington, Apr 21 (EFE) .- The George W. Bush Presidential Center in Dallas, Texas, inaugurated this Wednesday an exhibition of 43 portraits of immigrants painted by the former president and accompanied by their stories.

The collection of oil paintings and stories, titled “Out of Many One: Portraits of America’s Immigrants”, reflects the importance that Bush, who was in the White House in 2001 to 2009, he has assigned to immigration throughout his political career.

“Immigration is ultimately a sign of a confident and successful nation,” Bush said. “It says something about our country that people from all over the world are willing to leave their homelands and their families, risking everything to come to our country.”

In recent interviews, the 74-year-old Bush has said that the biggest disappointment in his presidential tenure was the failure to achieve comprehensive reform of the US immigration system, which keeps more than 11 million foreigners illegally.

In an interview with the Telemundo network, broadcast on the occasion of the parallel launch of his book of portraits and stories of immigrants, Bush said that he had started painting “from scratch, without prior knowledge, about eight or nine years ago.”

“We all come from different backgrounds but we are united by American values,” he said. “That is the beauty of our country, and it is important that people remember that, that immigrants enrich our nation.”

Bush recalled the role that Paula Rendón, a woman from Cuernavaca, Mexico, played in his life and that of his brothers, who was his nanny and, for him, “a second mother.”

“Paulita was my first real encounter with the history of immigrants. Obviously, it stayed in my whole life, and I am very happy to have painted it,” he said.

The exhibition at the Presidential Center will remain open to visitors until January 3.