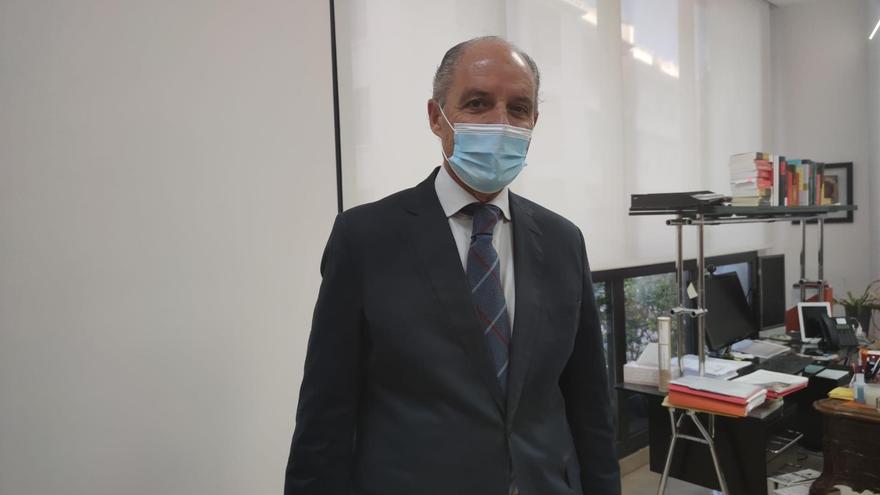 “Regarding me, the Anti-Corruption Prosecutor’s Office never seeks the truth, it seeks that I do not escape, it is a very curious thing, it is a great paradox. The Public Ministry, State officials, whose only objective is that I do not escape.” At one o’clock in the afternoon and in a law office in the heart of the city, the former president of the Generalitat Valenciana Francisco Camps reappeared, claiming to be the victim of “persecution” by the Anti-Corruption Prosecutor’s Office and “socialist” judges.

Camps called this Saturday to various media to make a statement after the Court of Instruction number 5 of Valencia has ordered the provisional dismissal of the case against him and various positions of the Executive that he directed for alleged irregularities in the contracts of the V World Meeting of Families Foundation (FVEMF) for the visit of Pope Benedict XVI to the city in 2006.

The former popular president has denounced that he has been indicted for “twelve years without interruption” in nine cases at the request of the Anticorruption Prosecutor’s Office, of which two remain open, as he recalled, and the rest are acquitted or archived. “It is a crime novel, very black and a part of the novel also somewhat pink,” he ironized. The former president has uncovered the nine causes and highlighted that four are “as a consequence of the pact between Ricardo Costa and Álvaro Pérez with the Anticorruption Prosecutor’s Office in their corresponding trial in Madrid on the alleged irregular financing of the PP”, in which these have “varied completely his argument and his story. ”

Camps places as the “intellectual origin” of his research the “conversations of Villarejo, Dolores Delgado, Baltasar Garzón, all being happy and drinking wine” and considers that “this does not happen in Cuba or North Korea or Venezuela, which are great dictatorships “, in addition to questioning the rule of law. “” Ultimately these issues are what break the rule of law. In my case the rule of law is very broken and, of course, I will go until the end, “he indicated, to ensure that he will defend himself in court against the accusations.